Quite a short stage, very easy and smooth.

We arrive at the Futa Pass, where the great German Futa Pass Cemetery deserves to be visited, as it welcomes the fallen of the last world war.

In case of rain, the paths are particularly muddy due to the traces left by the deforestation vehicles. Therefore, the sloping sections (especially the climb to Monte Citerna) can be very slippery and difficult.

We leave Montepiano on the 00 path, immediately uphill (about 200 m height difference), immersed in the beech forest. After passing the hill of Poggio Mezzana, we go down to the La Crocetta pass (817 m) and continue on the 00 path, which becomes wider and more suitable for vehicles. We resume altitude in the dense forest of spruce trees, we reach Poggio Giogana (977 m) and proceed for a stretch along the hillside, we go around Monte Spicchio from its north side.

We reach a wide pass and cross an asphalted road. The noise of cars resounds in our ears: the tunnel of the Autostrada del Sole passes below us. We face the short climb (approximately 150 m height difference) to Monte Citerna (958 m): the stretch, although short, is very steep, it is necessary to dose your energy. In the bushes, we see the (few) remains of the Rocca di Migliana and an old trench of the Gothic Line. From the summit, the view extends to the city of Florence.

We cross the hill and take the old asphalted road, which goes down gently into the woods, to arrive at the historic Passo della Futa. During the Second World War, it was the scene of bitter battles and today it houses the German Futa Pass Cemetery.

During the Second World War, some of the bloodiest battles on Italian soil took place on the peaks surrounding the Futa Pass.

The Gothic Line, which we have often encountered in the journey of the previous stages, was in fact "punctured" here by the Allies, who broke through the Nazi defenses between the Passo del Giogo and the Passo della Futa, in September 1944.

The battle was very hard: the Germans, in anticipation of the enemy plans, had concentrated some of the best divisions in this section, albeit decimated and without reservations, with the order to defend the positions "up to last man and up to the last cartridge".  On the other hand, the motto launched by US General Clark to motivate his troops was “in Bologna before Christmas”.

An interesting fact. The official name of the Gothic Line was Grune-Line, ie "Green Line": Hitler wanted to change the original name, linked in this way to the Germanic population, for fear that the loss of his position would undermine the spirit of his people.

In 1955, Germany obtained permission to build a funerary monument to its fallen soldiers at the Futa Pass.

The German Futa Pass Cemetery is located on the slopes of the high elevation, perfectly inserted into the surrounding landscape, and on the top of the hill, above the crypt, rises a simple triangular stone structure, 12 meters high, a symbolic "splinter". The tombstones are engraved with the names of the German soldiers buried here, or with the words ein unbekannter deutscher Soldat ("an unknown German soldier"). Arranged on the very green meadows, the granite slabs recall the orderly lines of an army. Of the 110,000 German soldiers who died in Italy, more than a quarter are in this cemetery, built with no room for patriotic or military rhetoric. Nothing like 31,000 graves before one's eyes makes the atrocity of war evident and measurable: a silent lesson of peace and humanity.

The straccioni are a pasta prepared by dropping the semi-liquid dough (made without egg) into boiling water.

They are traditionally seasoned with a garlic and walnut pesto, also called agliata.

Starting point reachable by bus from the city of Prato. 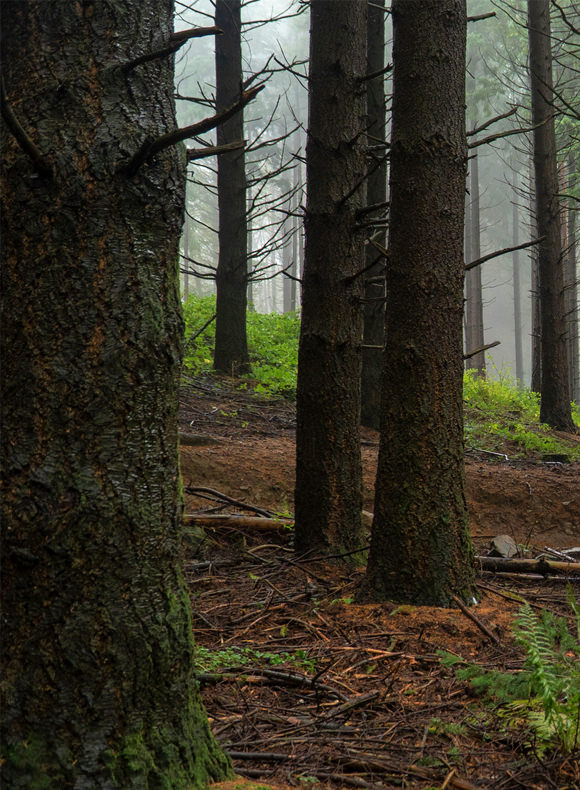 “Bad weather seems to be a mantra, and after the excess of the previous night, we suffer the blow even more” 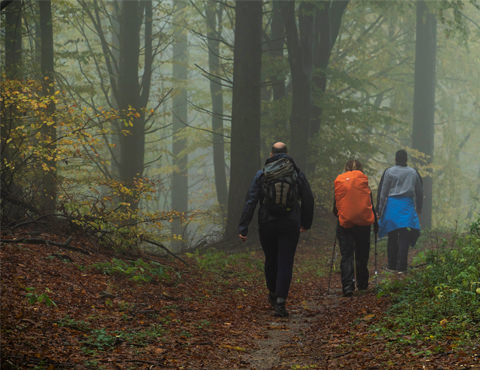