Short and easy stage, all downhill to the beautiful town of Tirano, starting point of the Trenino Rosso del Bernina.

In the beautiful center of Tirano, we breathe the city’s atmosphere after days in the wilderness!

The stage is only downhill (approximately 1,600 m drop). We take the path that loses altitude across (overcoming some stretches of invasive vegetation at the beginning), towards Sovo. Here, the path becomes a carriage road: at the second bend we take the wide downhill track towards Pra Fontana.

We continue on a carriage road that takes us to the town of Baruffini. We go down until we reach the historic center of Tirano.

We are in Valtellina.

The Trenino Rosso, (Little red train) so-called for the color of its wagons, is the highest train in Europe (and without a gear rack!): It reaches 2,253 m at Ospizio Bernina, before getting off at St. Moritz. Since 2008 it has become a Unesco World Heritage Site.

Tirano was the place where it took place the first episode of what will be remembered as "the Sacro Macello", "the sacred massacre". The massacre took place between the night of 18 and 19 July 1620 against the Protestants present in the territory of Tirano and Teglio (who dominated Valtellina in that period). Between 400 and 600 people died at the hands of pro-Spanish Lombard Catholics.

The nature of the episode is both religious and political: the Sacred Massacre is in fact part of the Thirty Years War, fought throughout Central Europe from 1618 to 1648.

From Tirano came Luigi Torelli, one of the protagonists of the 5 Days of Milan (he lifted the Italian flag, Tricolore, on the Duomo, at the end of the battle).

The beautiful Sanctuary of the Madonna di Tirano was built after the apparition of the Madonna in 1505 and finished in 1513 (a record time!): it is considered one of the most beautiful examples of the Lombard Baroque and is the most important religious monument in the whole Valtellina. The church inside is richly decorated: the immense pipe organ stands out, supported by eight columns and made up of about two thousand pipes.

In 1636, as a sign of devotion, the notorious Cardinal Richelieu decided to donate his precious vestments to the Sanctuary and they are still preserved in the Tiranese Ethnographic Museum (for more info, timetables and tickets, see the following LINK).

Curiously, the city churches, including the sanctuary, belong to the municipality and not to the Church.

The Taneda is the typical local bitter. Much less complex than the more famous braulio, it is composed of the alcohol infusion of simple leaved milfoil, actually called taneda in dialect.

In Tirano there are numerous accommodation facilities

The nearest location reachable by bus is Tirano, starting from the city of Sondrio.

The nearest location reachable by train is Tirano, starting from the city of Sondrio. 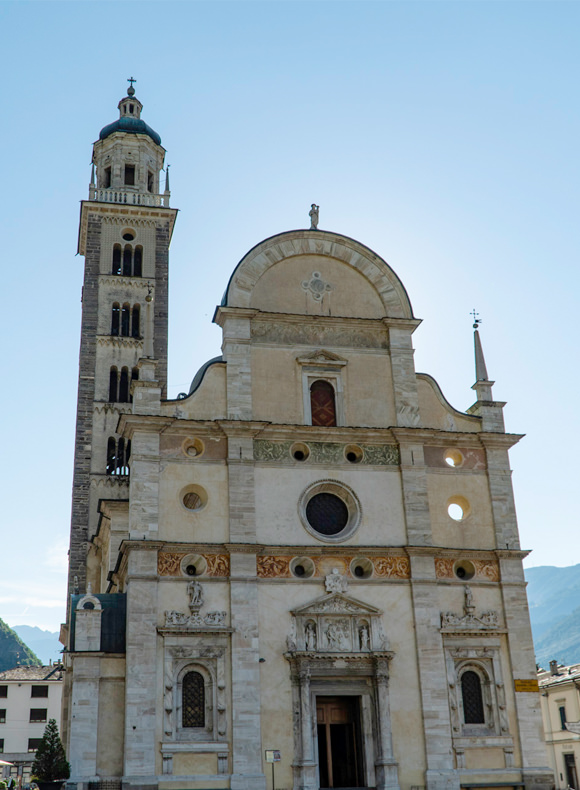 “The mayor proudly shows us the keys of the Sanctuary: churches here belong to the municipality and anyone can get married inside ... ” 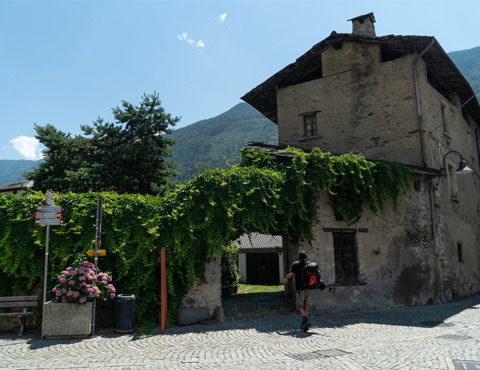