A stage of good length and moderate height difference, but without any particular difficulties, with which we enter a new region, Campania. The landscapes are varied, from the plain of Campitello Matese to the splendid Lago del Matese.

The last stretch passes through the charming villages of San Gregorio Matese, Castello del Matese and, finally, the old and abandoned part of Piedimonte Matese.

The downhill sections are very steep and slippery.

The signs are not always clearly visible and sometimes not there at all: It is good to follow the GPS track.

Some short sections of the trail are overgrown with vegetation.

During the initial ascent, you can easily encounter sheepdogs due to the flocks of sheep.

From Campitello Matese station we take the path that crosses the entire plain in a south-easterly direction. At the reservoir we come across a carriage road and then a path. We start to climb (about 150 m height difference) until we reach a plateau where it is likely to see cows grazing. We are east of Colle del Monaco and it is advisable to keep an eye on the GPS track as there are no CAI signs.

As soon as we reach the pass (and enter Campania!) we start the descent (about 550 m drop), which is very steep but well marked. We reach the shores of the splendid Lago del Matese and follow an asphalted road along the western coast. At the playground we take a small path uphill, which after a few metres leads into an enchanted beechwood.

We go uphill again (about 200 m height difference) until we reach a pass and the asphalt road again. Then take the path on the left that goes downhill (about 450 m drop) until you reach the village of San Gregorio Matese (where the most tired can interrupt the walk), which you cross for the most part until you reach the downhill state road. After 500 m, at the first hairpin bend, take a small, rather dirty track that crosses all the hairpin bends in the road, losing altitude (about 100 m drop). We continue along a carriage road that, still descending, leads us to a road and we reach Castello del Matese.

At the southernmost point of the village, at the height of the Cappella del Purgatorio, we take a very wide and well-marked path that goes down to the old part of Piedimonte Matese (about 200 m drop).

Piedimonte Matese is the largest municipality in the upper region of Caserta and is rich in Baroque churches.

In the past it was also the seat of a bishop and the landmark building in the city's history is undoubtedly the Palazzo Ducale, the seat of power since the foundation of the municipality. Today, the building, waiting to be restored, continues to tell the ancient history of the village, in particular the little-known story of Aurora Sanseverino, a noblewoman from the famous Sanseverino family (one of the seven great families of the Kingdom of Naples) who wanted to build a small theatre next to the Palazzo Ducale. Aurora was a poet and cultural icon (the most important artists of the Kingdom of Naples frequented her salons) and an example of female emancipation: she was a skilled hunter (she took part in wild boar hunts in the Matese mountains) and also an amateur actress. Of her poetic work, only a few sonnets have survived, which modern critics consider of little artistic value, not so to the linguist Niccolò Tommaseo, who acknowledges Aurora Sanseverino's contribution in overcoming the baroque and marinist styles.

On 25 August 1860, thanks to funding from Beniamino Caso, 435 men gathered and put themselves at the service of Garibaldi against the Bourbon troops. The Matese Legion operated mainly in Benevento and Isernino; it was particularly involved in the battle of Pettorano.

The so-called “brigands” were largely loyal to the Bourbon dynasty. The strategy used to counter the guerrilla phenomenon, which occurred mainly in the most remote villages in the mountains, was induced treason - by paying the brigands to betray their leader. This is how Domenico Fuoco, the last Matese bandit, was overthrown in 1870.

In the historic centre of Piedimonte is the complex of San Domenico (built in 1394), characterised by a beautiful cloister decorated with a cycle of frescoes (1600/1700) that runs along the porticoes of 24 Gothic arches.

The San Domenico complex is located on the foothills of Mount Cila and houses the Mu.Ci.Ra.Ma, also known as "Raffaele Marocco" civic museum. It was reopened in 2013 and is dedicated to Raffaele Marocco, who in the early decades of the 20th century devoted himself to excavations in the nearby archaeological area of Mount Cila, where megalithic walls (7th/6th century BC) can be admired. The most important discovery of the site is the Corridore del Monte Cila (about 460 BC): a statuette from the Samnite period depicting an athlete presenting the belt of victory to the gods as a sign of thanks (the votive miniature is now in the National Archaeological Museum in Naples and is being restored).

A splendid example of late Gothic architecture is the church of San Biagio, built between 1300 and 1400 by the Iacobucci family.

Inside the church you can admire a cycle of frescoes depicting the stories of San Biagio and those of the Bible. These frescoes are considered one of the best examples of late Campanian Gothic.

Above the village of Piedimonte lies Lago del Matese, the highest karst lake in Italy.

It is home to lush underwater vegetation and numerous fish: pike, carp and tench. Paddling on its surface in a canoe, you will feel like flying over a real forest.

The Alifana onion has always been cultivated in the fertile Alifa plain downstream from Piedimonte Matese. Its special sweetness and flavour make it a unique product.

With its intense copper colour and flattened tips, this particular variety of onion was already known in Roman times: gladiators sprinkled it on their bodies to strengthen their muscles. The Alifana onion was also of great importance in the Lombard period, so much so that it was used as a medium of exchange for rent or as a valuable gift. Many considered it to be an excellent remedy for headaches, and its special virtues included combating hair loss.

It is also called n'zerta (from the action of nzertare, i.e. making the classic braid) and was the benchmark product of the area until the 1980s, when it began its slow decline.

In recent years, thanks also to the Slow Food Praesidium, its production has increased again.

The entire Matese area is home to excellent truffles of all kinds - especially the prized white truffle. In recent years, a number of truffles of more than half a kilo have been found. Despite its excellent quality, the white truffle of Sannio is still little known outside the region.

You can find several B&Bs in Piedimonte Matese.

Starting point reachable by bus, starting from the city of Isernia. 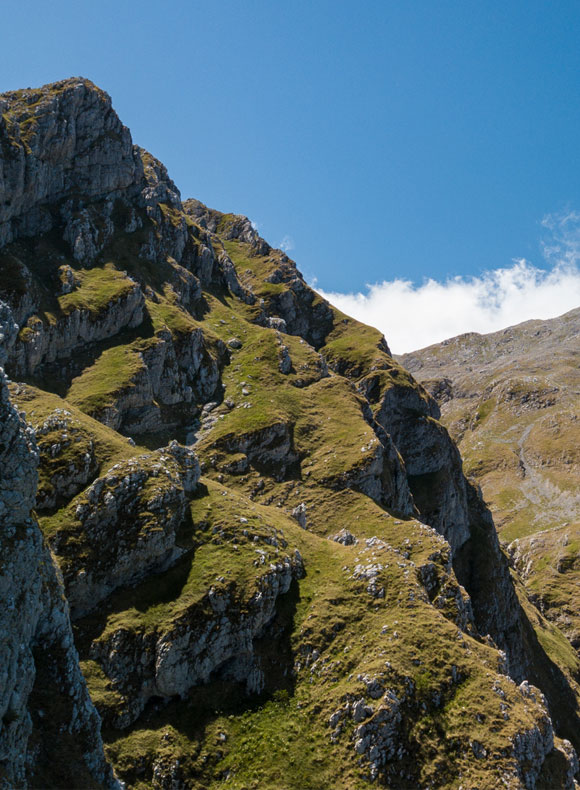 "After so many ups and downs, the view of the lake seems like a mirage" 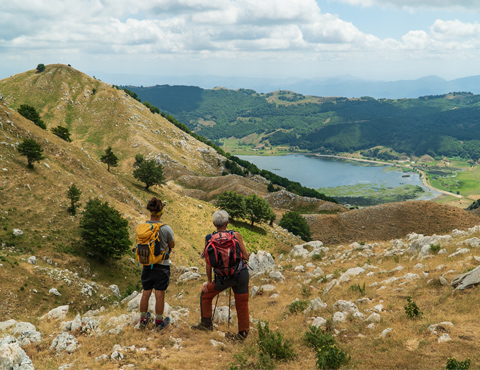