Quite a short stage and mainly with a negative elevation gain.

First along Lake Campotosto, then through the woods of the Valle del Fucino, we reach the beautiful village of Nerito.

The path along the northern shore of lake of Campotosto is absent and it is necessary to guess the path.

Overall intermittent signage: better to keep an eye on the GPS track.

Several sections of the trail are often occupied by invasive vegetation; numerous nettles.

We leave Campotosto and, cutting through the curves of the asphalted road, we go down to the carriage road that approaches the lake. Once near the shore, we must proceed on the sand (often a bit muddy) up to the north-eastern end. We look for the path that goes up to the nearby asphalted road and we continue for a few meters until we take the carriage road on the left, entering the dense woods.

Shortly after, we take the path on the right and we begin the slow descent ( approximately 400 m drop). We ford the Rio Fucino and proceed swiftly, until we reach the road that leads to the village of Tottea.

Through a very panoramic path along the hillside we descend (approximately 100 m drop) slowly towards the Vomano river. Upon reaching the valley floor, we cross the paved road and turn left to take again the path on the right, which continues smoothly up and down to Nerito.

The municipality of Crognaleto is made up of 19 hamlets and two city quarters. Nerito (location of the municipality and of the school) and Tottea are the two largest centers.

There are numerous craft traditions in the municipality, from forest cutting to iron manufacturing, from stone processing to coal production. For many the name Nerito derives from the black color of its inhabitants, who carried out the work of charcoal burners. For others, the origin of the name is due to the presence of water - in the Prelatine language, Naritum meant "place of water": today there are no rivers or streams of any kind nearby, but in the past,  there may had been significant changes regarding possible ancient springs or streams.

The hamlet of Frattoli is renowned for the presence of many stonemasons and for iron manufacturing. The hamlet of Senarica, on the other hand, in the late Middle Ages apparently had the title of Republic (granted by the Queen of Naples Joanna I) and even the possibility of minting coins. Still, there are no documents proving this investiture, as the chancellery's archive was destroyed during World War II.

In Piano Vomano there is the site of Colle del Vento, with the megalithic walls of the paladins: it is a fortified wall built with blocks of sandstone, about one cubic meter in size, perfectly cut and wedged together. In the area, there are also the remains of a temple and numerous archaeological finds have been found, dated between the 4th and 3rd centuries BC. Some scholars believe that it is the ancient city of Beregra (of the Liburnian people), mentioned by Thucydides and Pliny the Elder.

Every year in Nerito, on December 24th, the Christmas Fire is lit and hundreds of tons of wood burn continuously to keep it alight until January 6th. It is a propitiatory rite for the new year and also a symbol of respect and gratitude towards the greatest resource in the area: wood.

The fire, a symbol of purification and rebirth, becomes the village fireplace during the Christmas holidays, around which people gather to chat and talk.

In the hamlet of Alvi, there is the Chiesa di Santa Maria Apparens (from 1300). According to the tradition, the church was built after the apparition of the Madonna to a French soldier who, close to death, invoked her. Our Lady saved him, however, asking him to build a temple in that location and dedicate it to Her. The soldier kept his promise.

The ventricina is a cured meat typical of the territories on the border between Abruzzo and Molise: the several variants have some important differences.

That of Crognaleto, called assogna, is a different sausage from the ventricina of Vasto or Molise, as it is much fatter; it has only a few parts of meat (finely minced). In addition to the sweet or spicy pepper that characterizes it with its red color, orange peel and garlic are typically added. The ventricina di Crognaleto can be eaten even after a very short seasoning and, although excellent spread on bread, it is often used to flavor many other recipes.

The name ventricina derives from the sausage making, once made with the stomach or bladder of the pig.

Departure point reachable by bus, starting from L'Aquila with a change in Poggio Cancelli. 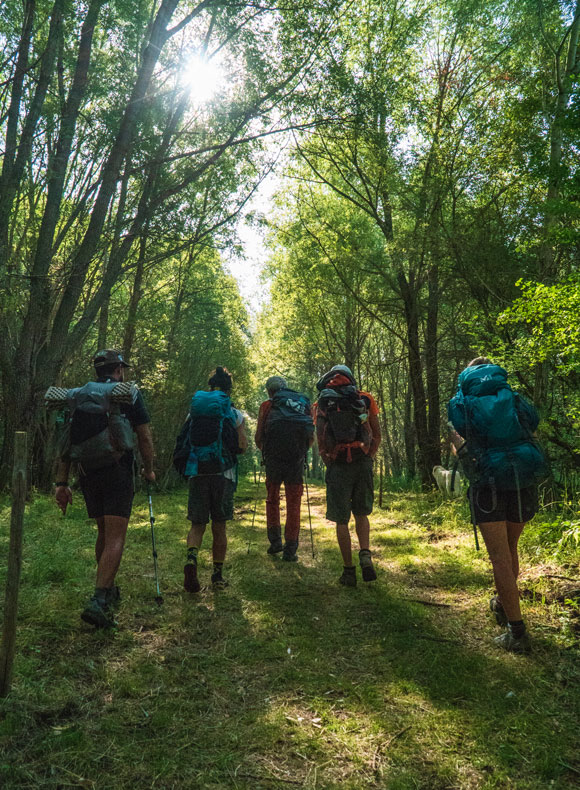 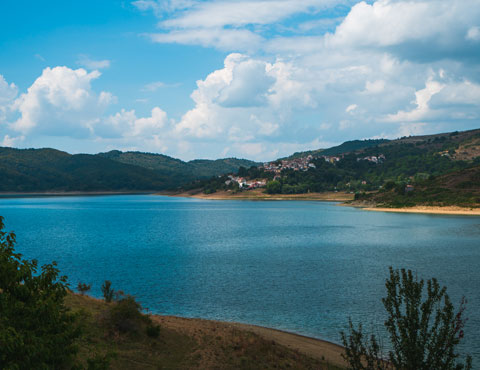