A short and very intense stage in every respect: there is hardly any path, but the landscapes are breathtaking, with Rocca Novara (1,340 m) and the view of the Isole Eolie (Aeolian Islands) stealing the show.

The climb you face once you leave the paved road is practically on a non-existent, very steep and plant-infested path: you must have good experience and a sense of direction and constantly watch the GPS track.

Signage is practically non-existent; you will only find it sporadically on the descent to Novara.

Along the entire route you will pass barbed wire gates again and again, which you must open with caution (and close again).

The possible ascent to Rocca Novara, which is very satisfying, is reserved for the most experienced due to the steepness of the path to the summit cross.

The descent to Novara is via a path overgrown with plants, which is sometimes not easy to see.

We leave Centro Le Miniere on an asphalt road and start the long climb (about 400 m height difference in total) in hairpin bends. After a few kilometres, we leave the asphalt road near some huts and take the path to the left. The climb becomes very steep from here on and leads along an almost non-existent (unmarked) path overgrown with plants. You have to orientate yourself by sight to find the right path among the brambles, nettles and holes dug by wild boars; the route is anything but easy.

Eventually we come to a wide grassy plateau, in the middle of which is a well populated by grazing sheep and horses. We veer west and shortly afterwards comfortably reach the saddle at the foot of the majestic Rocca Novara (1,340 m), a spectacular rock pyramid that the islanders also call “the Matterhorn of Sicily”. Experienced climbers can reach the summit’s cross by taking the small path along the south face (about 150 m height difference). To the north, the Aeolian Islands rise one after the other.

From the hill we begin the descent (about 550 m drop), first on a wide gravel track, then continuing in a straight line on a small path along the ridge, bypassing a fence to return to the gravel track through a gate and reach Contrada Poma. We return along a small path that is not always visible, passing through several gates (remember always to close them) until we enter more and more into the woods that lead to Novara di Sicilia, a splendid village in the Sicilian hinterland.

The beautiful village of Novara di Sicilia is rich in buildings, noble palaces and churches, streets and fountains where you can see the skilful use of stone.

Indeed, the village is famous for its stone carvers, scarpilleu in dialect, a craft that has been passed down through the centuries. The art of the stone carvers in Novara specialises in working sandstone.

Five years ago, the village of Novara di Sicilia celebrated the solemn apotheosis of the Apoteosi dell'Assunta (Assumption of Mary). On this occasion, the fifteen statues of saints scattered in the churches of the town are gathered in the cathedral, where they remain for 15 days.

The largest church in Novara is the Duomo di Santa Maria Assunta, which has survived numerous earthquakes and undergone many changes over the centuries.

In front of the high altar is the crypt, accessible through a trapdoor, where you can see the mummies of priests and canons of the parish - impressive! The mummies are preserved despite contact with the air: they are not mummified but dried by removing all fluids from the body. In the room, you can see the drip pans used for this practise, which could also take place in the niches themselves.

Downstream from the village is the Giorginaro watermill, built in 1690, the last of 14 that were fed by the San Giorgio stream.

The canal system that feeds the mills was built by the Arabs and uses the pressure exerted by a series of collecting basins that end in an inlet that narrows from three metres to six centimetres (saitta). The pressurised water that flows out of it feeds the horizontal wheel of the mill.

Timilia, an ancient variety of wheat, was mainly milled here, and efforts are now being made to restore it. Another special feature of the mill is that each customer brought a holy card of his patron saint and attached it to the millstone for good luck - you can still see the cards hanging there today.

The symbolic product of Novara di Sicilia is the Maiorchino, a sheep and goat cheese with great maturing potential - it can ripen for up to thirty-six months. It owes its name to Majorcan, an ancient variety of wheat that has almost disappeared today. It used to be said that the best cheese came from the pastures of the Mallorcan fields.

Today, the historic sheep's cheese is one of the Slow Food Presidia, not only for its excellent qualities, but also for the tradition of the gioco della ruzzola (Ruzzola’s game): during Carnival, the “Tournament of the Maiorchino” takes place, where the inhabitants of the village challenge each other to throw the Mallorcan cheese wheel from the village square to the Giorginaro mill - whoever manages the feat (with the fewest throws) is the winner of the tournament.

The starting point is NOT accessible by bus.

The nearest location that can be reached by bus is Fondachelli Fantina (Evangelisti Rubino), starting from Messina changing in Barcellona Pozzo di Gotto. 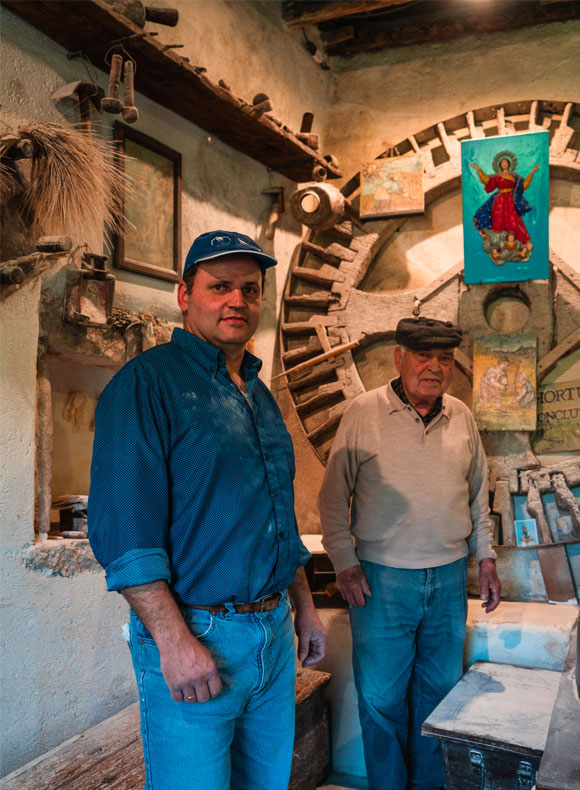 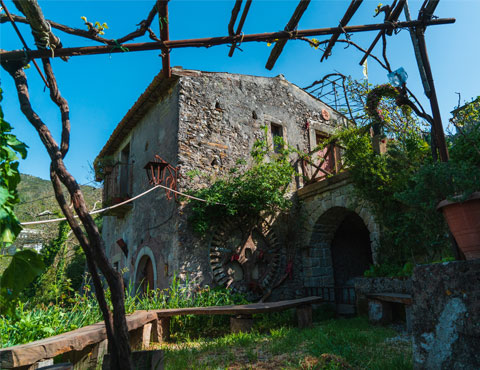