A medium-length stage, mostly downhill. A "resting stage" compared to the challenges and difficulties of Sentiero Roma: not very demanding from the physical and visual point of view (the uniform landscape and the mind can rest, after so many wonders).

With a descent of 4000 steps carved in the rock, we return below 1000 meters of altitude. We conclude the stage on the shores of Lake Como.

If wet, the steps from Codera to Novate Mezzola can be very slippery.

During the summer, the only real difficulty of the stage is the humidity of the lake climate. Moreover, the stage is almost entirely exposed to the sun. It is recommended to drink a lot.

The first section is a long cross path with ups and downs, very airy, along the Sentiero degli Scalpellini. Arriving at the Avedee huts, the landscape opens onto Lake Mezzola. From there begins a long descent (about 600 m drop) on thousands of steps carved into the rock (some of which were signed by the stonecutters themselves), towards Novate Mezzola.

Once in the valley, we pass the town of Novate Mezzola and take the cycle path that runs along the lake. We then cross the large plain south of the lake, taking us to the Mera river. After passing the watercourse, we travel on a short stretch of asphalted road, to resume a path that, skirting the Mera, leads us quickly to Sorico.

The Pian di Spagna is an alluvial plain of almost 1,600 hectares and is located between the upper lake Como, Valtellina, and Val Chiavenna. It owes its name to the Spanish presence in this area in the 17th century.

Valtellina was in fact a fundamental passage area to connect Spanish Lombardy to Tyrol, belonging to the Habsburg dynasty reigning in Spain at the time.

In Roman times, the lake Lario was one with the Novate Mezzola lake. Over time, the alluvial material brought by the Adda, accumulating, formed the current Pian di Spagna, separating the two lakes which nevertheless remained joint by with the Canale del Mera.

Continuous floods caused serious problems for local populations for centuries. In 1858 the reclamation works began and ended in the mid-20th century.

Pian di Spagna, the result of centuries-old interactions between human activity and natural history, has become a Natural Reserve, characterized by the rich presence of both animal and plant species of great interest.

Even today, it is possible to visit the remains of the Fort Fuentes, built by the Spaniards in the early 1600s in Colico. In the centuries in which they were under military control, soldiers faced water scarcity and malaria more often than sieges of enemies.

The missoltini is a specialty of Lake Como. They are alosa agone, lake fish, salted, and dried in the sun. With an intense and decisive flavor, they are grilled, seasoned with oil, vinegar, and parsley, and are usually accompanied by polenta.

There is evidence of the missoltini, which owe their name to the wooden barrels in which they were stored after drying, in the writings of Pliny the Younger.

In June the inhabitants of the lakeshores engage in fishing and processing the agone.

In Sorico there are several accommodation facilities.

The closest location reachable by car is Novate Mezzola.

The closest location reachable by bus is Novate Mezzola, starting from the town of Morbegno.

The closest location reachable by train is Novate Mezzola, starting from the town of Morbegno with a change in Colico. 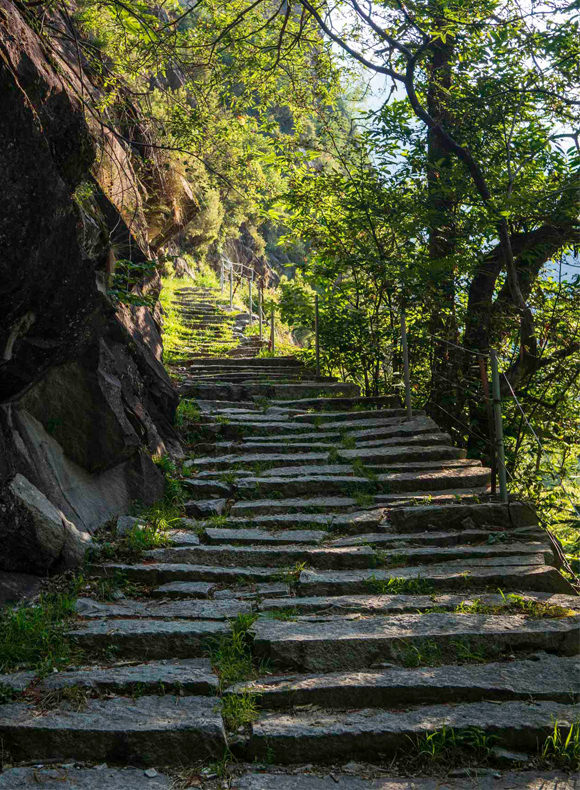 “How sad it is to come down from Codera in the evening ... what a difference, between the cool Val Codera and the humid heat of the Pian di Spagna” 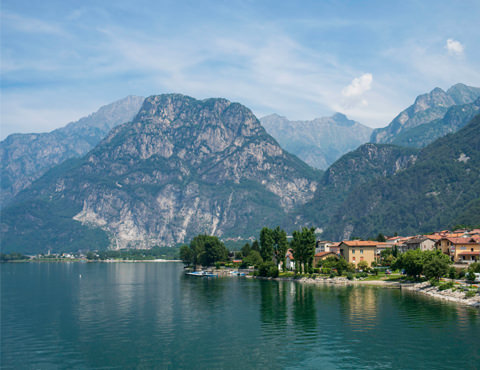