This is a medium-length stage with little difference in altitude (except for the last climb), which is very smooth, although it is mainly on asphalt. We arrive in the beautiful village of Sicignano degli Alburni, situated at the foot of the cliffs of the MontiAlburni.

Much of the stage is asphalt; some sections (not many) are on roads with some traffic, where you have to be careful.

In the second half of the stage there are almost no signs; pay attention to the GPS track.

We leave the (lovely) centre of Contursi Terme we take a road ( with little traffic ) through the countryside, which very slowly loses altitude (about 100 m drop) until we pass a small ford; shortly after, we reach the Tanagro river and ride on a dirt road along the river, with slight ups and downs, almost always in the woods. We then return to the asphalt road, pass under the motorway (just after this we come across a fountain) and continue along it for about 1 km until we separate from it and shortly afterwards merge onto a provincial road with little traffic; after crossing a bridge over the Tanagro, we continue along the provincial road, gaining a little height (about 150 m height difference).

After about 3.5 km, turn left onto a small road and reach the slopes of the north-eastern slope of Mount Alburni, along which we ride on the plain. Shortly after passing a fountain with a couple of tables, we take a small road to the right and start the last climb (about 300 m height difference). When we reach the small village of Galdo, we cross its narrow streets and take the stairway path that climbs steeply but steadily with several steps. On the way up, we come across a new fountain near a telescope available to hikers, offering a view of the valley below. Finally, we finish the climb and enter the village of Sicignano, guarded by a beautiful castle topped by huge walls of white limestone.

At the foot of the village of Sicignano lies the hamlet of Galdo.

The small village is connected to Sicignano by a short footpath (called “Santa Domenica”) that leads up to the castle, otherwise you have to drive ten kilometres to connect the two municipalities!

The Alburni Mountains are a mountain range that is part of the National Park of Cilento, Vallo Diano and Alburni. Its name comes from the white limestone it is made of: the white recalls the albumen (albus) that makes up Alburni.

The geological peculiarity has given rise to the classic phenomena of karstification; we are therefore in an area rich in caves, dolines and sinkholes, especially on the Sele Valley side.

The Alburni Mountains are located in the Lucanian Apennines and are known as the Dolomites of Campania. According to Virgil, the locals believed that the Alburni Mountains were Titans who, after fleeing Neptune's wrath, "settled" here from the Tyrrhenian Sea.

The poet Girolamo Britonio was a native of Sicignano degli Alburni.

He lived between the 15th and 16th centuries and was a member of the literary circle of the poetess Vittoria Colonna, which also included Michelangelo Buonarroti and Ludovico Ariosto. During his time as a courtier of the Prince of Salerno, he published his first juvenile work, in which he wrote Gelosia del Sole (Jealousy of the Sun), a sonnet in which the amorous themes appear (the sun is jealous of the beloved woman) that were to accompany the poet's entire career.

The symbol of the municipality of Sicignano is the castle that stands on the promontory above the hamlet of Galdo.

It was built in the year 1000 by the Lombards at the behest of the Prince of Salerno and then passed into the hands of the Normans and later the Swabians. The architecture that has survived to the present day is undoubtedly the result of later alterations, using techniques and devices from the 14th or 15th century. In the mid-19th century, the castle was acquired by Count Luigi Giusso, after whom it is now named, and a century later his great-grandson donated it to the municipality, which renovated it.

The castle offers a magnificent view of the Sele Valley and a walk within its walls gives the magical feeling of having travelled back in time.

In Sicignano degli Alburni, Tagliolini are a typical dish. They are prepared with pork broth during the carnival period. 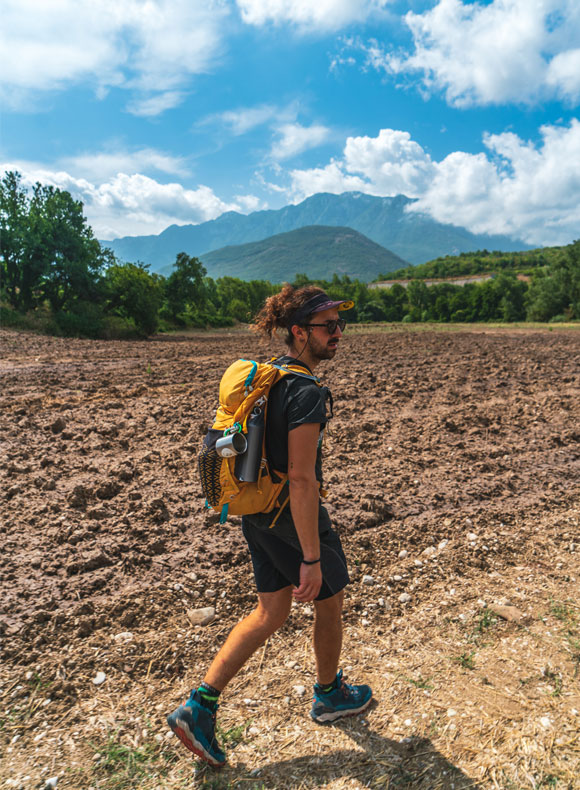 "As we walk along the valley floor, the spectacular limestone walls of the Alburni, a jewel of this region, rise before us" 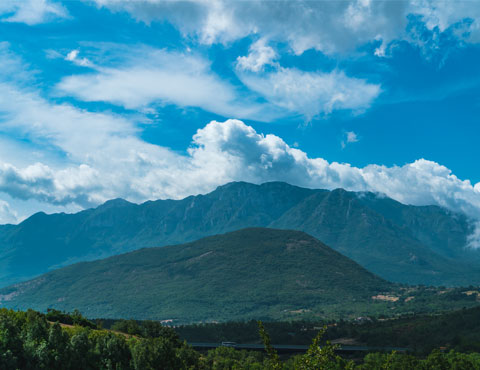