An easy stage with little positive elevation change; almost entirely on asphalt, but still fun and smooth. You start with a beautiful view and pass through several small villages.

Watch out for traffic as it is mainly on asphalt.

Can be ridden entirely by mountain bike, although be aware that the bike will have to be carried by hand in some sections, in the second half of the stage, where there is a stretch of uneven road and some steps.

We leave Senerchia and the Monti Vicentini Regional Park. On a little-used asphalt road, we slowly descend (about 450m drop), which gives us a beautiful view of the Valle del Sele. We pass several hamlets of the beautiful municipality of Oliveto Citra, characterised by the presence of well-kept vegetable gardens, olive groves and cornfields; we remain on the main road, cross several water points and, after Bagni di Contursi, we turn right towards Pruno Sottano. After about 600 metres we turn right and take a dirt road that runs along the Sele river and leads us to the provincial road, from which we can see Contursi Terme above us.

We continue along the provincial road for a short distance, paying attention to the traffic, and then turn left just after the picnic area. Here a final climb (about 150 m height difference) awaits us with some very steep steps that lead us into the village of Contursi Terme. Climbing the steps and walking through narrow alleyways, we finish the stage in the beautiful Piazza Giuseppe Garibaldi.

The origins of Contursi Terme are unclear: Pliny the Elder traces the origin of the town back to the Ursentini, an Italic civilisation associated with the Lucanians and subjugated by Rome during the Samnite Wars.

Pliny the Elder himself mentions the presence of thermal baths in the Contursi area. However, although the thermal baths had been known since Roman times, the exploitation of this precious natural resource only began in the 20th century. During the 20th century, facilities were built with swimming pools and hotels, which are still the pride of the area today. Thermal parks surrounded by greenery and the clear waters of the Sele River make Contursi Terme an extremely attractive area for tourists.

During the Second World War, Colonel Robert A. Thompson of the American Army found a half-burnt manuscript bound in red leather among the rubble left by the retreating Germans. The American soldier carefully preserved it with the intention of returning it, a task he then passed on to his son Ted. It was not easy and his efforts led him to contact Georgetown University and the British Museum until, with the help of an Italian friend from the International Maritime Organisation, Ted managed to return the Red Book to its rightful owner, the Municipality of Contursi. The book contains legal documents (case law, property disputes, notarial deeds) and valuable evidence of Contursi Terme's past.

A curiosity related to Contursi has to do with Parkinson's research.

In the 1980s, research by the University of New Jersey in collaboration with the University of Naples demonstrated the heritability of the disease through the heirs, scattered all over the world, of a family that lived in Contursi at the turn of the 17th and 18th centuries.

Just outside the ancient village of Contursi is the Sanctuary of Santa Maria Incoronata delle Grazia, named a Basilica minor in 1959.

The sanctuary was founded by Franciscan monks in 1360 and is associated with several miraculous events. Lu feston p' la Maronna is celebrated on 2 July and has attracted hundreds of pilgrims for centuries. The paintings, statues, frescoes and all the decorations of the sanctuary were carried out in the 19th century thanks to the money earned by the citizens from the sale of milk and ricotta cheese.

About ten kilometres from the village of Contursi Terme are the Grotte di Castelcivita, known as the gateway to the underground Cilento.

A complex almost five kilometres long between the banks of the Calore and the south-western slope of the Alburni. The caves, already known in the nineteenth century (the first exploration took place in 1889), open at an altitude of 94 metres and develop into a main gallery that extends into various branches. The limestone formations are spectacular and impressive. Since 1972, numerous archaeological finds have been made during the explorations, dating the presence of humans in the cave back forty thousand years.

Contursi Terme lies within the "Foce Sele-Tanagro" and "Monti Eremita-Marzano" Nature Reserves, established in 1993, which encompass 39 municipalities in the provinces of Avellino and Salerno.

In recent years, the administration of the Sele Reserve Authority, in collaboration with the Picentini Regional Park, has launched a project to promote ancient grains. In particular, Saragolla durum wheat: ancient and prized, with excellent protein values, low percentage of gluten and good, constant productivity.

Saragolla is part of the universe of varieties that have been replaced by more productive and marketable cereals. The project “Le Terre dei Parchi” has launched a pasta production chain to promote this ancient wheat variety and encourage producers in the area to grow it in order to preserve biodiversity. The result is paccheri, spaghettoni and mezze maniche that tell of the past, present and future of the Sele Valley.

Starting point can be reached by bus, which leaves from the city of Avellino. 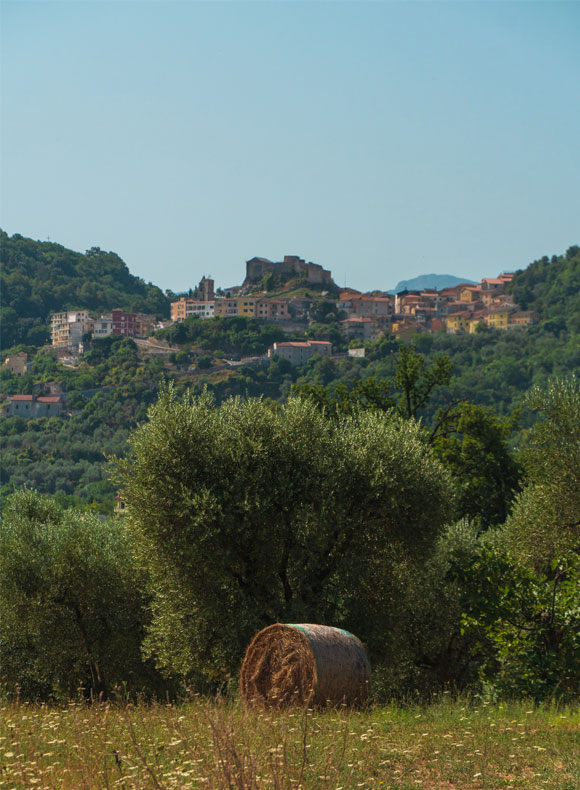 "The heat is overwhelming, but an ice-cold lemonade in the square quickly gets us back on our feet" 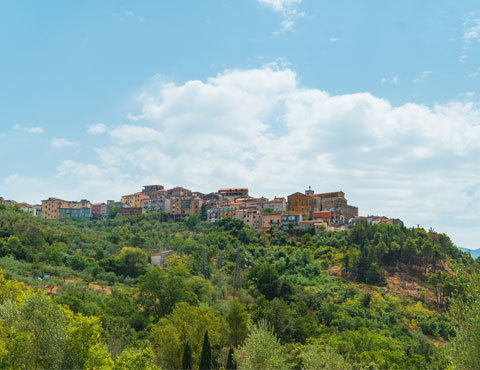