A short and downhill stage throughout, saying goodbye to the Pollino Park and heading towards Calabria, where we reach the beautiful village of Morano Calabro.

when to go
Giugno - Settembre
Suitable for

After crossing Piano Gaudolino, we return to the woods and enter the valley and immediately begin the long descent (about 1,000 m drop) towards the Morano plain. The path, which is always clear, descends with a steep but gentle slope. After a few kilometres we pass a very short, rather muddy flat section, then we leave the forest and come to the beautiful ruins of the Augustinian Monastery of Colloreto, which is worth a stop.

Shortly afterwards, we cross under the motorway through a subway and pass the farm of Colloreto. We then continue along a dirt road (asphalted in places) that first follows the slopes of Monte Timpone di Sant'Angelo and then enters the plain of Morano, where the road is finally asphalted and we make rapid progress. After a few kilometres we cross the provincial road and tackle a short climb, still on asphalt, towards the castle of Morano Calabro. We are in the first Calabrian village, one of the most beautiful in Italy.

The village of Morano Calabro nestles against a hill in a maze of streets and alleys (it was probably built in the Middle Ages by the lordship of Sanseverino di Bisignano), so much so that it deserves the admiration of the Dutch artist Maurits Cornelis Escher - who visited Morano in 1930 - and the orange flag of the Touring Club.

The origin of the town is lost in numerous hypotheses and few certainties; the origin of its name and coat of arms is also confused. For a long time it was believed that the “Moors” founded the town (the coat of arms shows a Moorish head above three conical necks), but many scholars believe that the first settlement was founded by the Enotrians, a population of Greek origin who settled between Basilicata and Calabria before the arrival of the Oscans and the colonies of Magna Graecia. Recent archaeological finds confirm the presence of a Roman settlement on the consular road from Annia to Popilia: a consular stone indicates the station of Muranum.

Just before the village, near the motorway junction, are the ruins of the Monastery of Colloreto.

It was founded in 1546 by the Augustinian monk Bernardo da Rogliano and owes its name to the Virgin of Loreto, to whom the hill was dedicated on which Bernardo began his hermit life and the monastery stood. Over the years, Bernardo had many followers, as well as patrons who subsidised the construction of the monastery.

The Congregation of the Hermits of Colloreto became an important point of reference for the whole territory until the middle of the 18th century, when its first suppression took place, which became definitive with the arrival of the French.

In the village of Morano Calabro there are numerous works of art, of which the Polyptych of San Severino stands out. It is now in the Collegiate Church of Santa Maria Maddalena and was commissioned by the feudal lord Geronimo San Severino (although some believe it was Bishop Rutilio Zenone) for the monastery of San Bernardino da Siena from the Venetian artist Bartolomeo Vivarini.

Painted in 1477, the polyptych shows the Madonna and Child in the centre, surmounted by the figure of the Blessing Christ; all around are 25 saints associated with St. Francis of Assisi. The 260 x 200 cm painting is in the sacristy, which is also a small masterpiece - especially the coffered ceiling from the late 16th century.

Up in the village are the ruins of the castle of Norman-Swabian origin. Once the fortress controlled the entire valley of the river Sybaris - today’s Coscile. During the Middle Ages, the fortress controlled the traffic on the Via Popilia, but it was only with the Sanseverino family that the fortress was redesigned along the lines of the Maschio Angioino: a square plan surrounded by six cylindrical towers. The fortress remained active until the beginning of the 18th century, after which it was abandoned.

Not far from the castle is the Centro di studi naturalistici del Pollino Il Nibbio (Pollino Kite Study Centre), founded with the aim of making the naturalistic and historical-cultural heritage of the area accessible. Through a “diffuse” museum set up in the old houses, the secrets of Morano and the Pollino area can be discovered. The entomological section, dedicated to insects, is particularly beautiful.

For more information on opening hours and tickets, click on the following LINK.

A typical dish of Morano Calabro is stoccu e pateni, or stockfish with potatoes. The dish is enriched with crumbled cruschi peppers.

A Christmas sweet is giurgiulena, popular in Calabrian and Sicilian cuisine.

The name refers to the main ingredient: sesame seeds. The seeds are combined with honey and sugar to make a small crisp, usually served in the shape of a rue.

Another traditional sweet is the Cicerata, a Calabrian-Lucanian version of the famous Neapolitan Struffoli. This cake, common throughout central and southern Italy, owes its name to the small fried balls of dough that resemble chickpeas. The little chickpeas are coated with a honey syrup, which in some versions is enriched with dark chocolate or cocoa.

There are several accommodation options in Morano.

The starting point is NOT reachable by car.

The nearest place to reach by car is Colle dell'Impiso (Viggianello PZ) or the Sanctuary of Madonna del Pollino.

The nearest location that can be reached by bus is Morano Calabro, starting from the city of Castrovillari. 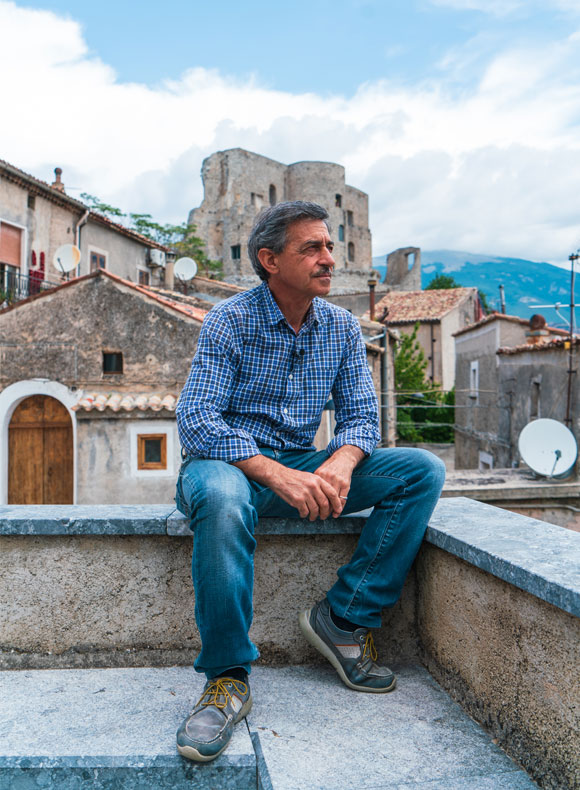 “Nicola is one of the souls of Morano; the nature museum Il Nibbio is a concentrate of passion and tenacity” 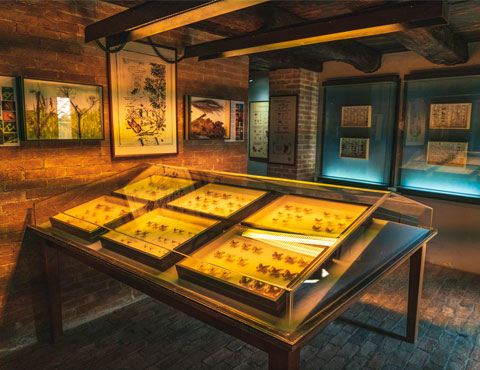