A short stage and completely on an easy descent.

We have the opportunity to spend the whole afternoon in the beautiful Val di Mello, between the emerald water pools and the impressive rocky towers that overlook us (Punta Allievi and Monte di Zocca).

Be careful not to miss the track during the descent into the woods.

From Alpe Granda we follow the signage for Filorera walking through a pasture: the track on the ground is practically non-existent and we have to guess it (the GPS track is useful). We take the path in the woods that descends regularly on a good track (ca. 800 m drop). Every now and then the track gets lost in the trees and the vegetation, it is necessary to pay attention and not lose it.

Finally, we arrive on the asphalted road that goes up the Valle di Preda Rossa: we face the last kilometers on the bends of the asphalted road (a landslide made the path that cuts them impracticable), until we reach the village of Filorera.

To Walter Bonatti, Val Masino represented a sort of "university of mountaineering". It is no coincidence that the famous mountaineer moved to Dubino, in the nearby Valtellina, in the 1980s and he was at home between these mountain walls, as proved by several mountaineers in the area.

The Val di Mello is famous all over the world for its beautiful walls of solid granite that rise above pools of crystalline water: a true climbers' paradise. In this regard, it is a must to visit Sasso Remenno, the largest monolith in Europe.

The Sasso di Remenno, just above Filorera, is the largest rocky monolith in the entire European continent, with a volume exceeding half a million cubic meters.

The governor of Valtellina, Guler von Weineck, at the end of the 16th century, wrote: "... you encounter an enormous and colossal boulder in the small hamlet of Remenno, thirty-five arms long, ten wide and fifteen high, which some consider it rather a mountain than an isolated stone ".

About 50 meters high, its granite walls are crossed by dozens of climbing routes, of all kinds and difficulties (from 2c to an 8c route, the first-ever declared in Italy): the perfect environment for those who want to practice.

Many other boulders around are equipped for sport climbing: the Scivolo, the Torcia, Goldrake, the Sasso dell'Ano ...

The Bagni di Masino is located in Val Masino, the “twin” of Val di Mello.

Here you will find fantastic pools of thermal water, renowned for their beneficial properties since the end of the Middle Ages. According to the legend, they were discovered by a shepherd that was following a cow. Unlike the others, instead of drinking from the stream, the cow went up the mountainside to drink from a source of hot water, producing in this way much more milk than the others.

The 17th-century spa building was modernized in 2009.

The sciatt, small pancakes stuffed with young Casera cheese, is a dish typical in the entire Valtellina. The dough, made of a mix of buckwheat flour and white flour, takes on the strangest shapes when fried: sometimes they look like little toads, called sciatt in the local dialect.

The nearest location reachable by car is Filolera.

The closest location reachable by bus is Filorera (Val Masino), starting from the town of Morbegno. 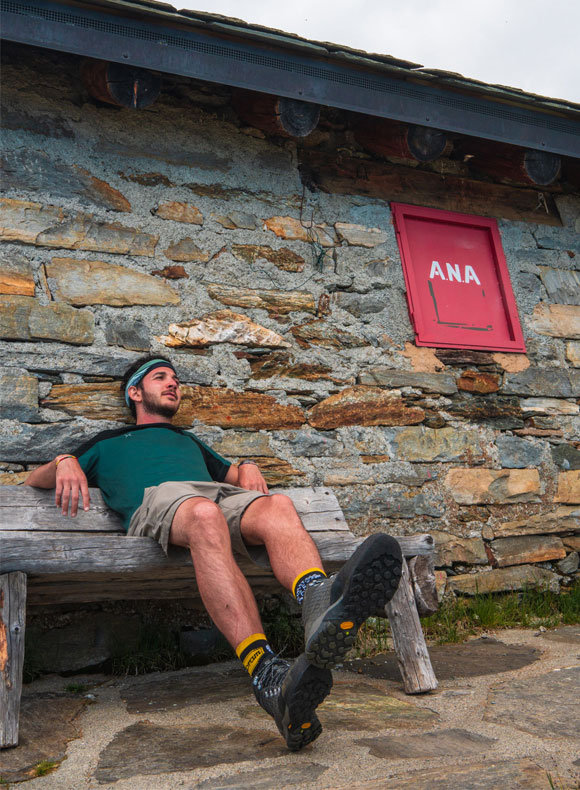 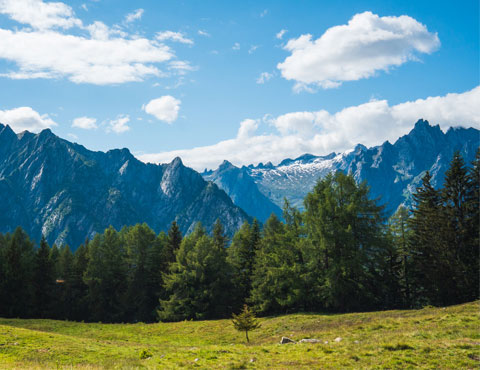