This stage was documented thanks to the contribution of Spazio Caffelarte.

Stage considerably long but almost free of relevant height differences and nearly all flat on a wide and very smooth track. Landscapes are wonderful: after passing the mythical sources of the Piave, we walk in front of Monte Peralba (2,694 m) and the crests of Monte Rinaldo, before looking out over the magical Val Visdende.

The initial stretch, from the Calvi mountain hut across to the Traversata Carnica, is a variation of the Sentiero Italia (that goes up from Calvi to Passo Sésis). This stretch is preferred for visiting the mythical sources of the Piave river.

Along the road that descends from the Calvi mountain hut, you will come across a landslide caused by Hurricane Vaia. However, you can walk on the edge without difficulty.

We leave the Calvi mountain hut to descend to the valley (about 300 m drop). After passing a few hairpin bends on the carriage road, by a bend, we find a comfortable small path leading to the sources of the Piave. We continue to descend through an easy traverse. From the Sorgenti del Piave mountain hut, after drinking from the water of the mythical river, we take the carriage road that descends (approximately 250 m drop) into the woods, passing without difficulty a short section landslide. Finally, we meet a new carriage road on the right side and we start to ascend (approximately 150 m height difference), admiring the bulk of Monte Peralba (2.694 m).

We reach the long path along the hillside of Strada delle Malghe: we pass Malga Chivion and proceed at a fast pace. At the next valley, we start the climb (approximately 150 m height difference) leaving the road just before Casera Antola di Sopra and continuing on the path that crosses it from above, on the right side. We continue for a long time on an excellent track while admiring southward the jagged ridges of Monte Rinaldo and passing several mountain huts: Chiastelin, Manzon, Cecido, Campobon ... the landscape is very sweet and you walk with pleasure, among placid cows and groups of donkeys. Finally, after a quick and easy descent, we arrive at Malga Dignas. The rental of an e-bike with the Dolomite Trail service is highly recommended to go down and explore the unique place that is the magical Val Visdende.

The sources of the Piave river are located above Sappada, exactly on the slopes of Monte Peralba. It is a mythical place: the Piave, "sacred river to the homeland" was the symbol of the Italian victory in the First World War.

After the defeat of Caporetto, the army was able to withstand the attack by the Austro-Hungarian troops, pushing them back right on the banks of the Piave, and then regaining momentum until the decisive battle of Vittorio Veneto. The battle was loaded with patriotic rhetoric. The poet Gabriele D'Annunzio decided to change the gender of the name of the river (initially feminine), to underline its "male power".

The famous “Canzone del Piave” by Giovanni Gaeta was composed to celebrate this battle. Curiously, many years later, after the armistice of 8 September 1943, the song became the Italian anthem for a short period. In 1948 it was however replaced with the Mameli Hymn since it seems that the Prime Minister (Alcide De Gasperi, head of the Christian Democrats) was offended by Giovanni Gaeta's refusal to compose the anthem for his party.

Pope John Paul II decreed the fame of Val Visdende by visiting it several times in the '80s. He was not the only famous person to appreciate the beauty of this wild valley: even president Sandro Pertini and (well before him) Queen Margherita were struck by its pleasant beauty.

Spruce woods, also known for their resonance (like the most famous ones in the Val di Fiemme), are precious export goods.

The municipality of Sappada, located between Carnia and Cadore, has recently passed its jurisdiction from Veneto to Friuli Venezia-Giulia, in the hope of being able to take advantage of the region's special statute regarding the management of ski resorts. From the '70s onwards following the Cadore model, the town has focused mainly on the development of the tourism sector. In the past 30 years, the activities of the area have been self-financed to keep the plants active.

With its futuristic wooden structure, the Church of the Madonna delle Nevi in Val Visdende has no equal. Located in the Pra Marino clearing, on July 12, 1987, Pope John Paul II celebrated there a mass with hundreds of believers.

Game is another product that cannot be missed on local tables: at Hotel Gasparina you can taste a very good venison stew with polenta.

The closest location reachable by car is the parking lot of RIfugio Sorgenti del Piave.

The closest location reachable by bus is Sappada, departing from Tolmezzo. 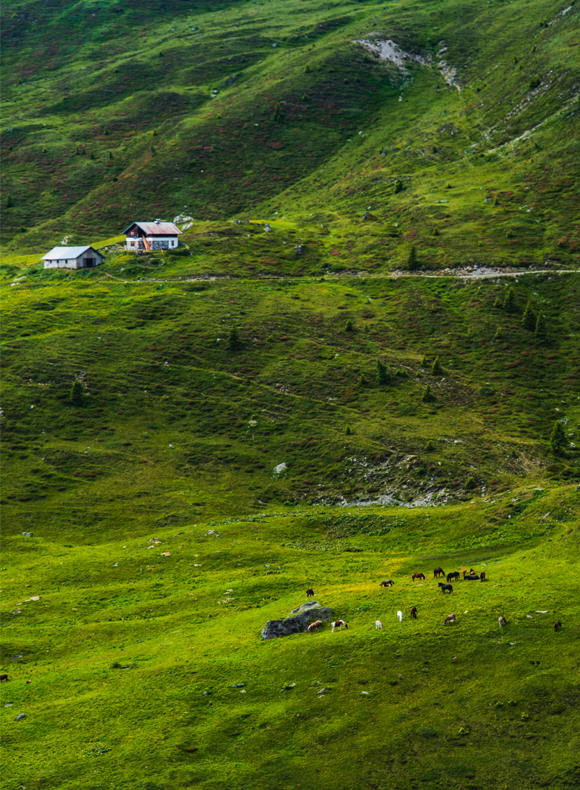 “The Strada delle Malghe flies gently up and down the entire Val Visdende, opposed southward by the torn ridges of Mount Rinaldo” 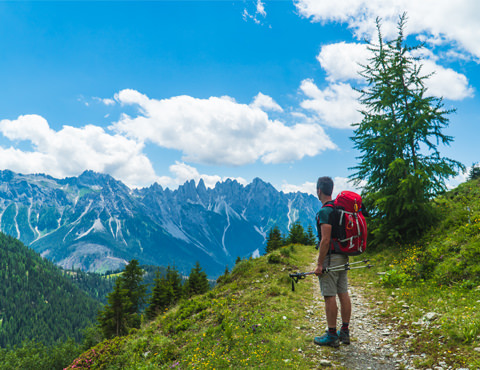