Very short and simple stage, all downhill, mostly in the shade of the woods: what you need after the previous intense days.

We arrive in the beautiful village of Varzo and we have the whole afternoon to rest and dip our tired feet in the icy Diveria stream.

The stage is a variation of the Sentiero Italia (which from San Domenico points to Varzo remaining in the lower valley), chosen for the panoramic view of the Sentiero dei Fiori.

After leaving Rifugio Crosta, be careful not to follow the sign that leads to Varzo in 5 hours, making a tour longer than necessary.

We take the path that heads south (without paying attention to the sign that leads to Varzo in 5 h), immediately starting the long descent (approximately 1,200 m drop). The path, initially barely uneven, becomes gradually easier and it is never too steep. Small mountain pastures are constantly springing up among the woods. The village of Dreuza is very nice.

Finally, we arrive in the town of Varzo, where it is worth it to pay a visit to the church of San Giorgio and the adjacent ancient streets.

Varzo was part of the Ossola Republic, a Partisan Republic born in September 1944, and annihilated by the Fascists 40 days later.

In such a short time, the Republic managed to give itself an articulated organization, establishing a provisional council. Among other things, it promulgated a constitution that, by establishing democratic principles, served as an example to the national one in the years to come: not by chance Umberto Terracini, future president of the Constituent Assembly of the Italian Republic, participated in the drafting.

In 1974 the film "40 days of freedom" was inspired by this event. Many inhabitants of Varzo participated with pride in the film.

In particular, the town of Varzo was the scene of one of the final acts of the Resistance.

The Germans, fleeing towards Switzerland, had transported 1500 crates of TNT by train and deposited them 100 m from the Varzo station, with the intention of blowing up the Simplontunnel (a 20 km tunnel between Italy and Switzerland, built with great effort between 1898 and 1905). If the Allies had bombed the convoy, to prevent the Nazi operation, Varzo would have been destroyed. For this reason, many partisans coming from all the Ossola valleys, in collaboration with Swiss agents, moved the crates and set them off far from the town: there were no victims and the tunnel was saved.

The centuries-old tower in the center of Varzo was a watchtower, not defensive, and was part of a complex of 46 towers, from the Swiss border to Milan, that communicated with each other with fire and smoke signals.

Historical documents attest to its existence as early as 1300.

The cuchêla, a dish with a thousand variations: originally, it was made of potatoes cooked with butter in a soapstone pot. Pork ribs are added to today's richer version.

In Varzo there are several accommodation facilities.

The nearest locality reachable by car is the hamlet of Foppiano (Crodo).

The nearest town that can be reached by bus is Varzo, starting from the town of Domodossola.

The nearest town reachable by train is Varzo, starting from the town of Domodossola. 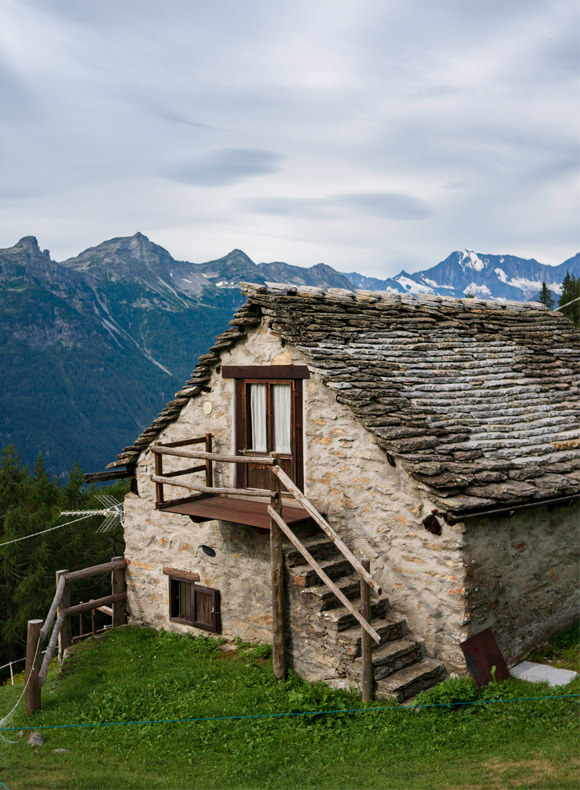 “In Varzo we visit the old medieval tower, where a council member tells us the history of the town, house by house” 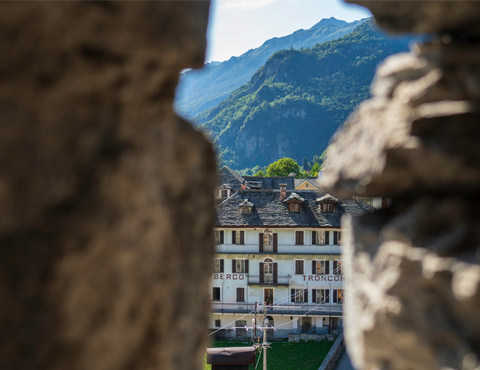