A stage of good length and medium altitude, in the heart of the Parco dei Nebrodi, the largest of Sicily’s protected areas.

At several points you will encounter barbed wire gates that must be opened (and always closed!).

We leave Villa Miraglia and take the state road to the right to return to Portella di Femmina Morta. From there, we take the wide path to the left, which runs in a gentle up and down on the ridge or just below it on the northern slope. After a straight stretch on a gravel road in a flat and scenic section, we begin to climb slightly (about 200 m height difference); after a few kilometres we part from the road and take the path to Monte Pelato (1,566 m), which we easily reach.

We continue walking up and down along the ridge, circling Pizzo Fauda from the north and reaching Colle della Maduna (1,620 m); then we climb again (about 100 m height difference) to the summit of Pizzo Fau (1,686 m). With a descent with a steady gradient (about 200 m drop), we reach Portella dell'Obolo - where there are no facilities: it is a good idea to use the shuttle service to reach the village of Capizzi, 8 km further south on the main road.

Not far from Portella dell’Obolo is the town of Troina, a virtuous municipality that in recent years has managed to promote what is known as “relational tourism”, where the local population welcomes visitors as one of their own. The ancient town is situated on the slopes of a ridge and is characterised by the “Piazza”, a terrace from which one can enjoy a unique panorama.

Already inhabited by the Sicani and Siculi, it became a Greek colony and subsequently experienced all the different Sicilian dominations. Some scholars believe that Troina is the mythological Egyon, a city of Magna Graecia where the temple dedicated to the Mother Goddesses was located.

Troina was also an important centre in the Norman period: Ruggero chose it as the seat of his court, making it the first Norman capital of Sicily. It was the first Sicilian episcopal see and was the scene of the meeting between Pope Urbano II and Count Ruggero in 1088.

There are numerous watercourses in the wetlands of this area, including the Cardoneta torrent, which produces the impressive cascata di Fontana dell'Angelo (Fontana dell’Angelo Waterfall), also known as the Occhialino.

There are numerous mills in the area, including the Caronia mill, built in the second half of the 19th century. It is characterised by its ramp shape and is similar to modern hydroelectric power plants in the way it works. Today it is managed by the I Nebrodi Nature Association, which uses it for educational and didactic purposes.

Among the numerous by-products of the Nebrodi black pig is Fellata, a type of cured meat cut at the point of a knife into coarse pieces. Another product of absolute value is the Prosciutto Crudo: aged for at least 18 months, it is of high quality, with a perfect balance between sweetness and flavour and rich in precious nutritional elements (omega 3 and omega 6) derived from feeding the pigs in the wild among oak and beech forests.

There are no accommodation facilities in Portella dell'Obolo. However, you can reach Capizzi, 8 km south of the pass on the state road, by shuttle service.

There are several accommodation facilities in Capizzi.

The nearest location that can be reached by bus is Cesarò, starting from the city of Catania. 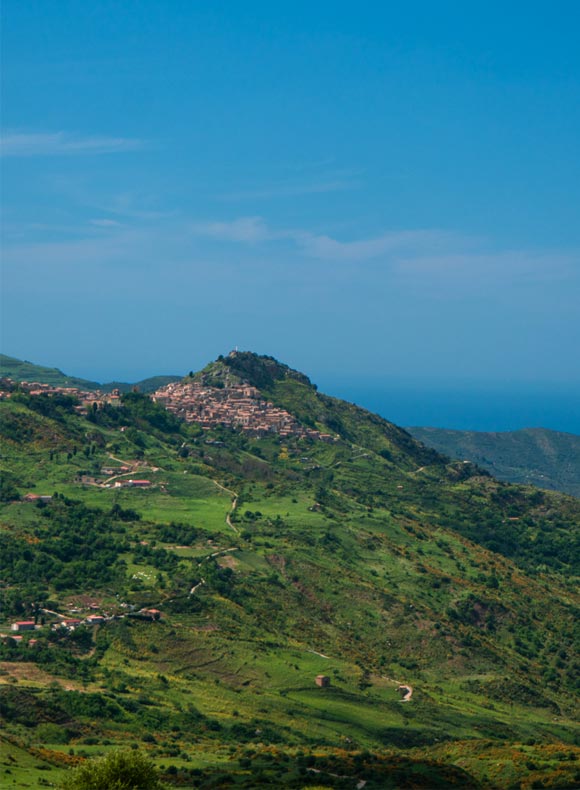 “In the silent landscape of midday the cows look at us as if amazed that anyone can still walk at this hour: how can we blame them…” 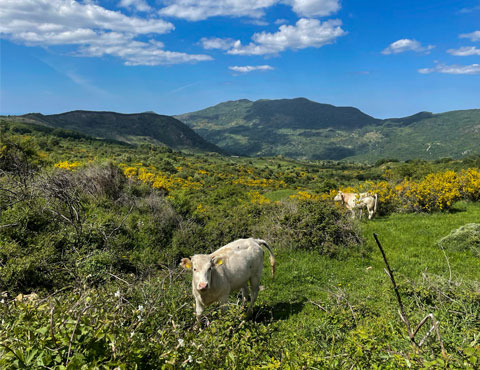