A stage of medium length and predominantly negative altitude changes, with which we leave the Nebrodi Park.

The highlight of the day is the crossing of the picturesque bosco della Tassita, where some ancient endemic yews grow.

On the way, you will come across some barbed wire fences, that you will have to open  (and must always close again!).

Only water point at the beginning of the stage, stock up well.

From Portella dell'Obolo we take the road westwards, losing altitude slightly (about 100 m drop). After a couple of kilometres, near a hairpin bend, we take a left and enter the bosco della Tassita (Tassita forest), of ancient, poisonous yews, once used to intoxicate the water and thus fish eels (in Sicilian dialect the word attassare is used to mean 'intoxicate'). Having reached the vicinity of a multi-centenary tree, we bend to the left and climb without difficulty (about 100 m height difference) crossing the pass between Pizzo Bidi and Cozzo ra Frasca, and then lose height decisively (about 450 m drop.), first on a path and then on a forest road, immersed in a beech forest.

After an up and down stretch on the hillside, we face a steep climb (about 250 m height difference) to the saddle on the eastern slope of Munti Castedda; the landscape, splendid, is changing: from the Nebrodi we are moving towards the Madonie. Finally we descend (200 m D- approx.) to Sella Contrasto, where we find the state road that leads to Mistretta (reachable by shuttle bus) in about ten kilometres.

The Tusa torrent flows along the border between the Nebrodi and Madonie mountains.

Since 1982, the area has been “flooded” by a Fiumara d'Arte: an artistic initiative at the request of Antonio Presti, who, in honour of the memory of his father, decided to commission a sculpture to be placed at the mouth of the river and donate it to the municipality. It became a larger project, even though it was hampered by bureaucratic problems, and was much more than a single installation. In the years that followed, the area was transformed into an open-air museum with huge installations and land art. The first sculpture was that of Pietro Consagra in October 1986 with the telling title “La materia poteva non esserci” (Matter could not be). Emblematic was also the work “Stanza di barca d'oro” by the Japanese artist Hidetoshi Nagasawa.

The history of Fiumara d'Arte moved hand in hand between the desire to stimulate a new look at the world in the region and political and bureaucratic conservatism. Despite numerous administrative problems that dragged on for twenty years, the Fiumara d'Arte Park was realised in 2006 thanks to the intervention of the President of the Republic Carlo Azeglio Ciampi. At last, the Tusa river valley can peacefully coexist with the numerous works of art that give the viewer the opportunity to take a new look at this area.

The ancient Halaesa once stood in the Tusa Valley.

It was founded in 403 BC and was an important Greek-Sicilian city. The coat of arms on the coins minted in the ancient city is still the symbol of Tusa: a column surmounted by a dog. Like many other Sicilian cities, it allied itself with the Romans against the Carthaginians and, thanks to this decision, was able to preserve the autonomy that helped it to prosper in the following centuries. The city, which had become a bishopric in the meantime, with the arrival of the Arabs was attacked but managed to defend itself. The reason for its downfall was a terrible earthquake in the 9th century.

It was created in 1990 by the artist Italo Lanfredini and is based on the myth of Ariadne, who escaped from the Minotaur’s labyrinth thanks to Theseus’ famous thread. The work not only recalls the ancient saga, but is also a reflection on the spiritual life of man: the entrance door has the shape of the female sexual organ and, as in life, after birth comes confusion, which here ends with the olive tree in the middle of the labyrinth, a symbol of new life. Like all the other works of the Fiumara d'Arte, this one is freely accessible.

Another work from 1990 is by Paolo Schiavocampo, "Una curva gettata alle spalle del tempo" (“A curve thrown behind time”): a huge monolith imitating the lightness of a sail in the wind.

On the road between Castel Lucio and Mistretta you can see the “Muro della vita” (Wall of Life), created in 1991 by artists and ceramicists from all over the world. The work enhances the grey concrete that accompanies the road with works of art that give it poetry and value.

In Mistretta there is an Arab-Norman castle built on a cliff above the valley of the Serravalle torrent. The present structure probably dates back to the 12th century, when Giordano d’Altavilla fought against his father Ruggero, although a defensive structure already existed in Roman times.

In the 14th century, the castle was the seat of the conspiracy organised by Matteo Bonello against the Norman king William; a few centuries later, Frederick of Aragon resided here.

It remained a landmark of the area until the 17th century. During recent restoration work, numerous finds of prehistoric origin were also discovered.

In spring, the broad bean is the undisputed queen of Sicilian dishes.

The most famous recipe is certainly the macco di fave, a puree made by cooking broad beans together with onions. It can be prepared all year round with dried broad beans, which are more convenient to prepare but less tasty. It can be eaten as a soup, used to flavour pasta or as a spread.

There are no accommodation facilities in Sella Contrasto. However, you can reach Mistretta, 10 km from the pass, by shuttle service

There are several accommodation options in Mistretta.

The nearest location that can be reached by bus is Capizzi, starting from the city of Catania, changing in Troina. 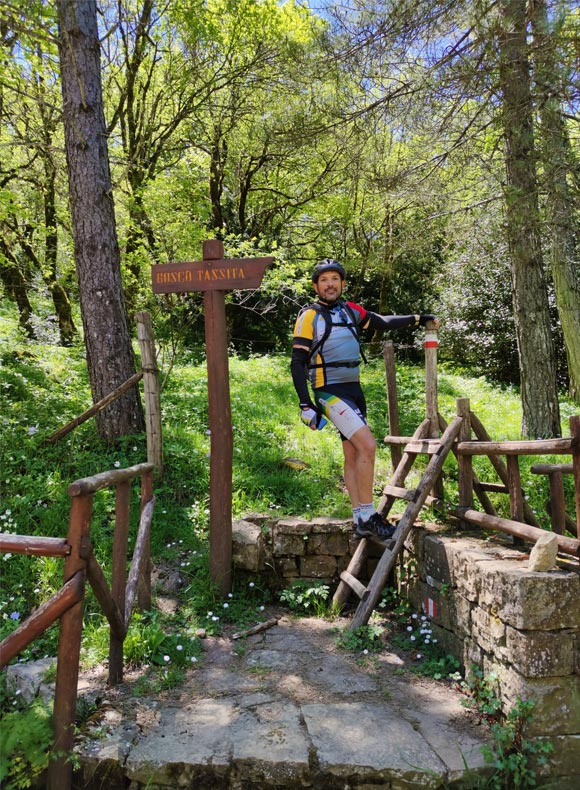 “The Bosco della Tassita is an explosion of vitality!” 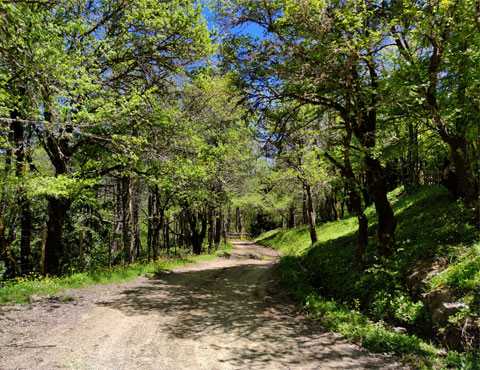