We walk on the regional border between Campania and Molise, in the middle of arable fields and pastures.

Along the track it is possible to meet many guard dogs, be careful and do not provoke them (for example, by staring at them).

From about halfway on, the signs disappear: the GPS track should be monitored.

We arrive at GuadoMistongo, where we cross a second asphalted road, and continue through cultivated fields until we return to asphalt for the last kilometer and thus reach Masseria Pasqualone.

The town of Riccia was a Samnite settlement; destroyed by the Romans, led by Lucio Cornelio Silla, it was converted into a military outpost during the social bellum - the war of the Italic League against Rome. It began with the revolt  of Asculum, following the assassination of Livio Druso, a Roman senator, who claimed the need to grant Roman citizenship to the Italic people.

The Samnites Pentri, warrior people who inhabited the Sannio area (which roughly included the current Molise, the southern strip of Abruzzo and the north-eastern territories of Campania), were the ones who paid the most for the consequences of the revolt against the Republic: the Romans never forgot the humiliations suffered by the irreducible Pentri during the Samnite wars.

Lucio Cornelio Silla made sure that the Pentri name was erased from history, by destroying their settlements and practicing a real genocide. One might even wonder if the little notoriety of the youngest of the Italian regions is not a legacy, today unaware, of this ancient and terrible story.

Bosco Mazzocca, a few km from Riccia, on the border with Campania, once occupied 800 hectares (one of the largest in the Kingdom of Naples); over time its surface has been halved to give way to cultivated fields. In the ‘50s of the last century, the first far-sighted interventions of enhancement and conservation were made; later, the woods became a site of community importance, thanks to its deciduous forests (turkey oak and durmast).

An ideal place to collect mushrooms and berries, it hosts many animals: from the barn owl to the peregrine falcon, from wild boars to stone martens. There are many cycle paths and picnic areas that allow you to visit the forest: walking along its paths is like getting lost in an enchanted world.

The forest is well cared for and also used to make firewood for the residents. At its center was built a small church dedicated to San Giovanni Gualberto, patron of the State Forestry Corps.

During World War II, Bosco Mazzocca was the scene of many clashes between the Nazis and the Allies; traces of some trenches can still be found.

In the village of Riccia stands the huge Angevin tower with a circular plan, which was part of the castle built in 1285 - when the municipality passed under the fief of Bartolomeo da Capua. In 1799, the population of Riccia destroyed a large part of the castle to take revenge for the abuses of the various feudal lords, leaving the large tower (about twenty meters high) intact, perched on a rock, above the Succida stream.

In the 14th century, the castle was inhabited by Costanza di Chiaromonte, wife of the king of Naples, the Angevin Ladislao di Durazzo: the sovereign publicly repudiated her during a religious function and, subsequently, forced her to marry Andrea di Capua, to whom he used to say: "You can boast of having your king's wife as a concubine."

The church of Santa Maria delle Grazie, one of the oldest in Riccia, is a very important example of Renaissance architecture in Molise.

The renovation of the building, standing above the crypt of San Giovanni Battista, was commissioned by Bartolomeo III of Capua and inside are the bodies of the Di Capua dynasty, for a long time feudal lords of the place. The bare interior is embellished with ashlar stone finishes, including the holy water stoup made of a shell containing three fish, symbolizing the trinity.

A few kilometers from Riccia, in the municipality of Gambatesa, there is another ancient castle which, following various interventions, has been transformed into an elegant Renaissance palace, enriched by the splendid 16th-century frescoes by Donato Decumbertino (follower of Giorgio Vasari).

The pictorial cycle, commissioned by Vincenzo di Capua around the mid-16th century, is full of meanings linked to mythology and the art of antiquity, and intertwines Christian and classical themes. There are numerous rooms with different themes (Salone delle Virtù, Sala delle Maschere, Sala del Pergola, Sala del Cammino), some of which now host contemporary art exhibitions.

On the second Sunday of September in Riccia the Sagra dell'uva, a Grape Festival, takes place: along the streets of the village, in addition to rivers of wine, floats parade that tell of ancient peasant life, between dances and music.

Typical dessert of the holidays are the calzoni stuffed with boiled chickpeas (crushed) and honey. 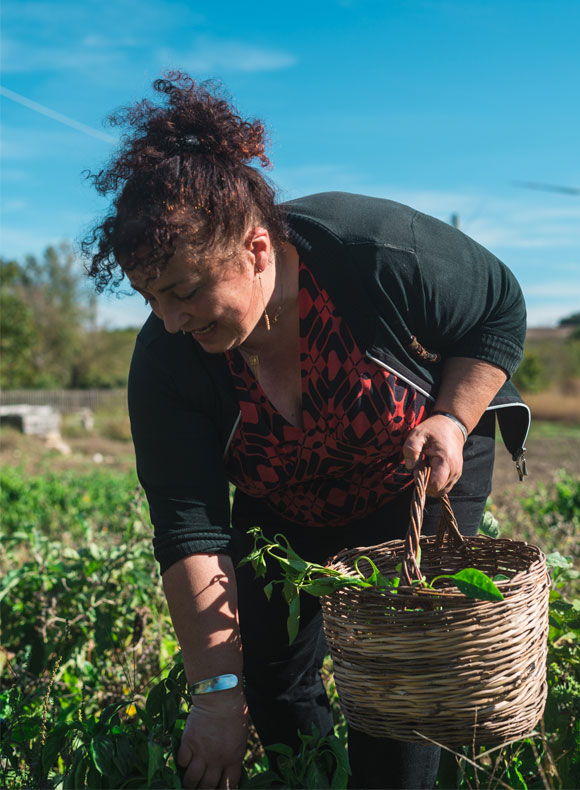 “Maria Antonietta's smile expresses at its best the strength of this territory, isolated but full of life and beauty” 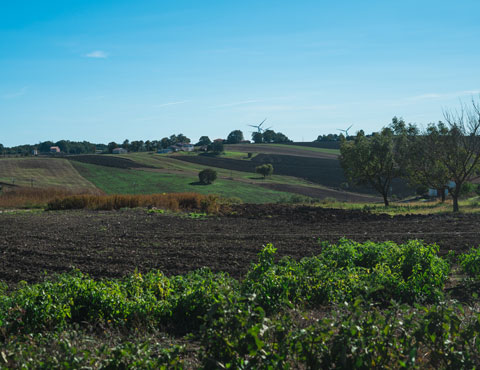