A stage with long mileage but easy and practically devoid of gradients.

Very pleasant countryside landscapes; the day gives us the Biferno springs, the journey on the Pescasseroli-Candela tratturo and the archaeological remains of Altilia-Saepinum.

The first part (about 4 km) is on a paved road, although not too busy: be careful.

The signage is not always present and/or clear: it is good to monitor the GPS track.

In the last part, some sections of the route present invasive vegetation.

We leave Bojano on a flat paved road, shortly after we arrive at the beautiful Biferno springs. We take the road on the left and, along the railway, we continue on asphalt for a few km. After leaving the railway, we follow the sheep track on the left and continue in the same direction (south-east), passing several carriageways and paved roads, without however changing course. Every here and there, you will encounter rest areas formed by a covered wooden gazebo, table and benches.

We approach the railway for a short time, then, leave it behind, we continue until we cross the Tammaro river (simple ford, on some stones). A couple of more kilometers and we arrive at the archaeological remains of Altilia-Saepinum (an ancient Roman city built on the remains of a Samnite center), preceded by the stone arch of Porta Bojano. The place is beautiful and it is worth to enjoy it without rushing (it also offers running water and bathrooms).

We continue along the wide sheep track to Ponte di Tavole, from where we return to the asphalted road turning eastwards; after the bridge over the main road, we turn to the north-east and start walking through the fields on a comfortable carriage. We cross the railway and (immediately after) again the Tammaro river, then we pass briefly on asphalt. We take a wide path (not very easy to identify: it is good to use the GPS track) and face the only small climb of the day (about 200 m height difference), which at the end has some brambles to overcome. Finally we arrive in the hamlet of San Marco di Cercemaggiore.

Cercemaggiore was founded around the 9th century, during the Lombard domination. Sharing the fate of other fortified villages, it was destroyed by the Normans and rebuilt further downstream. The name probably derives from the Latin cercia,which indicates the turkey oak tree that appears on the coat of arms of the municipality.

Leaving the town center, following via Turno, in Pietrecadute you can admire the clear waters of the Biferno springs: the longest river among those entirely in Molise.

In the Convento district, there is the 15th-century Sanctuary of the Madonna della Libera, founded after the legendary discovery, by a farmer, of the miraculous statue of the Madonna. The position of the hands in prayer  of the found statue is singular: not joined but raised, according to a way of praying very frequently in Judaism and Christianity of the first centuries.

Along the Pescasseroli-Candela tratturo, in the Tammaro plain, stood the ancient Roman city of Saepinum, built on the ruins of a Samnite settlement (Altilia).

Today's archaeological area is crossed by the tratturo, along the decuman of the city. It was this transhumance route, already used in ancient times, that gave the city its name: saepēs (“fence”) meant the presence of fences where to place the sheep during the transfer of the cattle to the milder Apulian pastures.

The city, already flourishing in the Samnite era thanks to pastoralism and agriculture, was a very important crossroads of trade, a point of connection between Campania and Daunia. From the 5th century onwards the city was gradually abandoned, preferring the nearby hills (where Sepino is still located today), easier to defend from the Bulgarian, Arab and Norman invasions.

Since the Renaissance, historians showed interest in the ancient Altilia-Saepinum, but it was thanks to a publication by Theodor Mommsen, the great German professor of Roman History (he visited the site in 1845), that the first excavations began. The works proceeded discontinuously; only after World War II did systematic excavation operations begin.

Today the archaeological site is well maintained and is a beautiful example of a Roman city from the imperial period. You can see the ruins of the walls with the tower system, the baths, the forum, the basilica and the amphitheater - built close to the walls so that it could be accessed directly from the countryside, it could accommodate up to 3,000 people!

The ciambotta is a vegetable stew: a classic dish from Southern Italy, it has a thousand regional variations. Usually made of potatoes, aubergines, peppers and onion, the version with sausage preserved in lard (pork fat) is excellent.

Typical of the area is the crumb of San Giuseppe, a seasoning that mixes dried fruit (walnuts, almonds, etc.), raisins, salt, ground pepper, parsley, bay leaf and chopped orange peel to the breadcrumbs. A precious ingredient to enrich many dishes. 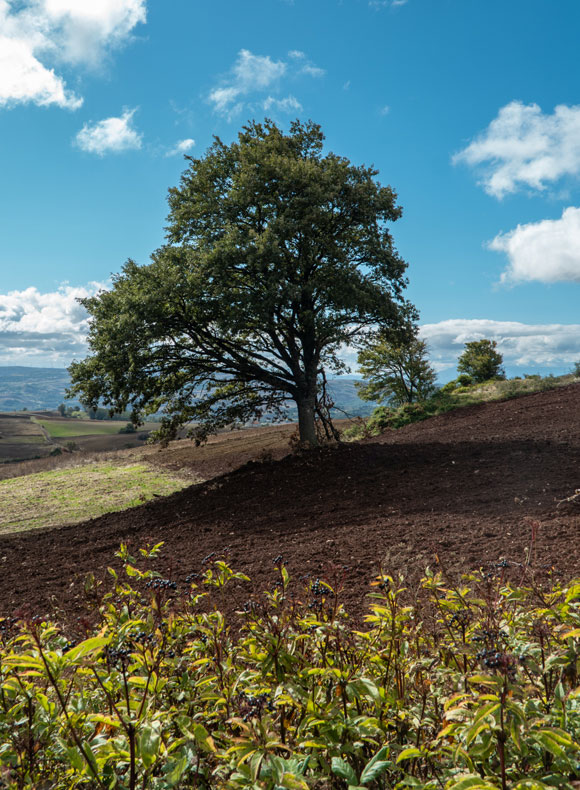 “On a sunny day along the Pescasseroli-Candela tratturo, we enjoy lunch in the wonderful ruins of Altilia” 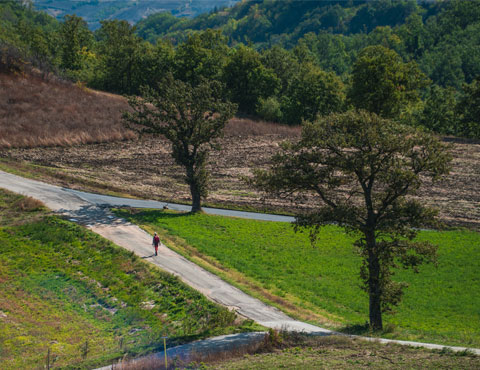