A medium length stage, not particularly demanding (only one real climb, to Monte della Zucca).

The route is embellished with some very suggestive glimpses of the clayey ravines and the Cantante Village, the testimony of a dream that once was.

In case of rain, because of the clayey surface, the journey can become much more difficult: in different sections, the ground turns into a quagmire and slips easily (for example, on the ascent to Monte Zucca).

The signs are sometimes absent and the tracks are often confused: keep an eye on the GPS.

There are several barbed wires to cross: the gates are not always intuitive to identify, sometimes the opening is not easy, be careful.

We leave Balze on level, along a first stretch on the road - to the east, we see the limestone walls of Sasso Simone and Simoncello. Then, following the signs for the Alta Via dei Parchi, we take the carriage road (the usual 00 path) to the left and proceed comfortably on the flat to Poggio dei Tre Vescovi (1,126 m): the view extends over the clayey ravines at the foot of Monte Zucca. The first oaks appear.

From Poggio dei Tre Vescovi we take the path to the right, being careful not to miss the path (sometimes the path "disappears" from the ground and the trail markers are not always present) and not to take wrong trails. Once we reach the asphalted road, we cross it and take the path on the opposite side (it is not very easy to identify). Overcoming several barbed wire fences, we venture among the clayey ravines (it is the most beautiful stretch) and then we start the climb (approximately 350 m height difference) to Monte della Zucca, along the 00 path. The ascent between beautiful hornbeams is tough without ever being too steep.

From the top of Monte della Zucca (1.258 m) we start the easy descent (approximately 300 m drop), soon on the road. We easily reach Valdazze and return to the path (very difficult to identify) to cross the hill and arrive at the paved road that descends from the Frassineto Pass. We take it to the right and follow it for a while, before resuming the path (not signposted!) and go up (about 100 m height difference) to Le Camerelle: the terrain is often made of quagmire and it is not easy at all to follow the track. Finally, we take the easy path which, slightly downhill, quickly takes us to the Valico di Viamaggio (983 m).

In 1962 Silvio Giorgetti, an Emilian entrepreneur passionate about Italian music discovered the town of Valdazze (at the time, there was only the church of Santa Rita) and wanted to create the "Singer's Village": he bought a large plot and donated plots of land to the Italian singers of the time  (with the only obligation to build a chalet within two years), in order to create a community where artists could live together and make music together.

A few houses were built, but a whole series of additional infrastructures were needed (which were not built) and unfortunately, the visionary project failed.

A few kilometers west of the Passo Viamaggio, on the first bend of the Tiber river is Pieve Santo Stefano, a town with an ancient history, dear to Lorenzo the Magnificent, who enriched it with works by Della Robbia, Ghirlandaio, and Pier della Francesca. The masterpieces went unfortunately largely lost in the flood of 1855.

Today the town is known above all as the "City of the Diary": it houses the National Diary Archive which collects thousands of diaries, letters, and memoirs of ordinary people. One of the most emblematic testimonies is that of Clelia Marchi, a peasant woman from Mantua who, after a life of work and eight children, decided to write her story on a bedsheet from her wedding trousseau, which today has become the most precious relic of the Museum, or the autobiography of Vincenzo Rabito, a roadman from Ragusa who told his life (that coincides with the history of the entire 20th century) writing with his Olivetti 22 pages upon pages, without punctuation, without division into chapters, in strict dialect: a real river in flood! Part of the archive is accessible to the public thanks to the Diary Museum. For more info, timetables and tickets, follow the LINK.

In the territory of Pieve, you can visit also the Hermitage of Cerbaiolo, from the 8th century, a spectacular Benedictine monastery built among the rocks, where San Francesco d'Assisi and Sant'Antonio da Padova lived, and the Tempietto di Santa Maria del Colledestro, an octagonal building that stands on the Roman ruins of a temple dedicated to the god Tiber and the Tiberine Nymphs, as evidenced by the discovery of a Latin epigraph.

The paciarela is a peasant recipe, a dish apparently similar to polenta, although it is different in taste. Made with poor ingredients (corn flour, beans, and tomato paste) it is substantial and satisfies the hungry stomach. Unlike the Alpine "cousin", it is immediately poured into dishes, to take shape, and eaten warm.

Departure point reachable by bus, starting from the city of Cesena with a change in Bagno di Romagna. 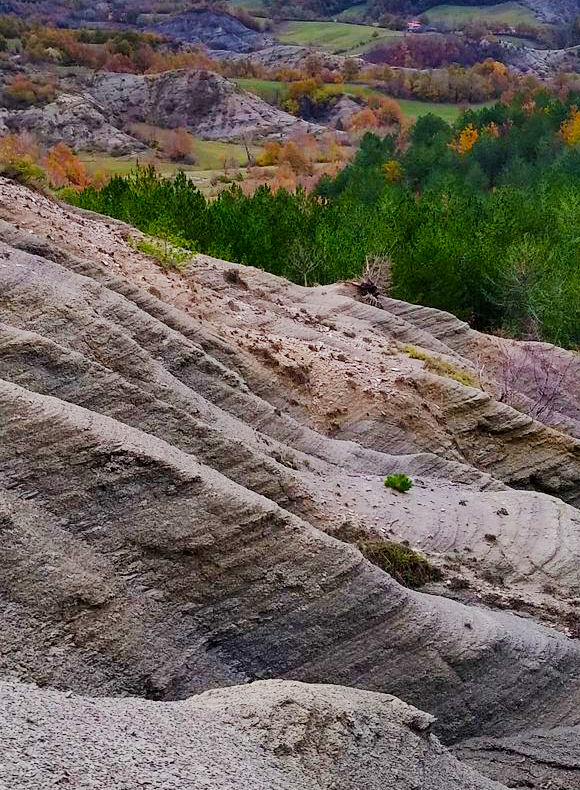 “The badlands are miniature clay mountains, with ever-changing shapes” 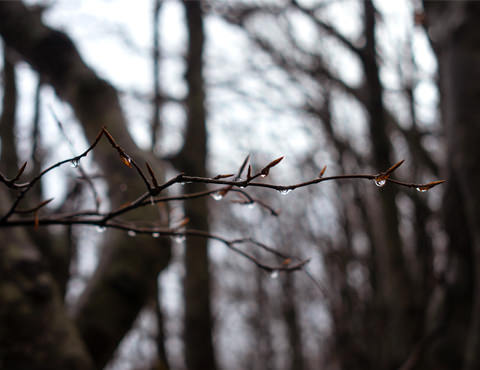