A stage of considerable length and medium height difference, very panoramic and pleasant: we cross the borders with Basilicata.

With Monte Vulture (1,326 m) in the background, we arrive in the beautiful village of Melfi, ruled by the walls of the Norman castle.

No signage until entering Basilicata; from the railway, there are the signposts. Better keep an eye on the GPS track.

Along the way, you can meet many stray dogs, generally tame: better be careful.

We leave Candela and immediately start on a slightly downhill dirt road (approx. 100 m) until we cross a short stretch of road. After passing a hollow on a carriage road, we ascend slightly (about 100 m height difference) and return to the asphalted road, climbing a little further: around us, some erratic rock formations stand out, here and there.

We leave the road and, back on a carriage road, we continue southward gradually losing altitude (approximately 250 m drop). Arrived on the asphalted road, in correspondence of a watchtower for the fauna (where if necessary you can shelter from the bad weather), we turn left to pass the railway and enter Basilicata. We keep to the left at the next crossroads and we leave the road to return to the dirt road; we pass under a brick bridge (over which the railway passes) and we start a slight but long climb (approximately 350 m height difference) through the wind turbines. Once on the top of the hill, we cross a short stretch of woods and we barely descend to return on the paved road. After about 4 km, we take the road on the left and continue towards Monte Perone (661 m), before which we turn right, clearly seeing Melfi.

From there, back on asphalt road, we go down (approximately 150 m drop) to the road below the castle of Melfi, which we take towards the left crossing the ancient village.

In the countryside around Melfi, numerous falcons can be seen flying, perhaps they are descendants of the falcons brought here by Frederick II.

Frederick II introduced the art of falconry to Europe by importing it from the Arab world, with the contribution of numerous Middle Eastern falconers.

The history of Melfi is closely linked to the developments of Southern Italy.

Key point between the Campania and Apulian lands, Melfi was the seat of the County of Puglia and five ecumenical concilii were held in its castle, between 1059 and 1137 (in one of these, Pope Urban II announced the first Crusade) - one of the most prosperous periods in its history: since then, the bishop's office has been present in Melfi in the splendid Palazzo del Vescovado.

The Angevin and Aragonese domination followed the Norman domination and it was during the Spanish government that one of the saddest events in the history of the city took place: the Passover of Blood. Melfi was sacked and set on fire, its inhabitants were slain by the French troops who came down to Italy after the Sack of Rome (1527) by the Lanzknechts - Lutheran mercenaries in the pay of Charles V (King of Spain and Holy Roman Emperor of Germany). The French seized the opportunity for a new descent into the Italian peninsula, following the horror aroused throughout Europe by the atrocities perpetrated by the Landsknechts in the Urbe. Before attacking Naples, they wanted to conquer the stronghold of Melfi, but this decision gave the Spaniards time to set up the defense of the Neapolitan city and to defeat the French.

During the tragic massacre of the population of Melfi, the legend of Ronca Battista was born. A woodcutter from Melfi that during the battle, thanks to the help of his magic hook, managed to kill three hundred besiegers: today one of the main streets of the town bears his name.

Inside Melfi, we find the Chiuchiari district, originated by Albanian immigrants led by Capin Kiukieri - hence the name of the district. In 1597, the Albanians moved to the nearby Barile and today they are part of the numerous arbëreshë communities present in Southern Italy.

The term arbëreshë indicates the Albanians of the diaspora that took place with the collapse of the Byzantine Empire: after the Turkish invasion, many Albanians fled to Italy, where they gave an extraordinary demographic boost, repopulating a hundred communities and building new settlements. In many cases, they lived isolated from the indigenous communities thus maintaining their customs until today: in particular, the Arbëreshë language and the practice of the Orthodox Christian religion. In the last century, many scholars have been interested in the Arbëreshë language and some have defined this ethnic-identity retention as a real "social miracle": despite the fact that almost five hundred years have passed, the descendants of that migration feel, as well as Italians, Albanians.

The city of Melfi stands on a hill above the Valle dell’Ofanto, on the border with Puglia.

In the 1990s, a FIAT factory was built along the valley, also known as SATA, one of the largest in the region, where the Punto and Lancia Y models were produced. This industrial complex changed the layout of the city, establishing entire new neighborhoods. Always in the early 1990s another important production plant was built, that of Barilla.

The castle of Melfi was built at the end of the 11th century by the Normans. Its multi-stylistic architecture is a perfect synthesis of the city's history: the Swabians built it, the Angevins extended it with towers, the Aragonese modified it, and finally, the Dorias transformed the Norman building into a baronial palace. The castle has ten towers (seven rectangular and three pentagonal) and inside is the baronial palace. The only accessible entrance to the castle today is the one that leads to the town: before there was a drawbridge, today a stone bridge.

Placed in control of the Valle d'Ofanto, it was a fundamental garrison for the control of Southern Italy. Five ecumenical concilii were held in its rooms and Frederick II promulgated the Constitution of Melfi, a set of rules and laws that were to regulate the economic and social life of the Kingdom of the Two Sicilies. The drafting of the Constitutions was entrusted to a legislative assembly which included the notary Pier della Vigna, Michele Scoto, Scottish mathematical philosopher, as well as abbots and archbishops, that is to say, the cream of the jurists of the time.

Along with the castle, through the centuries followed also the walls that surround the historic center, built by the Normans and 4 km long - modified and restored several times.

Inside the castle, there is the Museo Archeologico Nazionale del Melfese “Massimo Pallottino”, collecting the finds from the history of the Vulture area since prehistoric times.

Inaugurated in 1976, inside you can find from the decorated ceramics of the Bronze Age to the Flemish paintings of the 18th century; the most important work is certainly the Sarcophagus of Melfi.

The Roman Byzantine sarcophagus of the second century, coming from present-day Turkey, was found by chance, in the mid-19th century, in the municipality of Rapolla. The beautifully crafted funeral monument is the symbol of the great influence that the Byzantine world had in this area. There are numerous studies on its iconography: according to some the columns that distinguish one of the sides reproduce a smaller heroon, a Greek sanctuary dedicated to heroes. The sarcophagus cover is embellished with the statue of a young woman lying asleep on the bed.

The rupestrian church of Santa Margherita, together with the bishop's palace and the cathedral of Santa Maria Assunta, is one of the most important religious symbols of the city.

Entirely excavated in the tuff (like the church of Santa Lucia), it was built in the 13th century; the interiors are embellished with exquisite Byzantine-style frescoes depicting the martyrdom of Santa Margherita. Another famous fresco found inside it is the Monito dei Morti, a medieval representation of three skeletons warning three knights with the phrase "we were what you are, you will be what we are"; some argue that Frederick II and his family are represented in this famous scene.

The typical dish of Melfi is the maccuarnar, the maccaronara, a type of handmade square spaghetti made of semolina flour.

The spaghettoni are made using a rolling pin characterized by some grooves, allowing to make the cut through a light pressure. They are usually seasoned with pork or rabbit sauce.

In October, in the Piazza del Duomo, takes place the Sagra della Varola, dedicated to the chestnut of Melfi, the marroncino: early chestnut with a glossy brown color and crunchy pulp, much sought after by the confectionery industry especially for the famous Marron Glacé.

Monte Vulture is completely surrounded by chestnut woods; chestnut belongs to the local gastronomic tradition and is the main ingredient of a particular dish, the lagane di castagne - egg tagliatelle made with chestnut flour, cooked in a soup with chickpeas and chestnuts.

In Melfi there are several accommodation facilities. 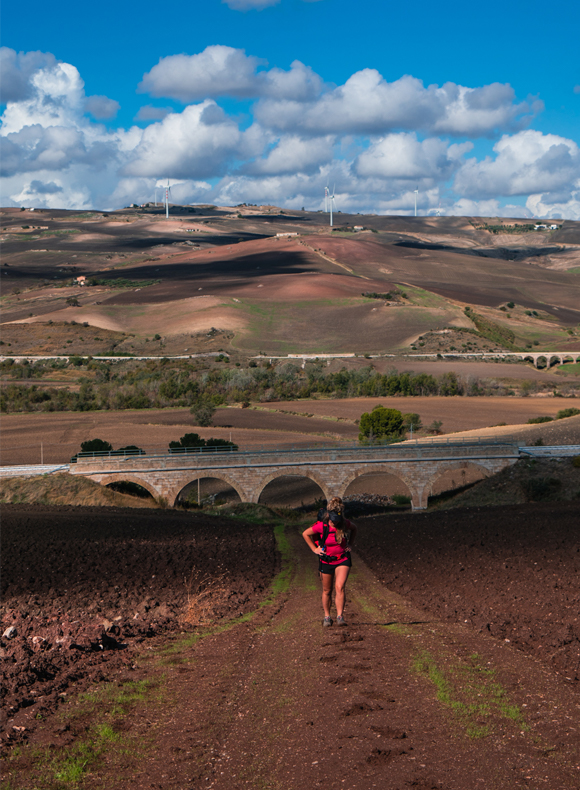 “After many cultivated hills, we spot the splendid castle of Melfi” 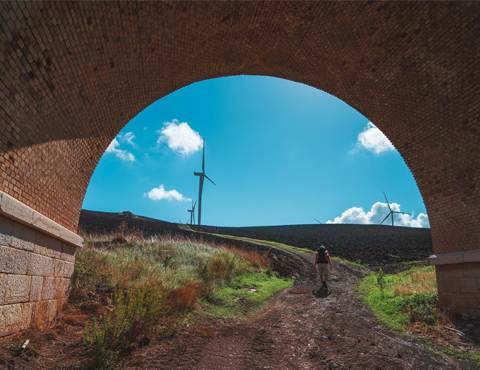