A quiet and pleasant stage, almost resting, without significant differences in height.The first day on the Grande Traversata Delle Alpi, the mythical Piedmontese ridgeway, crosses the Val Cannobina, from the Sant'Anna’s Gorge and the hemp well of Crealla.

We reach Traffiume following the cycle path that runs alongside the Cannobino stream, then we walk along the impressive Sant'Anna’s Gorge, dominated by the beautiful church bearing the same name. We start the path that runs along the Valle Cannobina, always keeping the Cannobino stream on our left side, and with gentle ups and downs, we pass some ancient stone bridges. The path is also ancient, completely in the woods, and well preserved.

We cross the inhabited area of Cavaglio San Donnino to continue on the half-way path. We lose altitude and we are in Lunecco, where it is worth visiting the Ecomuseo del Lago e dei Monti, dedicated to the history of the territory (from smuggling to the cultivation of hemp, to the massive emigration of the early 20th century). We cross the stream to the south and start the only climb of the day (about 200 m height difference), to reach the picturesque village of Crealla which still houses a well for the maceration of the hemp. On an easy mule track, we go down to cross the Falmenta stream and, after a last short climb in the woods, we are in the village of Falmenta.

In the middle of these mountains, there is a...Scottish village: Gurro.

In 1525, the army of the King of France was defeated in the battle of Pavia and a surviving group of Scottish mercenaries resumed their way home, passing through the territory of the current town of Gurro. The climate, the landscape (similar to that of the Scottish Highlands), and the numerous sheep farms made that place the ideal haven: the soldiers remained in the Alpine valley.

Today traces of this stay are still visible: the typical clothes of women, the narrow streets of the village, the style of the ancient houses, different from the others in the valley, the presence of many words of Gaelic origin in the local dialect ...

In 2002, in the Cannobina Valley, a group of local women started to collect objects and testimonies with the aim of safeguarding the culture of the valley. Over time they managed to organize a space, which became the Ecomuseo Lunecco Della Val Cannobina.

In addition to the objects documenting different aspects of everyday life, there are also reconstructions of some buildings, such as homes or taverns ... Much attention is dedicated to the phenomenon of emigration and smuggling (passing through Monte Gridone you could reach Switzerland, bringing rice and taking back sugar, tobacco, cocoa).

Some interesting details of the valley: the classic wedding dress was black, it was the husband who gave his new wife the bobbin to weave wool, it was the men who were in charge of the production of wicker baskets, in front of the hearth, the best place in the house.

A few kilometers from Falmenta is the Trattoria da Ornella e Vinicio, a real reference point in this area: the tagliolini with porcini mushrooms and the "gran caffè Vinicio", with its secret recipe, are highly recommended.

Starting point reachable by bus, starting from the town of Verbania (reachable by ferry from the city of Stresa).

City of Verbania (Pallanza), Departure point reachable by ferry from the town of Stresa with a change in Luino. 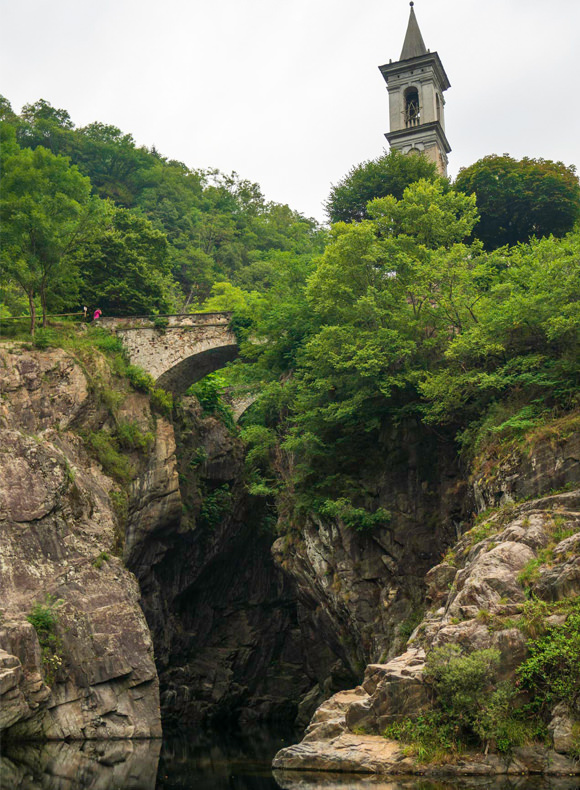 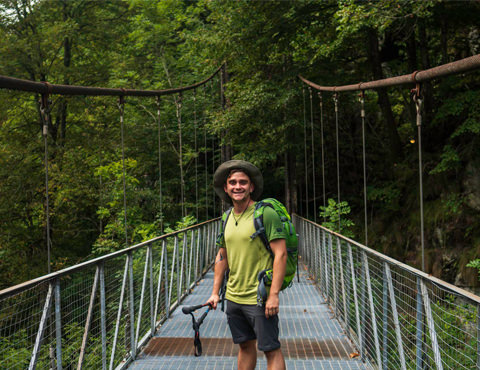