Quite a short stage with a moderate height difference, easy and pleasant.

The day is full of cultural and ... geological cues: in this area, the African tectonic plate meets the Eurasian one, giving rise to variegated rock formations (various types of shale, marble).

We take the path that climbs gently (350 m height difference) in the woods towards Mergugna. We then descend to Gurro, where we recommend to pay a visit to the Museo  Etnografico Della Valle Cannobina, that offers reconstructions of the life of the past (the theme of hemp cultivation returns) and typical local costumes. For geology enthusiasts, there is also a small geological museum nearby.

We then ascend again (200 m height difference) up to Alpe Piazza, from where we admire the peaks of the nearby Val Grande. Having lost a bit of altitude again, we take the path along the hillside until we arrive at the beautiful mountain pasture of Provola and, from there, we quickly descend to the village of Finero. An additional stretch of road leads us towards the Piano di Sale, just before which we take the path on the right, that descends into the Val Vigezzo. Once on the valley floor, we cross the Melezzo Orientale stream and skirt it towards the east, finally entering the village of Re. South-east, the severe Mount Limidario (2,188 m) makes its appearance.

Val Grande is the largest wild area in Italy and owes this record to events related to the Resistance.

In June 1944, thousands of Nazi-Fascists surrounded the Val Grande with the aim of eliminating the large local partisan formation. The operation continued for two weeks and in the end, the partisans killed, along with some villagers, were at least 300. Many small settlements, inhabited by shepherds, charcoal burners, and lumberjacks, were destroyed and dozens of mountain pastures, as well as some mountain lodges and a small hotel, suffered the same fate.

The widespread community did not recover and after the war, the entire area was abandoned, earlier and faster than many other mountain areas in Italy. Thus, Val Grande has become a large wilderness area, today protected by a National Park, where you can walk for hours without finding any human settlement.

This territory has a very important geological peculiarity, namely the presence, recognizable thanks to satellite images, of a tectonic line that according to scholars is a geosuture, expression on the earth's surface resulting from the collision between the European and African tectonic plates. In Gurro there is a Geological Museum which well documents this matter.

The Sanctuary of the Madonna del Sangue is an important pilgrimage destination in Val Vigezzo.

The sanctuary (in the last century it has received the title of the minor basilica) consists of two buildings: the oldest, dating back to 1600, was incorporated into the modern one, consecrated in 1958. The Sanctuary stands near the place where, according to tradition, a miracle occurred in 1494: a villager who was furious for having lost in the game of piodella (which consisted of throwing a stone to hit a coin, placed on a wooden cylinder) threw a stone against a small fresco of the Madonna del Latte, which began to bleed.

The runditt (or stincket or amiasc: the name depends on the area) is a sort of very thin crepes, made with flour and water that is typically eaten on holidays, seasoned only with butter and salt. In 2016, the Runditt Academy was established in Malesco .

Departure point reachable by bus, starting from the town of Verbania with a change in Cannobio.

Town of Verbania (Pallanza), reachable by ferry from the city of Stresa. 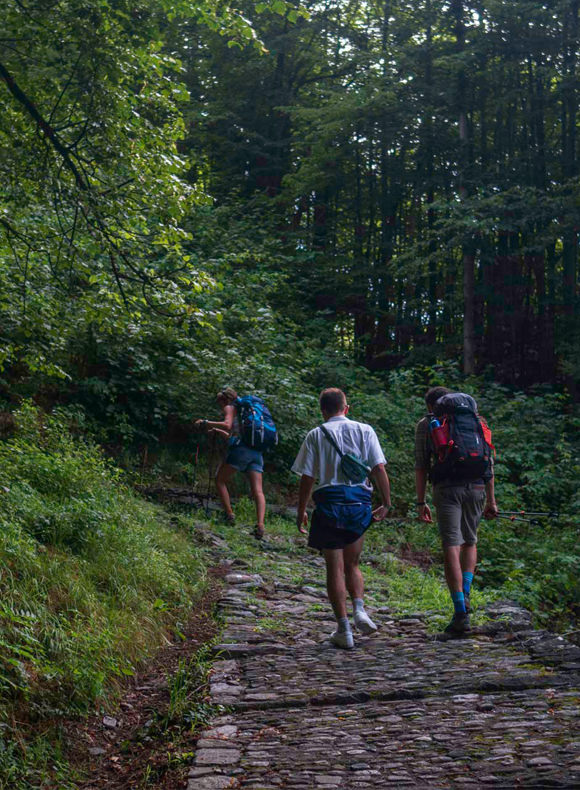 “Upon our arrival in Re, we are struck by the Sanctuary of the Madonna del Sangue, with its colorful neo-Byzantine domes” 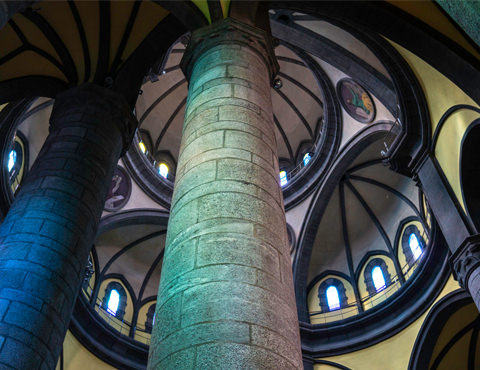