A stage of good length, but not excessive altitude.

The stage is quite long, but the difference in altitude is not too great: you walk in gentle ups and downs and enjoy the shade of the beautiful Bosco di Ficuzza.

The highlights of the day, apart from the forest, are the ramparts of Rocca Busambra and, towards the end of the stage, the view of Lago dello Scanzano.

In the second part of the stage, as soon as you leave Bosco di Ficuzza on the climb to Rocca di Corvo, you pass a section without a path, characterised by very tall grass and uneven ground.

We leave Cefalà Diana on a dirt road between houses; just in the distance we enjoy the view of the imposing Rocca Busambra, the highest relief of the Sicani mountain group (and at 1,613 m the highest peak in western Sicily), which will accompany us practically all the way. We cross a tunnel carved into the rock. After passing through an equipped area, we enter the splendid Bosco di Ficuzza, a vast nature reserve located between the municipalities of Corleone, Godrano, Marineo, Mezzojuso and Monreale.

We continue in the shade of the forest - here and there rocks appear that are perfect for bouldering. We continue until we reach Ficuzza, where we can stop under the portico in front of the imposing parish church of Santa Rosalia. We leave the village and enter the woods again, with the imposing Rocca Busambra on the horizon, and climb (about 200 m height difference) to Rocca di Corvo. Once out of the wood, we have to walk for about 1 km through tall grass, without a path (look out for the signs): this is the most difficult part of the whole route.

After the descent, we continue on a dirt road on a false plain, enjoying the view of nearby Lago dello Scanzano, until we reach the luxurious Masseria Rossella.

The Bosco della Ficuzza, Rocca Busambra, Bosco del Cappelliere and Gorgo del Drago Nature Reserve was established in 2000 on an area saved from deforestation in the 19th century in order to expand cultivation. The landowners gave the area to Ferdinando I of the Two Sicilies, who made it his hunting ground and enriched it with the royal hunting lodge on the outskirts of the village of Ficuzza.

In addition to the Bosco di Ficuzza, which was declared an inalienable state forest in 1901, the area is characterised by the Rocca Busambra, a 1613 m high limestone massif that separates the Bosco di Ficuzza from the Bosco del Cappelliere. Numerous streams characterise the area and give rise to the gorghi (natural pools of water that form along rushing channels); the most famous is the Gorgo del Drago di Godrano, which was converted into a fish breeding pond by Ferdinand I at the beginning of the 19th century.

This area of untouched nature is home to up to 80% of the animal species of the entire region: from the fallow deer to the wild boar, the wild cat and the hedgehog.

The Sicani are the oldest people to have inhabited Sicily.

They were driven out of the east by the Siculi in the 2nd millennium BC and settled in the central part of the island: more or less in the present-day provinces of Palermo, Agrigento and Caltanissetta.

From the Sicans, besides the Greek evidence, ceramics have been preserved that are characterised by their red colour. The origins of these people, who were devoted to agriculture, have been disputed since ancient times: Diodorus Siculus and Thucydides wanted them to be descended from the Iberian peoples, while Timaeus claimed they were an indigenous population. More recent research indicates that the Sicans belong to the so-called Mediterranean lineage, consisting of the Ibero-Ligurian-Sican race. From the writings of Diodorus Siculus, it appears that the Sicans were not united in a single state, but were a collection of villages that ruled themselves with their own kings. The only one we have record of is Cocalo, who is known to have given refuge to Daedalus, who was fleeing from King Minos, for whom he had previously built the famous labyrinth.

A characteristic architectural element of the area is the Baglio. It is a building characterised by the presence of an inner courtyard, which was a fortified farmhouse: a peasant housing structure characteristic of the Sicilian countryside, used to populate uncultivated and abandoned inland areas.

The nobles granted the “repopulation permit” and the Baglio was transformed into a farm that housed the numerous peasants in addition to the landowners. All the buildings inside the Baglio faced the farm and the walls of the buildings formed a defensive wall. Inside there were also stables and stores for fodder. The Bagli were built in a dominant position to control the area, close to water sources.

The Scanzano Space Centre has been located near Lake Scanzano since the 1960s. It has been active since 1989 and works in the field of satellite links - telecommunications, satellite navigation and remote sensing.

With a surface area of 65,000 square metres, it is in a privileged position to handle communications from Africa and the Middle East.

Rocca Busambra (1,613 m) is the highest peak in the Sicani Mountains: a 15 km long ridge overlooking the hills of Bosco di Ficuzza.

Its name comes from the Arabic words qalat abu samra, meaning “the castle of darkness”, referring to the enormous dark shape that stands out in the landscape. The limestone walls of the massif rise vertically and seem to bring a piece of the Dolomites to Sicily. According to the locals, you can hear the sound of the sea waves on the crest of the massif, an echo that bounces off the hills and reaches the top of the mountain.

In Ficuzza, in the municipality of Corleone, is the Real Casina di Caccia.

It was built in 1799 and was the residence of Ferdinando I of Bourbon from 1810 to 1813. It was built by the architect Carlo Chenchi and is characterised by its neoclassical style and its large, austere façade. Reopened in 2009, it now houses the Multimedia Museum of the Ficuzza Forest, which tells the story of Ferdinando I, who loved the place very much, in addition to the biodiversity of the region.

The original furniture was destroyed during the uprisings of 1820-21; the paintings in the king's bedroom, depicting various hunting scenes, are still preserved. In the basement of the building is one of the oldest and rarest snow machines in Sicily - it seems that the king loved to serve his guests grated snow flavoured with lemon juice.

The dairy product that is the symbol of the region is Provola dei Monti Sicani.

It is a pasta filata cheese made from raw cow's milk and has a classic pear shape with a head that is smaller and rounder than other types of provola. It is used in the kitchen for “stringy” dishes and is also excellent as a table cheese.

The starting point can be reached by bus, starting from the city of Palermo.

Here is theLINK to check the timetable. 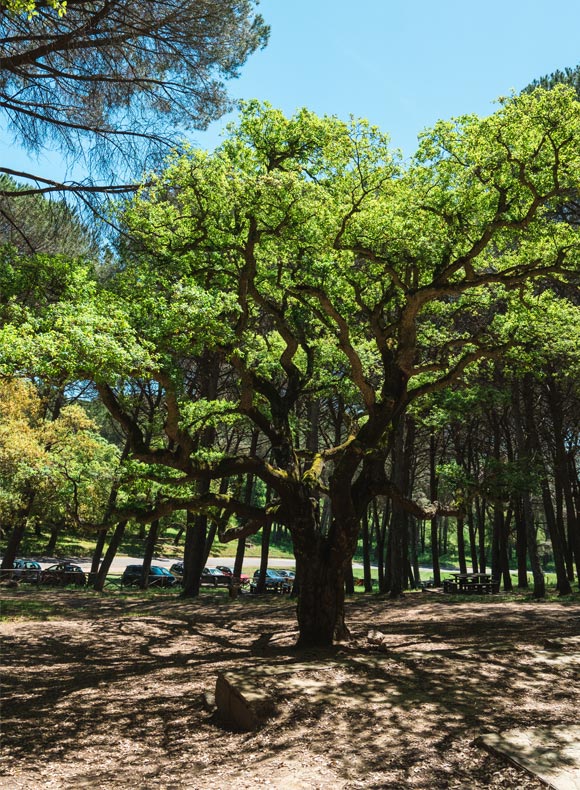 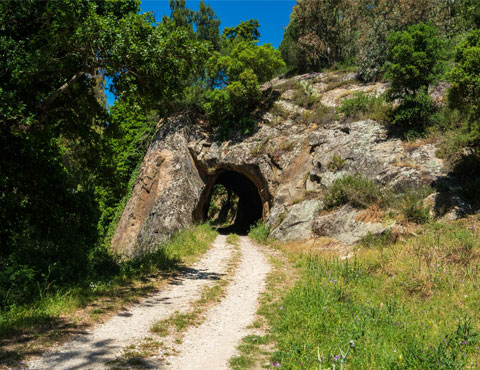