An easy stage, with little positive altitude difference; unfortunately entirely on asphalt, but still fun and smooth. We arrive in the Molise town of Isernia.

The route represents a variant of the Sentiero Italia (which from Rivisondoli bends south-east, towards Pescolanciano, and then heads south-west towards Isernia), preferred for the scenic beauty of the Mainarde.

We leave the center of Colli al Volturno and climb slowly (about 200 m height difference) on an asphalted road, until we reach a flat ridge with a beautiful view of the Mainarde and the Volturno Valley. Once in the castle area, we take the small road on the right and with a wide turn we quietly descend to the village of Fornelli, with its beautiful walls.

We continue the descent (approximately 200 m drop) towards the Vandra river; upon reaching the provincial road, we turn left and after crossing the river we take a small road on the right, which goes south into the valley floor. Just before crossing the Cavaliere river, we turn left and continue for a long time, on level between the cultivated fields.

After several kilometers we arrive in Isernia.

The history of Isernia has been marked by numerous tragedies: the destruction of the Samnite city by the Romans, the earthquake of 847 AD, the numerous Saracen invasion and Norman one that destroyed the ancient Cyclopean walls.

The latest tragedy is that of 1943, when the city of Isernia was the victim of a very heavy bombing by American planes. The Allies had the objective of blowing up the bridges of Cardarelli and Santo Spirito to delay the retreat of the Germans, but the bombs hit the city on the market day killing about 4,000 people. In memory of what was destroyed, the pavement of Piazza Celestino V (the most important in the city) is decorated with the layout of the buildings existing before the bombing.

Isernia boasts of being the first capital of Italy (well before the birth of the Nation): it was in fact the capital of the Lega Italica, the alliance signed by the Italic peoples who declared war on Rome to force it to grant them citizenship, with all the benefits of the case. During the Social War, after the fall of Corfino, the capital of the Lega italica was moved first to Bojano and then to Aesernia (initially loyal to Rome), the city where the coins on which the name Italia appeared for the first time were probably minted. The war ended with the military victory of the Romans led by Lucio Cornelio Silla, but despite the heavy defeat the Italic peoples managed to obtain Roman citizenship.

The Samnites Pentri were the warrior people who lived in the area of the current province of Isernia (a city that still has the Samnite shield as a symbol).

The main feature of the local craftsmanship is the bobbin lace. The Isernino lace pillow (a particular type of lace), probably introduced from Spain by the nuns of Santa Maria delle Monache, is characterized by the finest workmanship and the particularly bright and elegant ivory color. It is a school subject at the city art school and still today, along the city streets, you can hear the ticking of the fuselli (bobbins, the tools used to make lace).

The symbol of Isernia is certainly the Fontana Fraterna, a fountain built by the Rampini family in 1835 using stone blocks recovered from Roman buildings in the city.

Composed of six round arches placed in front of the six water mouths, it owes its name to the fact that it was once located in the neighborhood of the guild founded by Celestino V, a native of Isernia. However, some argue that in reality the name is linked to the aggregation function that the fountain performed - today it is located in the most social center of the city, Piazza Celestino V, moved after the bombing of 1943.

The Museo Nazionale del Paleolitico, inaugurated in 1999, collects the Paleolithic history of Isernia that emerged from the La Pineta archaeological area, where traces of settlements from 70,000 years ago are found.

The archaeological site was discovered by chance in 1978 by the researcher Alberto Solina, not far from the town. A research published by the magazine Science affirms that Isernia is one of the oldest sites where it is attested the use of fire by man; the numerous animal remains are also of considerable interest, revealing the presence of unknown species in this area. The presence of man in the area of Isernia in such remote times is due to the abundant presence of water (there are three rivers in the area).

In the Cathedral of San Pietro Apostolo, located in Piazza Andrea d'Isernia (which was once the Roman forum), we find the history of the city - superimposed on several layers: the building stands on the Italic temple of the 3rd century BC and on a side of the cathedral the podium is still visible, that is the raised base on which the temple stood. It was a capitolium,that is a temple dedicated to the Capitoline triad: Jupiter, Juno and Minerva.

In the early Middle Ages, a Greek Byzantine cathedral was built on the site of the temple, but in 1349 a terrible earthquake destroyed the building that over the centuries was damaged and rebuilt several times, up to the neoclassical style restorations of the second half of the 19th century.

Beside the cathedral remains the bell tower built in 1349.

In Isernia, various civil engineering works deserve attention: the Roman aqueduct dug into the travertine rocks which still today, after two millennia, continues to bring fresh water to the city; or the imposing Cardarelli Bridge, built in the late 19th century on two orders of arches, for a length of 130 m.

The Molise product par excellence is the caciocavallo, a seasoned stretched curd cheese with an unmistakable shape. The name derives from the fact that, in order to mature them, the cheeses are tied in pairs and hung on a stick.

The most renowned producer is certainly the Caseificio Di Nucci, in Agnone, that for centuries has handed down the dairy tradition from generation to generation. It is also worth a try,  the stracciata, a stracciatella without cream - exceptional!

The onion of Isernia is renowned, with its large size and flattened shape.

In the past it was used as a medical remedy for cysts and calluses on the feet, it is called St. Peter's onion because, according to a legend, the saint lowered a braid of onions into the underworld, so that his dead mother could cling to it and return to the world of the living. However, when other souls tried to cling, the mother began to struggle to chase them away: the braid broke and she fell back into the flames.

On 28 and 29 June, the feast of Saints Peter and Paul, there is Fiera delle Cipolle, existing since the 15th century. One of the typical dishes is the cipollata, an onion omelette.

In the province of Isernia, it is collected a considerable amount of white truffle, unfortunately little known. The Molise White Truffle Fair, Fiera del Tartufo bianco molisano, has been taking place since 2011. 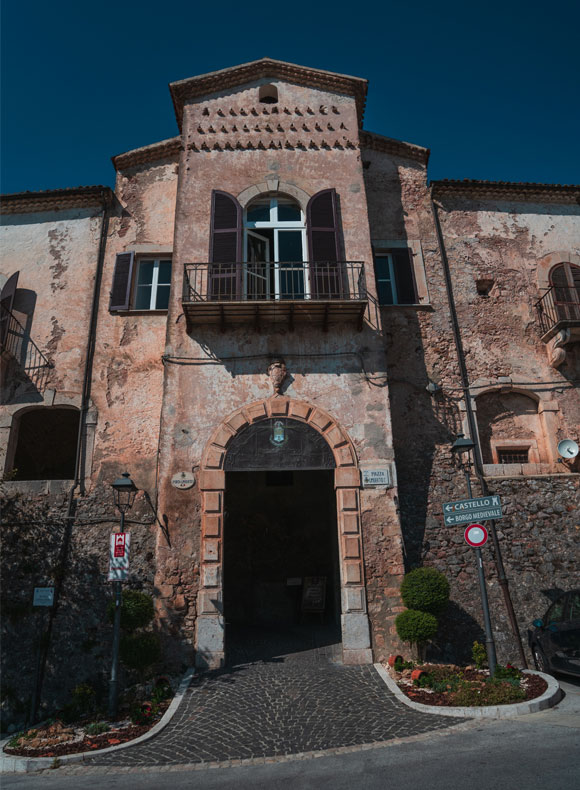 “At the gates of Fornelli a lady smiles at us and, as a welcome, fills our hands with the sweetest grapes” 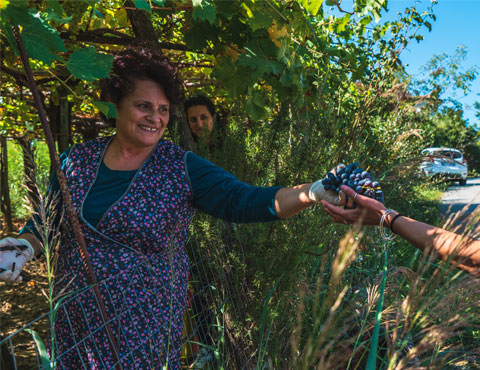