An easy and short stage, without any particular moments of interest, takes us in front of the Santuario dell’Addolorata in Castelpetroso.

Shortly after taking the path you cross a plain infested with thorny plants; the signs are absent and it is therefore necessary to monitor the GPS track in order not to get lost.

We cross the historic center of Isernia; then, we leave the city through a maze of narrow streets. After crossing a large road, we take a minor one until we cross the railway tracks; from there, we pass on a dirt road and, climbing a little (about 100 m height difference), we reach a wide plateau infested with thorny plants, where the track is not marked and it is necessary to orientate with the GPS in order not to get lost.

We return briefly to the road, resume an ups and downs path, pass a clearing and reach a nunnery. A short but steep climb (about 100 m height difference) takes us to the village of Pettoranello, where we find a fountain. We continue on the road descending slowly, then by a hairpin bend, we pass on the cart track and we continue on a long level straight road; with a last climb, we are at the monumental Sanctuary of Castelpetroso.

The picture of the Santuario di Maria Santissima Addolorata covered in snow reminds us of the castle from the Disney fairytale Frozen. In neo-Gothic style, the basilica has a 54 m high dome surrounded by seven arms, which symbolize the heart pierced by the seven swords of the apparition, the seven Marian sorrows.

The sanctuary is located in the locality of Cesa tra Santi, where at the end of the 19th century it is said that the Madonna appeared.

Two shepherd girls looking for a lost sheep were attracted by the light coming from a cave; approaching it, they saw the Madonna, with her chest pierced by seven swords, watching over the body of Jesus Christ. A spring of water appeared in the place of the apparition and, in the following years, the water of this spring miraculously cured Carlo Acquaderni, brother of one of the founders of the Azione Cattolica, from bone tuberculosis. The apparition and the miraculous action of the spring were placed under investigation by the bishop of Bojano who, attesting to the miracle, in 1890 laid the first stone of the Sanctuary - then completed only in 1975.

In the village of Castelpetroso it is possible to see an artistic Molise nativity scene; the characters, portrayed dealing with ancient trades, wear the 18th-century costumes of this area of Molise.

The festive moments in town are marked by the always present du-bot, dialect term used to indicates the accordion. Since 1986, the musical instrument that in the past invited the peasant population to dance during the phases of work in the wheat fields, has been the protagonist of a festival in Castelpetroso, which preserves the ancient tradition.

On a hill near Isernia is the hermitage dei Santi Cosma e Damiano, that was built on an ancient pagan temple dedicated to the god Priapo, protector of virility. Even with the advent of Christianity, for centuries the cult of the two Medici Saints merged with the spontaneous one dedicated to the ancient pagan god. Many women without children went in procession to the hermitage to ask for the grace of a pregnancy: during the celebrations of Saints Cosma and Damiano, in the month of September, it was traditional to bring ex-voto gifts in the   shape of male and female genitals. In 1778, the British Ambassador to the King of Naples, Sir William Hamilton, after a visit to the hermitage, delivered to the English Parliament a report on the popular cult he had witnessed - which aroused a wave of Christian outrage throughout Europe, following which local institutions banned the demonstration.

Even today, sometimes, phallic-shaped ex-votos appear in the church, carried in secret.

The taccuzzelle and beans is a typical dish of Castelpetroso. Known in other places as sagne, taccuzzelle are a type of pasta cut into small diamonds, traditionally cooked with beans grown on the slopes of Monte Patalecchia - which stands out above the sanctuary.

The casc e ova, cheese and eggs, is a combination that we often hear about in the Apennines: here the recipe includes a potpourri of zucchini, beans, sausage, peeled tomatoes, onion, parsley and, of course, eggs and pecorino cheese.

Starting point reachable by train from the city of Campobasso. 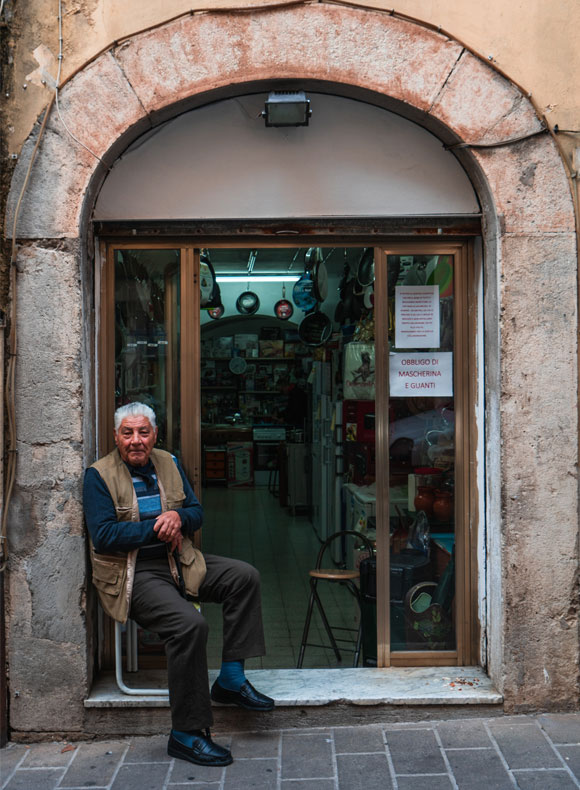 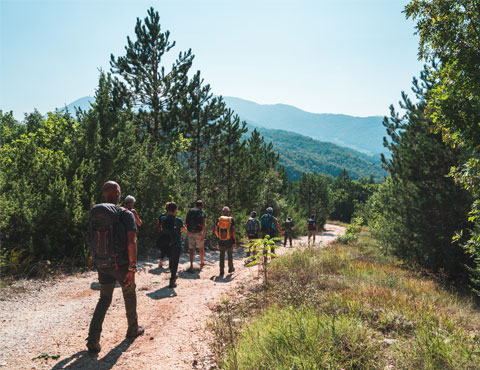