The first Ligurian stage is a long walk in the woods, very easy, with little difference in altitude and some beautiful views of the sea of the Ligurian Riviera di Ponente.

We cross the old center of Garessio and, by the church, we take the large path that climbs wide and slow, going up the Rio di Bocca Bianca. Once in San Mauro, we take the path that climbs decisively (approximately 250 m height difference) southwards, to the eastern shoulder of Colle San Bernardo. We arrive at a terrace where several large wind turbines are installed and in the distance, we see the sea.

From here we are on the Alta Via dei Monti Liguri. We proceed in the woods, in a continuous of small ups and downs and long flat stretches. Once on the Bric Schenasso ridge, the landscape opens up again and we walk in the open for a small panoramic stretch. Back in the woods, we lose altitude (approx. 200 m drop) to easily reach Colle Scravaion, then we return to climb slowly (approximately 100 m height difference) towards the Colletto Bianco. Staying on the ridge, we continue on the AVML which, after the summit of Monte Subanco, descends (about 200 m drop) towards Giogo di Toirano.

In medieval times, the Val Bormida played a significant role in the formation of the Gallo-Italic dialects in... Sicily!

In fact, in the 11th century, following the wedding with Adelaide (of the Piedmontese dynasty of the Aleramici, who ruled the area between Liguria and Piedmont which included exactly the Val Bormida), the Norman ruler Ruggero I favored the arrival in Sicily of many settlers and Valbormidini soldiers, to facilitate the Latinization of the island and strengthen the Catholic stock, at the expense of the Saracen one.

Even today, some of these linguistic islands survive in Sicily (whose speech retains phonetic characteristics of northern Italian), such as Piazza Armerina, Nicosia, Novara di Sicilia or Montalbano Elicona.

The Toirano Caves are a karst complex with many cavities, several of which are open to the public, covering a distance of over 1 km.

In addition to the beauty and the undeniable naturalistic interest (there is an 8 meter high stalagmite covered with crystals), the caves are rightly famous because they contain incredible archaeological evidence.

In the Corridor of the Footprints, we find human footprints left imprinted in the clayish floor, dating back to at least 12,000 years ago. Thousands of bones have accumulated in the Bear Cemetery, probably as a result of ancient floods (and the skeleton of a prehistoric bear was reconstructed there). Finally, the Hall of Mysteries bears the most important signs of human presence, from the footprints on the clay bottom to the marks left by the torches on the walls.

During the bombings of the Second World War, the local inhabitants found refuge in a part of the caves, called the Tanone, now home to didactic laboratories for experimental archeology and an aging cellar for sparkling wines.

In Bardineto there is a curious cluster of (inhabited!) Mushroom-shaped houses, known as the Smurf Village.

The area is renowned for its excellent mushrooms.

It is no coincidence that in nearby Bardineto, since 1984, the National Golden Mushroom Festival has been held: a lively three-day village fair, with tastings, awards, and exhibitions, which attracts passionate gourmets and tourists from everywhere.

At the Giogo di Toirano, there are no accommodation facilities. From there, however, you can go down to the nearby village of Bardineto (about 2.5 km north of the pass) where there are various solutions for overnight stays.

Starting point reachable by bus, starting from the town of Mondovì.

The nearest location reachable by train is Mondovì, starting from the city of Cuneo. 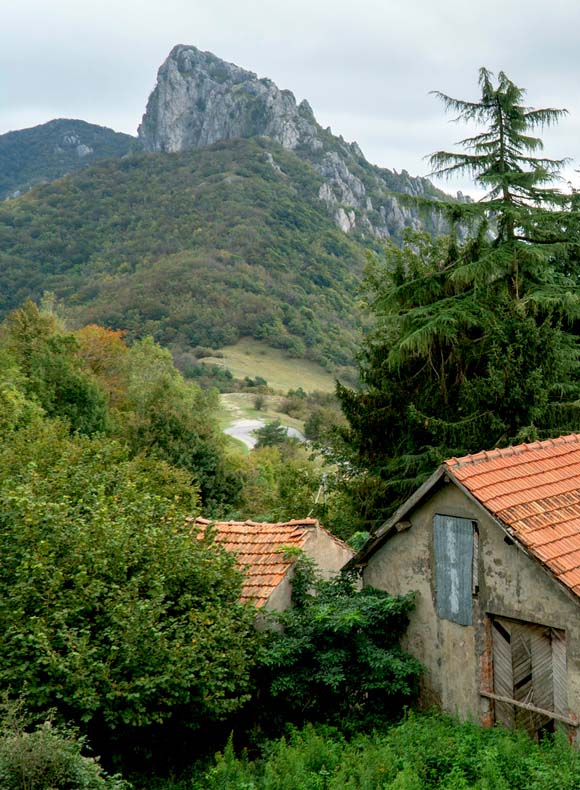 “Amidst the small alleys, we suddenly see a large mountain that seems to guard the ancient village” 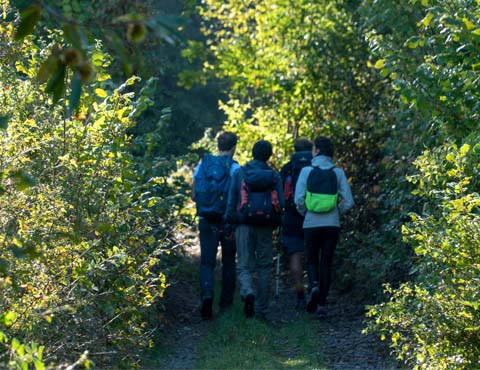