Medium-length stage with negligible height difference. Interesting views of the karstic landscape and places of historical interest, mostly from World War I.

The peak of Quota 144 (once strategic observation point, as attested by the trenches) and the large swamp of Lake Doberdò embellish the day.

Signs are sometimes insufficient and it is easy to get lost: near the crossroads, it is good to keep an eye on the GPS.

The only water point available is by the towns of Medeazza and Jamiano.

We walk through the woods until we cross the northern shoulder of Monte Ermada. After stumbling upon the remains of the Austrian forts of World War I, we reach Medeazza where there is a fountain. Shortly thereafter, once back on the path, a panoramic viewpoint shows the view of Monfalcone (with its huge steelworks and the impressive shipyard) and the Timavo river, a large underground stream, which comes out at S. Giovanni di Duino.

Continuing we come to the village of Jamiano. Here start several "talking" paths, which means paths equipped with signs illustrating local events during World War I. A short climb brings you from Jamiano to Monte  Arupacupa, also known as Quota 144 (a strategic observation point, as proved by the trenches still visible today).

We retrace our steps for a short distance. We then climb up to Monte Debeli, from which we see Lake of Doberdò (of karstic origin, similar to a swamp). On the way down, we reach a road and walk along the southern shore of the lake, then we turn northward. After a small steep climb, we arrive at the panoramic shelter Casa Cadorna, near which (in addition to numerous military remains) there is a small cliff, an excellent gym for novice climbers. Finally, we reach the Gradina Visitor Center, which houses an interesting museum on the Karst.

The Battle of Doberdò, between the Kingdom of Italy and the Austro-Hungarian Empire, was fought in this area during World War I.

The battle is also called "Battle of the Peoples" because of the different populations within the two sides: the Austro-Hungarian battalions were formed by Hungarians, Romanians, and Slovenians, while on the Italian front there were the Sardinians from the Sassari Battalion.

Doberdò Lake is surrounded by a swamp - a maze of reeds, paths, and streams.

The peculiarity is that there are no surface inlets or emissaries: being a karstic lake, it is fed by underground springs.

In the spring beautiful wild asparagus can easily be gathered on the sides of the paths. Perfect for an omelette at the end of the walk!

Starting point reachable by bus, leaving from Trieste with a change in Aurisina. 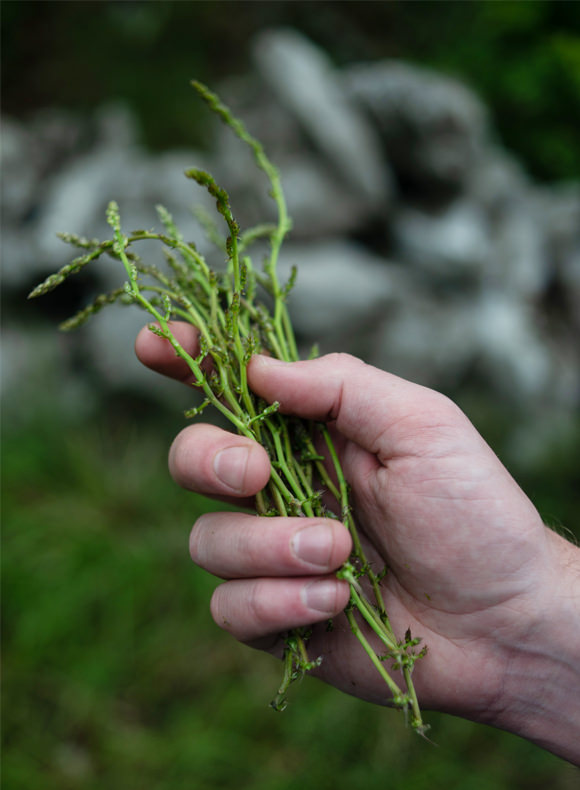 “From Casa Cadorna we admire the swamp of Doberdò Lake: the atmosphere is already so different from the previous stages” 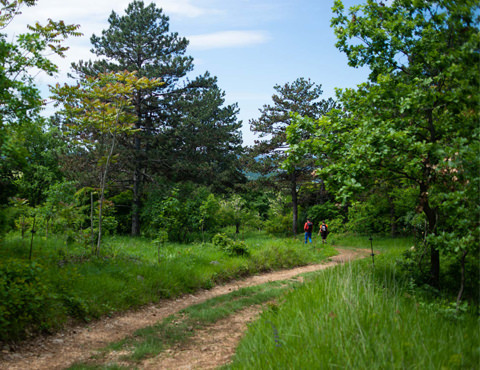