An average length stage with moderate elevation changes, very gentle. Predominantly in the forest, but it also offers some beautiful moments.

At some junctions there are no signs and it is easy to go the wrong way: look out for the GPS track.

There is only one water point a few kilometres before the finish: Take a good supply with you.

From the Boschetto Fiorito refuge, we return to the Sentiero Italia and walk back up a short climb until we reach the asphalt road, which we cross, taking the wide path that soon leads us to the southern shore of the Laghetto di Zomaro.

We continue walking gently up and down through the beech wood and shortly after we come across the provincial road, which we immediately leave and return to the path that runs parallel to it; we cross Moleti (with some houses) and continue along this path for a few kilometres. After crossing the secondary road that descends to Villaggio Trepitò, we begin a steep descent (about 200 m drop) along a somewhat uneven dirt track towards Valle dell’Uomo Morto (Dead Man’s Valley); after reaching the bottom of the valley, we continue a little flat, crossing a small river (the direction is not very clear in this section and it is necessary to pay close attention to the signs), then we start climbing (about 200 m height difference) until we reach a beautiful open plateau covered with ferns.

We continue along the edge of the forest, on the plain, then through the trees again and after the last kilometres of ups and downs we arrive in Piani di Zervò, where we notice the large structure of the former military sanatorium, now converted into a municipality.

In the municipality of Zervò there is the Social Cooperative “Il Segno” of Oppido Mamertina, which takes care of the social reintegration of prisoners.

The community is located in a former sanatorium for tuberculosis patients. The huge building (a good 10,000 square metres!), completed in 1929, was presented with great pomp by the fascist party, but was only in operation for a few years: the location (which made it very damp) was not at all suitable for the sick.

After a long period of neglect, it was renovated in the 1990s and given to the Comunità Incontro, a rehabilitation community founded by Don Pierino Gelmini (uncle of the former Minister of Education).

On 8 September 1943, the armies were not informed of the armistice that had just been signed and 400 paratroopers of the 185th Nembo Battalion faced more than five thousand Canadian soldiers who were tragically killed.

The paratroopers found themselves surrounded by the Canadian soldiers - it was a back and forth battle for days for the troops - and decided to attack the outnumbered enemy, resulting in a suicidal battle that was as glorious as it was futile. Only fifty paratroopers survived and were captured by the Canadian army.

In the municipality of San Luca stands the highest monolith in Europe: Pietra Cappa. A huge boulder of ancient origin, it juts out in the woods of Aspromonte towards the Ionian coast. With a wall 100 metres high, it covers no less than 4 hectares of land.

A strange legend says that Jesus Christ passed by here with his disciples and asked them to pick up a stone as an act of repentance. Peter wanted to be a smart aleck and picked up only a small stone and when Jesus turned the stones into bread, he had very little left in his hand. Jesus asked him to do the same thing a second time, so Peter wanted to overdo it, but this boulder was never turned into bread - which is why it is called “Peter’s Rock”.

Some rock settlements have been found on the slopes of the rock, dating back to the year 1000 and probably built by Basilian monks.

A special kind of Calabrian dessert is eggs alla monacella.

This is a hard-boiled egg whose yolk is mixed with cocoa and cinnamon and then reassembled and fried. A real flavour bomb.

The starting point is NOT reachable by bus or train.

The nearest location that can be reached by bus is Antonimina, starting from the city of Reggio Calabria by train to Locri where you take the bus to Antonimina.

Here is the LINK to check the bus timetables.

Here is the LINK to check the train timetables. 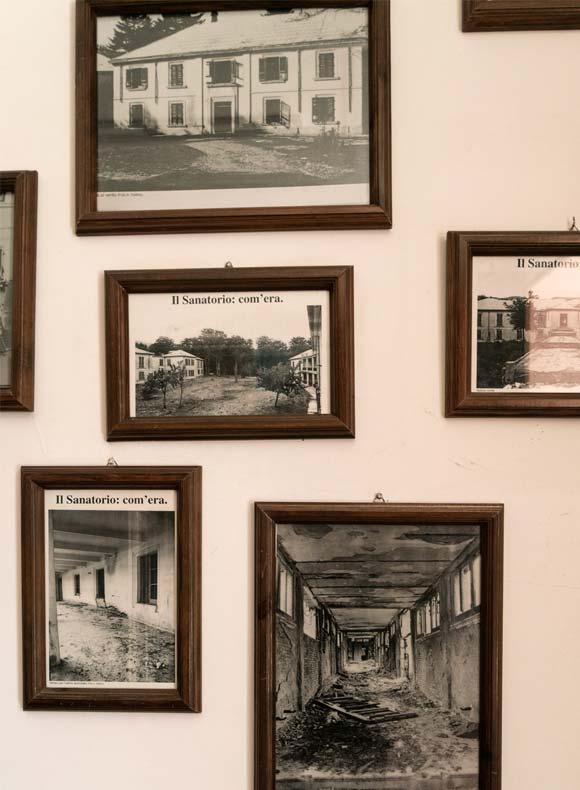 “Despite its bleak origins, the former sanatorium looks like an oasis of joy on a sunny day” 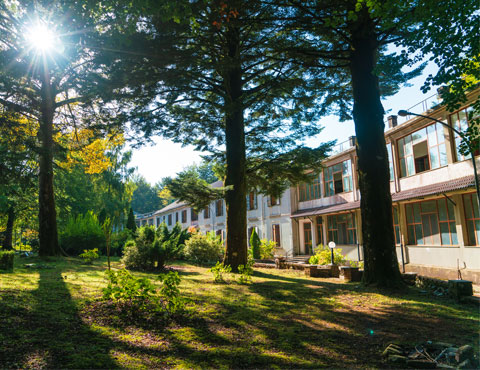