This is a short and pleasant stage, with many ups and downs, but no cracks, uphill or downhill.

It is advisable to fill up with water at the excellent spring in Limina Village at the start.

We start the first kilometres on asphalt; the road is not busy, but it’s best to be careful (in this first section we are not yet protected by the shade of the beeches). Then we leave the road to take a path and climb (about 100 m height difference) that follows the methane pipeline. From here on, the route is entirely in the forest; except for a few points where we have to cross the road, we continue along a path. We are surrounded by beech trees and tall ferns. We then reach a picnic area where we can refresh ourselves and fill up our water: we are halfway through the stage.

We resume the trail, in the middle of the beech forests. In the last few kilometres, the forest changes and we find ourselves in the middle of pine trees before turning onto a dirt track and re-entering a beech wood that leads us to the Rifugio Boschetto Fiorito. We pay attention and check the map, because the refuge is not signposted: it is behind a fence (usually closed), which we open and continue on the gravel road that leads us downhill in a few hairpin bends to the charming hut.

A typical musical instrument of the Locride region is the Calabrian lyre, also known as the Byzantine lyre.

This instrument, used for the Calabrian tarantella, is a variant of the zither and consists of three strings with a fingerboard without a nut; it is played with a bow. The main part of the lyre is made from a single block of wood and the tuning is usually the II, V and I degrees of the major scale.

It is played to accompany dancing or singing and is held between the knees or on the left leg. The Calabrian lyre, like other stringed instruments, came to this region from the East in the Middle Ages, although it was known earlier, in the Greco-Roman period: these customs were probably lost over the centuries and only reintroduced later.

In modern times, too, the lyre has suffered the same fate: in the 1970s it had fallen into oblivion, but thanks to the intervention of the cooperative “R.L.S.” from Catanzaro and the musical group Re Niliu, the last players and makers of the Aspromonte were tracked down and this tradition, which had grown over the last decades, was saved.

The Boschetto Fiorito refuge is located in the municipality of Antonimina, known for its thermal springs called Acque Sante Locresi.

Known since antiquity, this slightly sulphurous thermal water was used to cure various diseases - including, apparently, female infertility. At the end of the 19th century, the present spa was built.

The name Antonimina goes back to the origins of this town: the first inhabitants were shepherds and the name of the town means “sheepfold” in ancient Greek. Others believe that the name derives from the Greek word antònomos, “place full of flowers”, hence the name Boschetto Fiorito.

The very popular 'nduja has become the culinary symbol of Calabria.

It is a poor man’s dish consisting of the fatty parts of the pig and Calabrian chilli. It is used to flavour numerous dishes or it can be spread on bread. The best-known version of 'nduja is certainly that of Spilinga.

Perhaps not everyone knows that the term 'nduja comes from the time of the French occupation: it derives from the French word andouille, a generic name used to indicate cold cuts.

Caciocavallo di Ciminà is one of these products that have always been produced in Aspromonte.

Some claim that caciocavallo is one of the traditions that originated in Magna Grecia and that its ancestor is the kashkaval, which is still produced in the Macedonian region.

Caciocavallo di Ciminà, made from a mixture of cow’s and goat’s milk, can be eaten fresh (usually grilled) or left to mature, which gives it a stronger flavour.

Rifugio Boschetto Fiorito, on the Zomaro plateau in the municipality of Antonimina (the refuge is not always open, you have to call). Tel. +39347 407 1165

The starting point is NOT reachable by bus or train.

The nearest place you can reach by bus is Mammola. From the city of Reggio Calabria, take the train to Marina di Gioiosa Ionica, from where you take the bus to Mammola.

Here is the LINK, to check the bus timetable.

Here is the LINK, to check the train times. 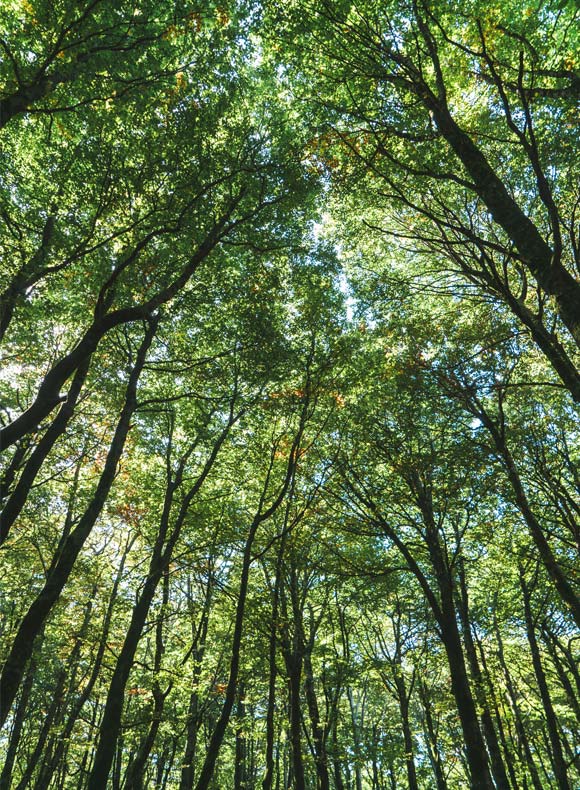 “A pink carpet unrolls at our feet: the beech forests are populated with precious cyclamen” 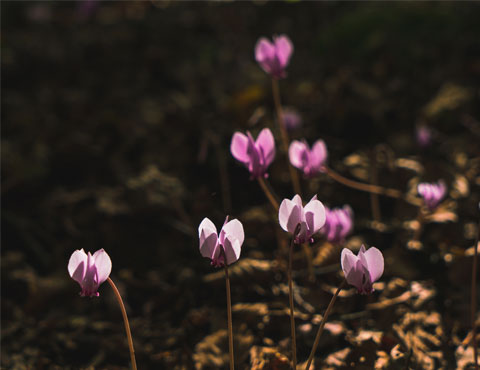