We come to the end of the beautiful Great Crossing of the Alps with a stage long for the number of kilometers, but very relaxing, mostly downhill.

The panorama of the Val Tanaro is very varied, in constant evolution. Beautiful are the villages of Chioraira and Chionea, before descending to Ormea.

Instead of continuing on the GTA (which descends directly to Viozene) we continue on the comfortable path called Trekking dell'Alto Tanaro, halfway up the hill towards the east, with beautiful views of the valley floor of the Val Tanaro. We proceed quickly in the woods (at times beech forest, at times pine forest) on a mid-coast track, passing several valleys and some small villages. We find the track of the GTA: after a slightly uphill stretch (approx. 200 m height difference), we reach the hamlet of Biranco and, on flat ground, the village of Quarzina (those who are tired can take advantage of the Rifugio Quarzina to break the stage).

With a short climb (approx. 200 m height difference), we arrive at the suggestive Piano della Colma, which houses the small church of S. Giovanni Battista. Let's go into the chestnut woods: some trees have really curious shapes. We begin to lose altitude (approximately 500 m drop) to arrive at the small village of Chioraira. After a flat cross path, we cross Chionea, another very particular and well-kept village.

On an easy path, we go down (approximately 300 m drop) swiftly to the town of Ormea (whose name derives from Olmo), with a beautiful central street and an old fortress. Here ends the fantastic route of the Great Crossing of the Alps.

Very particular is the Ormeasco dialect, neither Genoese nor Piedmontese, with words so singular that even the inhabitants of neighboring villages find it hard to understand it. It has varied influences: close to the Ligurian, with Latin, French, and Arab / Saracen influences (around the year 1000, in this area, the Saracens lived for about fifty years, probably pirates from North Africa).

The specificity of the dialect of Ormea was the reason why several local and foreign scholars have started to study phonetics and have published its grammar and dictionary.

In Ormea, not only the language is unique: the system used to clear the streets from the snow is in fact very scenographic.

It is called the biale practice: taking advantage of the natural slope of the streets in the town center and of the presence of the Armella stream (a tributary of the Tanaro), the water is channeled through an underground network of pipes and manhole covers to flood and therefore clean up the city streets. At the end of the journey, the water goes back into the manholes, then pouring out into the Tanaro river.

Val Tanaro boasts the highest biodiversity of floral species: of the approximately 6,000 species of flowers present throughout Italy, approximately 4,000 are here.

The Ormea Botanical Garden was built in the old cemetery, the walls of which have been preserved. In the garden, there are species of the territory and a persimmon tree has been planted, that descends from a plant that survived the atomic bombing in Nagasaki, as a symbol of peace and rebirth.

In Cantarana, a hamlet of Ormea, there is the Balma del Messere, a large cave closed by a mighty wall, whose fortification seems to be the work of Saracen pirates.

The Toma di Ormea is a cow's milk cheese that is produced in summer, on pastures over 900 meters above sea level. Square in shape, with rounded corners, it is recognizable by the red molds that emerge on the rind.

It is aged in the zelle ("cells"), chambers consisting of a barrel vault in which a stream of water flows: on the sides, there are the shelves used to mature cheese, which in this way remains fresh and moist.

To accompany the cheese we find the typical Ormeesi loaves, fozze, scones made of flour and milk (or cream), very tasty.

In Ormea there are numerous guest houses and hotels

The nearest location reachable by car is Musso.

The nearest location reachable by bus is Ponte di Nava, starting from the town of Mondovì.

The nearest town reachable by train is Mondovì, starting from the city of Cuneo. 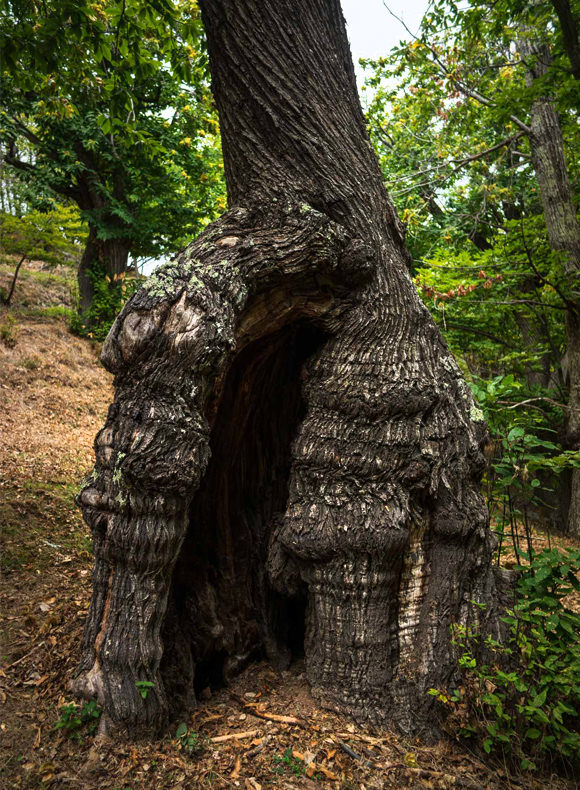 “We meet chestnut trees that look like living sculptures: everyone sees a figure in them, as with clouds” 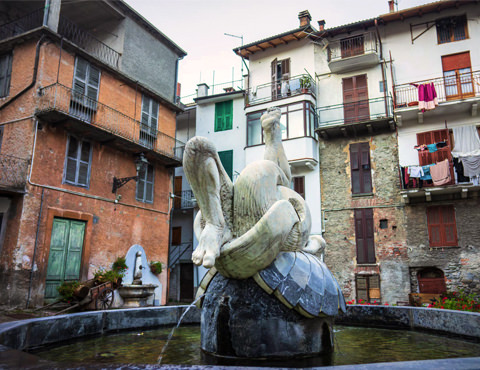