This stage was documented thanks to the contribution of Silvia Schönsberg.

Medium-length but fast stage: all downhill in the woods, with beautiful views of the Adige Valley, the surrounding peaks, and the Brenta Dolomites.

The protagonists of the stage are the masi (farmsteads) and the splendid town of Salorno, full of young people and life.

The only water points available are at the forest house and the Rifugio Sauch.

On a comfortable and flat path, we start skirting the Adige Valley from above. Once over the coast of Val Fredda, we reach a large forest house. Shortly after, we begin the long descent (approximately 950 m drop). On a good track, we pass Baita Felice, Rifugio Sauch, and visit the Roccolo di Sauch (a labyrinth of hedges, designed to catch birds). Continuing, we intercept a comfortable carriage road that leads us to Salorno, crossing the beautiful local vineyards.

We reach the Adige Valley, on the invisible border between Italian and German communities. In Salorno, the beautiful Haderburg Castle is worth a visit, on a cliff, and with a majestic view.

We are on the border between South Tyrol and Trentino.

Südtirol and Alto-Adige both indicate the province of Bolzano. The different denomination, which even in recent times has aroused controversy, lies in the observation point: if you look at the imperial past, the province is the southern part of the Austrian Tyrol. From the point of view of the unification of Italy, the province is instead the northern area of the Adige basin.

The creation of South Tyrol derives from the administrative division of the Napoleonic occupation.

After the Second World War, the Region obtained a Special Statute which, however, did not prevent the birth of an independence movement in South Tyrol, more connected to the Habsburg Austria, to which Trentino had been united after the Great War and that since always felt more Italian. During the 1960s and 1970s, these strong demands for independence led to numerous terrorist attacks with a consequent split between the inhabitants of German and Italian culture.

Today the political climate is more peaceful and the Region is one of the most prosperous in Italy.

Roccolo Del Sauch is a very ancient plant construction: it was used to capture migratory birds.

Positioned on the migratory route from North to South, it was built by modeling the plants to form a real labyrinth: in the center, there was a bird (usually an owl or a predatory bird) to attract other birds. Once gathered in the architectural vegetation used for fowling (roccolo), they were frightened by human voices and tried to run away, while getting stuck in the nets positioned between the branches.

The birds caught were traditionally used to cook polenta and osei (polenta and birds). Today the practice is prohibited, but Roccolo can be visited and remains a symbol of a peasant past in close contact with nature and its rhythms.

There are numerous wines that you can taste in Salorno: Pinot Nero (here it has a particular acidity), Schiava, Pinot Grigio, Müller Thurgau.

Or Lagrein, a native vine of Val d'Adige, a red wine that has been appreciated on the table of powerful locals since the early Middle Ages.

In Salorno there are several accommodation facilities (hotels and B&Bs).

The closest location that can be reached by car is Maso Giovanni.

The nearest location reachable by bus is Grumes, departing from the city of Trento. 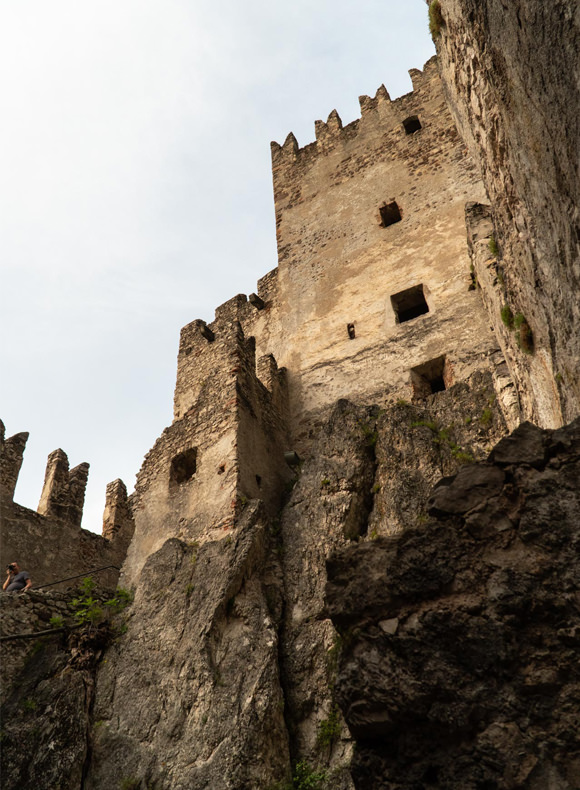 “Those of Salorno were special days. While eating and drinking, we became friends with happy, open people. They taught us what Heimat really is” 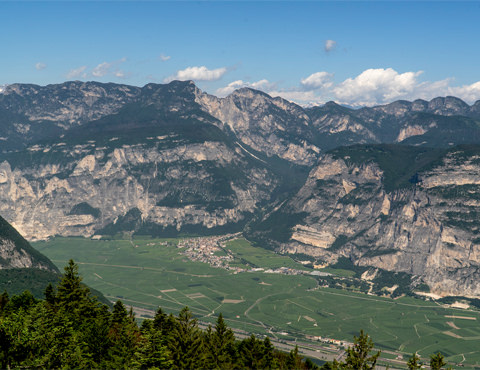