A fairly short and very pleasant stage that, alternating between woods and open landscapes, takes us to the village of Roccamandolfi, overlooking the Matese mountains.

Poor signage (still easy to find your way around, the route is always very clear).

The only water points are on the climb, just out of the woods, and at the Pecorella Nera farm.

We start from Castelpetroso and immediately begin to climb (about 400 m height difference) on a comfortable and long carriage road in the middle of the woods; out of the trees, we reach the eastern ridge of Monte Patalecchia, with a beautiful view of the rocky mountains in the direction of Roccamandolfi (Colle di Mezzo, 1,426 m).

We proceed for a stretch along the hillside; rwe return to the beech forest and begin a slight descent, bypassing the summit of Monte La Difenzola (1,398 m) from the north-east. Remaining on a carriage road, we ascend slightly to the pass under the top of Serra Caprara, then we descend (approximately 150 m drop) towards the valley below, where we turn left and continue on a slight slope; by the wind turbines, we find the Pecorella Nera farm.

Overcome the farm, we begin the descent (about 200 m drop) towards the village of Roccamandolfi, that we reach without problems.

In the 13th century Roccamandolfi was the scene of one of the battles between Tommaso da Celano, count of Molise, and Frederick II.

The Norman Emperor wanted to destroy the fortresses on the Apennines, considering them a danger for his policy of centralization of power; Tommaso da Celano rebelled and decided to defend his county. Together with his family, he took refuge in the castle of Roccamandolfi, which was put under siege: he managed to escape, gathered a small army and recaptured the fallen castles of Celano and Ovindoli. Giuditta, his wife, who remained in defense of Roccamandolfi with her children, finally yielded to the requests of the besiegers led by Tommaso I of Aquino.

Once in possession of the castle, Frederick II ordered to destroy it. Since then, the abandoned fortress continues to observe the town of Roccamandolfi from above.

The clash between the Emperor and the Count ended thanks to the mediation of the Pope: Tommaso was first exiled to Rome, then, although he returned in possession of his county, he was deprived of the free initiative and above all, of his strongholds.

The pesatura (weighing) is an ancient tradition of Roccamandolfi that lasted until the 1960s, as shown by the images in the documentary produced by RAI journalist Giuseppe Lisi.

Basically, the blessing of San Donato is invoked for a sick person by placing, at the foot of the statue of the saint, the equivalent in wheat or cereals of the sick person's weight. The weighing of the body in exchange for grace, according to some, has strong similarities with Egyptian or Iranian traditions. The rite, which involved weighing with a scale called statela ,was practiced above all for inexplicable and incurable diseases - such as epilepsy, known precisely as the disease of San Donato.

Of considerable symbolic value was the traditional Roccolano costume, a feminine dress that brought with it a variegated code of colors (which indicated the marital status).

One of the characteristic elements was the mappa, the refined headdress: white for single women, black for widows, red with floral embroidery for married women. It was customary for the groom to give the bride various gold jewelry on their wedding day, so that she could show them off with the dress. Women also wore a variety of rings with innumerable meanings and therapeutic powers.

Roccamandolfi was affected by the phenomenon of banditry in the pre and post unification period; born from socio-political reasons, it degenerated into criminal events linked to possessions or reasons of passion. Among those who made Roccamandolfi known as the town of brigands, there were Sabatini Lombardi, called the Maligno, and Rafaniello, called the Vagabondo.

The brigand Rafaniello, aka Domenicangelo Cecchiono, was active in the post-unification period: he gathered under his command a handful of brigands and occupied the village of Roccamandolfi for a few days, despite the resistance of its inhabitants. Rafaniello's period of banditry was marked by a lot of violence and murders; once arrested, he was shot in Piazza Marconi.

The ancient fortress, destroyed by Frederick II, continues still today to be the symbol of Roccamandolfi. Built by the Lombards, it was one of the strategic fortifications of the Molise countryside.

In the external part of the church of San Giacomo Maggiore, the center of the entire village, you can see a stone with some cavities of different sizes: these are the misure.

They had the function of measuring grains, considered a real currency of exchange. The measures had the following names and weights: piaccola (44 kg), tomolo (22 kg), mezzetto (12 kg) and quarto (3 kg).

The Rocka in Musica has been taking place in Roccamandolfi for more than twenty-five years. The festival, organized by local young people, brings to the stage the best emerging bands from the area. Every year in July, for three days, Roccamandolfi is completely absorbed in music and parties.

A 234 m long Tibetan bridge was recently installed in the canyon of the Callora river, located 140 meters above sea level: a breathtaking view.

Roccamandolfi is renowned for the ciammaruc ,or snails, which are collected on Monte Matese and cooked in green sauce for the feast of the patron saint San Liberato.

Another typical dish is the 'mbaniccia, a mixture of potatoes and beans seasoned with lard, onion, and oregano. 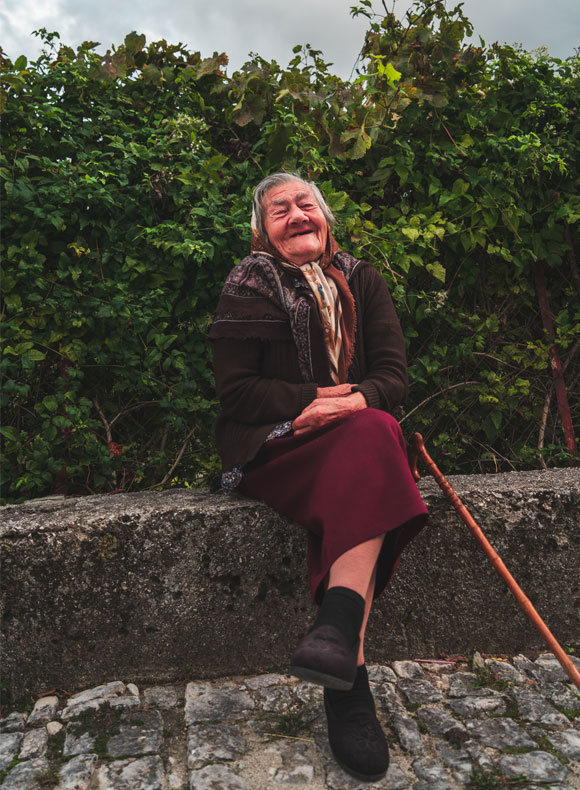 “In Roccamandolfi we receive a crazy welcome from the guys from Rocka in musica: we drink and sing until late at night” 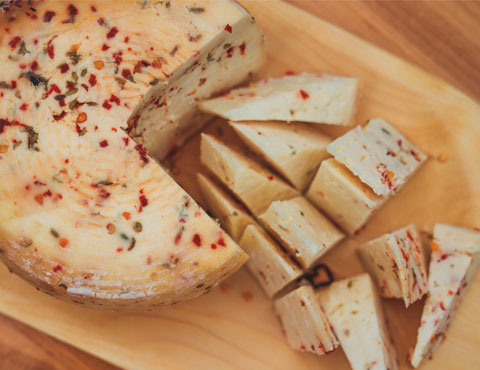