A stage of medium length and little difference in altitude, all on a good route that offers breathtaking views of the green Peloritani mountains.

The possibility of climbing the picturesque Monte Scuderi (1,253 m) makes the stage a real pleasure.

The only watering hole is at Fonte Lima, a few kilometres from arrival: replenish your supplies well (there are no springs at Piano Margi; there is one on the route of the next stage, but it is often dry).

As there are no places to stay overnight, you will have to bring your tent.

We leave the sanctuary by taking the path near the car park overlooking the Tyrrhenian Sea. After a short flat section, we descend (about 150 m) along the steep path (steep in places, over rocks) to the wide gravel road below. We are on the old military road, the so-called “dorsale dei Peloritani” (Peloritani ridge), which we will follow throughout the stage. The route winds through the shade of generous trees and sometimes gives a view of the Strait of Messina. We come across some abandoned but still intact barracks, useful in bad weather.

After a few kilometres we reach Puntale Bandiera (1,065 m); then we descend (about 100 m) to the saddle north of Monte Craparo; we return to a gentle up and downhill course, bypassing Pizzo Bottino, Pizzo Sambuco and then Pizzo della Moda on the eastern slope. We lose height and reach a wide fork, then climb steadily to the notch on the north-western shoulder of Pizzo Cavallo. Once up there, we continue on a slight-slope; after a few hundred metres we come to a fork where a metal gate is open on the left. Those who are more experienced can take the small path to the right of the gate, head towards Pizzo Tre Baroni and from there climb up (about 200 m height difference) a clear path to Monte Scuderi (1,253 m): the fatigue of the steep last section is rewarded by an unforgettable landscape with Mount Etna and the two coasts (you descend the same way you ascended).

Back at the gate, the path descends slightly and shortly afterwards we come across the only water point of the day (Fonte Lima), which is drinkable. Finally, we arrive at Piano Margi, where the old Casa Alpina stands, a former refuge unfortunately set on fire.

The surrounding area is dominated by the mighty karst rock of Monte Scuderi.

It is one of the highest peaks in the Peloritani range, at a height of 1,253 metres. It is characterised by its broad, flat summit and is rich in caves and tunnels. Over the centuries, this place has aroused the interest of many, as it was believed that precious treasures were hidden in the caves, in particular a huge treasure called “la trovatura di Monte Scuderi” (“Find of Monte Scuderi”), hidden under the peak behind an underground lake: the exact location would only come to light after a very complex ritual. Even the Ottoman Sultan Ahmed I sent a group of soldiers to search for the treasure, but most did not return from the exploration - so much so that the place is believed to be haunted by a curse that protects the treasure.

Besides myths and legends, the majestic rock of Monte Scuderi has been visited since prehistoric times. From its summit you can enjoy views stretching from Mount Etna to Cape Peloro, and numerous archaeological finds have been made, including a large rectangular vessel known as the “casa del Re” (“King’s House”). No treasure has ever been found in the famous caves, but it is certain that they were used to extract valuable minerals (gold, silver, copper, iron and lead) and to produce and store ice - was it thanks to this ice that the famous granita of Messina was born?

In the municipality of Gesso is the Museo Cultura e Musica Peloritani, where you can discover the traditional instruments of these mountains, a crossroads between East and West, a synthesis of culture and knowledge.

Since 1996, thanks to the Kiklos Cultural Association, over 350 musical instruments and other artefacts from the peasant world have been collected, including carnival masks.

A typical Sicilian dish is pasta 'ncasciata (which Commissioner Montalbano loves so much).

It is a timbale of macaroni topped with meat sauce, meatballs, boiled eggs, salami, caciocavallo cheese, fried aubergines and peas. Traditionally it is cooked over hot embers, covering the casserole dish with the embers themselves (in Messina, “u ncaçiu” refers precisely to the act of covering the casserole dish with embers), but today it is usually baked in the oven.

There are no overnight accommodations: the only solution is to pitch your tent at Piano Margi, in the shelter of the old Casa Alpina (there is a large space for it).

The nearest location that can be reached by bus is Giostra Villa Lina, starting from the city of Messina. 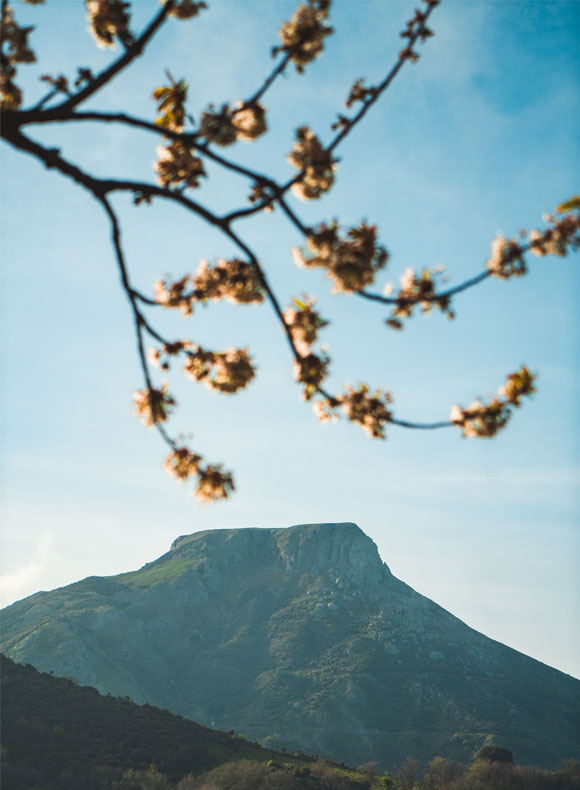 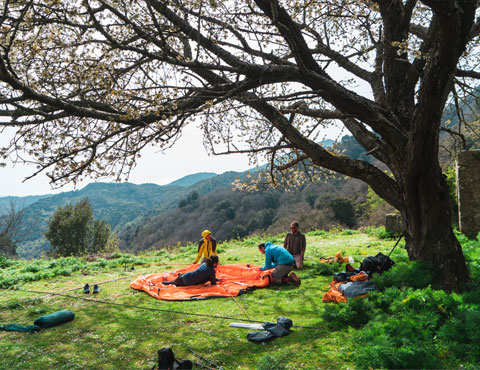