The stage is of medium length and good height differences, almost entirely on a good track, with beautiful landscapes of the Peloritani Mountains, the Ionian Sea and the Tyrrhenian Sea.

The Santuario di Dinnammare offers us an incomparable balcony over the Aeolian Islands.

There are no water points except Don Minicu’s sandwich shop (there are no fountains or facilities at the finish either): take good supplies.

There is no signage for the first kilometre, from Fort San Jachiddu.

We leave Fort San Jachiddu and slowly climb up the small path that we took downhill in the previous stage until we meet the road again, which leads up the slope on the right. Shortly afterwards, we start climbing again (250 m height difference) to Monte Tidora, always on comfortable terrain, amidst beautiful eucalyptus and cork oak woods, which eventually offer a wide view of the Tyrrhenian Sea and the islands. From the saddle below Monte Ciccia, we lose height (100 m drop) until we reach the provincial road, which we cross in a right-hand bend.

After 1 km, turn left onto the road and ride gently uphill and downhill; then return to asphalt and reach Portella San Rizzo (Quattro Strade locality), where there is the excellent Paninoteca Don Minicu (Don Minicu sandwich shop), the only water point of the stage so we make the most of it.

We return to the forest road that circumnavigates Puntale Ferraro from the northwest with its usual ups and downs. A steep climb (100 m height difference) brings us back to the provincial road, which we cross, continuing on a flat road; after a few hundred metres we take a path to the right, near a picnic area. We climb for a short but intense stretch. Then, near Monte Ranchiglia, we begin to follow the ridge on a gentle, steady climb (450 m height difference) that runs parallel to the provincial road, which we cross occasionally.

After passing the beautiful Peloritani Adventure Park, we tackle the final climb to the Dinnammare Sanctuary (1,127 m), which is unfortunately overlooked by antennas. The view is breathtaking and we enjoy a great sunset.

Directly above the city of Messina rises Monte Dinnammare with an altitude of 1,128 metres: it marks the beginning of the Peloritani mountain range.

The mountain range, which together with the Nebrodi and the Madonie form the Sicilian Apennines, stretches 65 km from Capo Peloro to the Argimusco plateau, in a narrow ridge line from which one can enjoy the panorama of the two seas - it is precisely from this feature that the place takes its name Dinnammare, from the Latin word bismaris.

The highest peak of the Peloritani is Montagna Grande (1,374 m).

The first known inhabitants of eastern Sicily were the Siculi: Greek records attest to their presence in 756 BC.

The name comes from the Sicilian king Sikelòs, but the origins of this population remain uncertain. Some believe that it was a tribe of Italic people who inhabited the peninsula under Opic pressure. This theory, however, assumes the previous presence of another people, the Sicans, who, according to some, were driven westwards by the new population and, according to others, left this area after the eruption of Etna.

According to some hypotheses, the Siculians were among the five maritime peoples who supported Pharaoh Merenptah in the war against the Nine Arks: the Siculians, also called Šekeleš, were a nation of skilful seafarers who raided the Mediterranean.

According to Virgil, the capital of the Siculi was Paliké, located on the Palici Lakes, the place of worship of the Palici twins - sons of the god Adrano and the nymph Etna.

Despite the uncertainty about their origins, numerous finds have been made that prove the presence of the Sicilian people from the Copper Age to the Iron Age. From the Bronze Age onwards, the Sicilians were confronted with the arrival of Greek colonists, by whom the Sicilian population was gradually absorbed.

On the heights of Mount Dinnammare stands Dinnammare Fort, a military structure that was once part of the Forti Umbertini (Umbertine Forts) defence system.

They were built in the 19th century and served to control the passage through the Strait of Messina. The forts were underground so that artillery could fire without being seen by the enemy. They became obsolete and lost their importance when the development of aviation made them easy to detect.

Despite the passage of time, they have remained intact and are an excellent example of military architecture: they are surrounded by large trenches and consist of many large underground spaces.

The Madonna of Dinnammare is celebrated from 3 to 5 August. On these days, the icon is brought from the village of Larderia to the sanctuary.

An important product of the city is Birra dello Stretto, the result of a history of resilience that refreshes the soul.

After the purchase of the well-known Birra Messina by a large multinational, production was moved to another region. The local brewers, forced to move far from home, decided to give up their jobs. With the money from the liquidation, they bought the site of the old brewery and continued doing what they were good at: brewing beer.

Birra dello Stretto bears the number 15 on the bottle to commemorate the fifteen workers who continued to believe in their city and their work. Today, the company offers three different types of beer, including an unpasteurised beer that comes from the brewing tradition of Messina.

At Dinnammare there is a guesthouse where you can sleep, asking permission from the sanctuary priest (Father Nino). Tel. +39090 730247

The nearest location that can be reached by bus is Giostra Villa Lina, starting from the city of Messina.

The starting point is NOT reachable by train 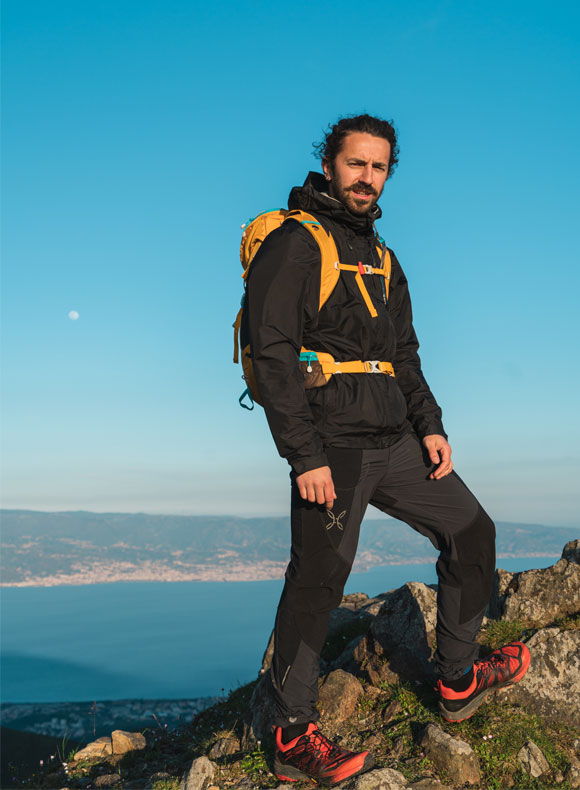 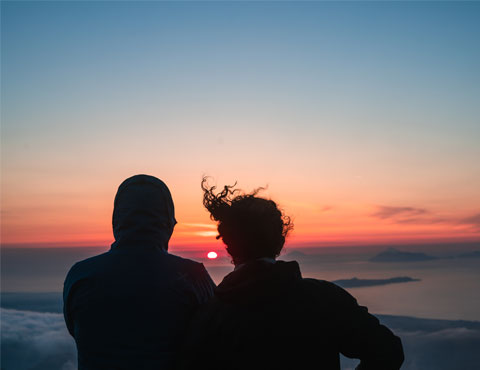