A stage of good length, with predominantly negative altitude metres, on terrain that is easy throughout.

The day offers varied and breathtaking landscapes, at times reminiscent of the Cammino di Santiago and the Val d'Orcia. We arrive at the foot of Gangi, one of the most beautiful villages in Italy.

There are some barbed wire gates that you have to open (and close again, always!).

Only water point in the Campanito-Sambughetti reserve, at the start of the stage: take a good supply.

From Sella Contrasto, after a very short stretch of road, we take the driveway to the right and climb gently (about 100 m height difference) through the forest, with some ascents and descents, crossing the beautiful Campanito-Sambughetti Reserve. After a few kilometres we start to descend gently, still on excellent ground, towards Monte Saraceno: the landscape changes radically, the trees disappear and in their place are the wind turbines arranged on the rolling hills, reminiscent of Tuscany.

We continue west along the ridge, then turn southwest, and switch to an asphalt road, beginning the slow descent (about 500 m drop) towards the Rainò stream. After passing Contrada Marrocco, we take  the carriage road (not obvious, watch out for the GPS track) to the right, keep to the slope for a bit and then continue our descent to rejoin the asphalt road. On the last part of the descent, we leave the asphalt road and return to a paved mule track that takes us first over the Nocito ditch and then over the Rainò stream.

With a final effort, we climb steeply (about 150 m height difference) until we reach a wide road, turn left and nimbly descend to the beautiful Villa Rainò.

It was a Masonic circle in which Jansenist ideals circulated and free thought was propagated. The academicians who attended the meetings discussed the noblest subjects, from politics to moral theology, and met in Palazzo Bongiorno, a building erected by the Academy’s founder, Francesco Benedetto Bongiorno. The result of the Academy’s work was the printing of no fewer than seven works, including poems, essays and other writings.

It is a religious festival rooted in the worship of the earth, a thanksgiving to the Creator for the harvests. Six giant loaves of bread, symbolising the link between the products of the earth and the labour of man, are carried in procession by the traditionally dressed boys of Gangi.

The term Burgisi stands for “middle-class”, because probably the first people who started this tradition were wealthy peasants, although the myth has been lost in the mists of time and pagan rites.

In 1926, Mussolini sent the prefect Cesare Mori here with the mission of bringing the mafia, then centred in Gangi, to its knees.

After an improvised raid, which was fruitless (the carabinieri only found women and children in the town), the prefect had Gnagi surrounded so that no one could escape. He then cut off the water and electricity supply to bring the local population (where mafia bosses were hiding) to their knees and thus drive the gangsters out of their hideouts.

The episode, controversial for its use of bloody methods that weakened the local population, marked only a small victory in the fight against the mafia, culminating in the arrest (and subsequent suicide) of Don Calogero Albanese.

In the square of Gangi stands the Church of San Nicolò di Bari, built in the 15th century.

In the church is the Giudizio Universale (Last Judgement) by Giuseppe Salerno, known as “lo Zoppo di Gangi” (the lame man from Gangi), and several wooden statues by sculptor Filippo Quattrocchi. The tower bell tower was once the town's civic tower, known as the “Ventimiglia tower”, built in 1337 by the Ventimiglia family at the behest of Francesco I.

The church is enriched by the Parrini pit. The Museo della morte (Museum of Death), also known as “the crypt of mummies”, is located in the basement of the church and contains hundreds of mummified bodies of clergymen who worked in Gangi. The crypt still contains the table where the natural drying of corpses took place.

For more information and opening hours, see the following LINK.

Another infrastructure built by the Ventimiglia family is the Gangi Castle. Built between the 13th and 14th centuries, it is very similar to the castle of Castelbuono, where the family resided.

In the 17th century, the castle passed first to the Graffeo family and then to the Valguarnera. In this century, the castle was transformed into the palace that housed the princes of Gangi. Situated 1,000 metres above sea level on the crest of Mount Marone, above the town, it dominates the valley of the Rainò stream.

The Palazzo Bongiorno, seat of the Accademia degli industriosi, was built by Baron Francesco Benedetto Bongiorno in the 13th century. It was the Roman painter Gaspare Fumagalli who created the frescoes in the palace that followed the moral-religious concepts pursued by the academy.

The palace, which passed into the hands of the municipality in 1967, is the seat of the municipal administration. It is certainly among the most remarkable 18th-century structures in all of the Madonie.

On a rocky spur stands the masseria fortificata di Bordonaro (fortified masseria of Bordonaro), an architectural complex of medieval origin that was part of the system of feudal possessions that controlled the surrounding countryside.

Another example of a fortified masseria near Gangi is Regiovanni Castle, which stands on a pinnacle of reddish-brown rock.

Fabrizio has learnt the traditional techniques with which he makes tammorre, frame drums, medieval and imperial drums. These are true works of art that continue to resonate the music of popular tradition in the village. Gangitan drummers were in fact already famous in ancient times - some even trace the tradition back to the Siculo-Greek period. Fabrizio Fazio has officially entered the Sicily Region's Register of Intangible Heritage (REIS) as the sole heir to ancient knowledge.

One tradition of Easter is 'u fasciddatu, a kind of round bread made with various decorations.

It is the star of the historical Sagra del Grano (Wheat Festival).

There are several accommodation facilities in Gangi.

The nearest location that can be reached by bus is Capizzi, starting from the city of Catania and changing in Troina. 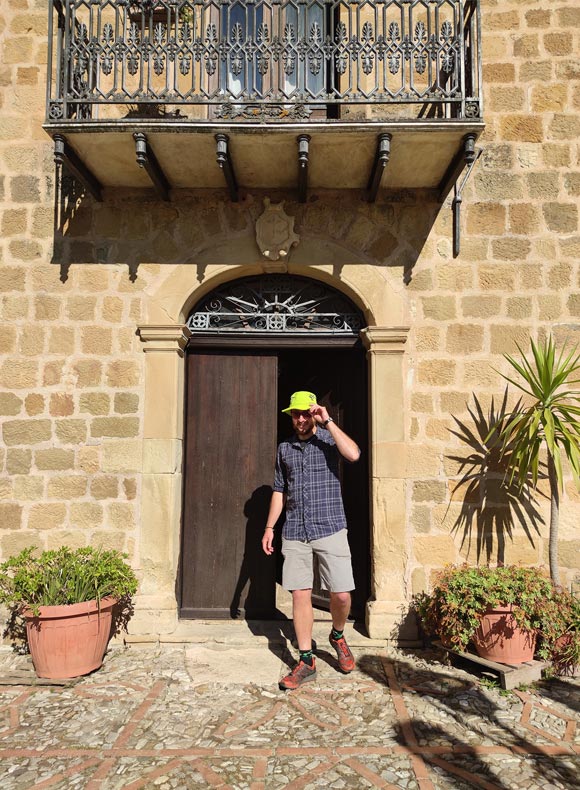 “In Villa Rainò we enjoy the best Sicilian hospitality” 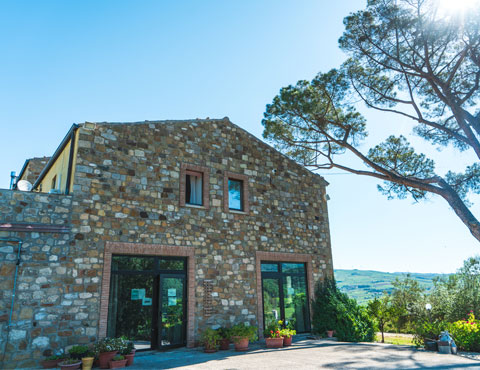