A quite long stage but without difficulties and very pleasant: we enter the Murge by walking close to the Apulian Aqueduct, between ancient pagliari (the shepherds' bivouacs) and seas of vineyards.

The gem of the day, however, is the arrival at the wonderful Castel del Monte.

No signage: better to monitor the GPS track.

Along the way, you can meet stray dogs, generally tame: better be careful.

The final part of the stage develops on the private property of the aqueduct; in some sections, there are open or easily bypassed gates.

We leave Spinazzola with a light descent (approximately 100 m drop), on a dirt road in the fields, until we enter an asphalted road to the left; at the next intersection, we turn left and immediately after we take a cart road again, on the right. First along the railway, slowly regaining altitude, we reach the edge of the Bosco di Acquatetta; we cross it uphill (about 150 m height difference), passing among the maritime pines.

At the exit of the woods, we walk for several kilometers in a straight line, in very gentle ups and downs, along the route of the Apulian Aqueduct and crossing a couple of asphalted roads crosswise. We reach Bosco Finizio, cross it and at the exit we find ourselves surrounded by a sea of low vines: the scenery is beautiful.

At the next crossroads, we keep to the right; shortly after, at the new crossroads,we turn left, shortly reaching Masseria Sei Carri, right at the foot of the marvelous Castel del Monte.

Bosco di Acquatetta, with its 1083 hectares, is one of the largest Apulian woods.

In 2012, a terrible fire destroyed the dense bush made up of pines and cypresses: a real environmental disaster which, however, allowed elms and oaks to regain possession of their territory (they had been planted in the 1930s). This episode showed the excellent resilience of a complex and precious environment, in which diversity is an element of strength (there are numerous fruit trees such as figs, walnuts, and cherry trees).

Castel del Monte is a perfect synthesis of complexity and simplicity. The symbol of the Norman history of Italy (represented on the one euro cent coins), with extraordinary architectural beauty and complexity, it has been recognized by UNESCO as a World Heritage Site.

It was built in the 13th century by Frederick II (who probably never saw it completed) on top of a hill, in the western Murge plateau, and even today the purpose of its construction is not well known: some claim that the structure is a synthesis of mathematical, geometric and astronomical knowledge and that its function was to be a sort of temple, where to welcome men dedicated to knowledge and sciences; recent studies, however, see in the ingenious hydraulics works, the project of a sort of hammam (thermal complex) in Arab style.

The ultimate truth is yet to be found and perhaps never will be. After a few centuries, the castle was abandoned to its fate and stripped of all its artifacts (which would have given us precise indications of its use), with the exception of the keystones of the cross vault decorated with anthropomorphic, zoomorphic and phytomorphic elements. In modern times, it was a shelter for the shepherds and brigands of the area, and only from 1879, the Italian state began a work of restoration and conservation of the property.

The octagonal shapes are repeated (the towers, the perimeter and the courtyard) in a geometric game of rare beauty and it seems to represent the octagonal crown that Frederick II placed on his head in Jerusalem in 1129, as if he wanted to put an indelible mark on the land where he died.

In the Alta Murgia countryside, there are numerous jazzi (or iazzi): stone enclosures for livestock born during the time when millions of sheep migrated from Abruzzi to Apulia.

The etymology of the name should derive from the Latin iceo, meaning to lie:  the jazzi were in fact the shelters where shepherds could stop to rest with their flocks. Generally, the jazzo was built on a slope (favoring the water flow) and facing south, sheltered from the cold winds coming from the north. Inside the structure, there could be different buildings called casoni or lamioni, that served as stables for the rest of the flock or the manufacturing of milk. The enclosure, consisting of a dry stone wall, could be up to 2 m high; sometimes, to complete the wall, stones were placed horizontally stuck like shelves, protruding outwards, which prevented wolves or other predators from jumping inside the enclosure.

Not far from the Castle there is the necropolis of San Magno, an archaeological area characterized by as many as 80 tumulus tombs, composed of huge limestone boulders, with a circular plan, dating back to the Bronze Age. It was probably the burial place of the Dauni between the 7th and 6th centuries BC: the funeral objects found in the excavations (iron objects and pottery) are kept in the Museo della Città e del Territorio di Corato.

In the area of San Magno, it is also possible to see the small church of San Magno which, in addition to the liturgical function, carried out that of neviera - a place where snow was crammed in winter, in order to later use it in the summer.

The red wines (grapes of Troia, aglianico and bombino nero) are particularly prized and have received the Controlled and Protected Designation of Origin, however, the production of white and rosé wines is becoming increasingly popular.

Starting point reachable by train from the city of Barletta. 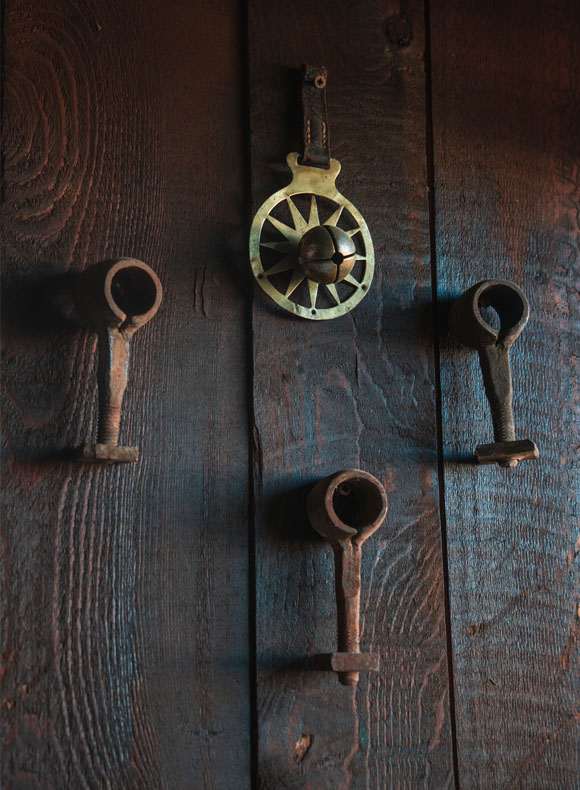 “Castel del Monte has a magical, almost transcendent, irresistible force. Impossible not to be enchanted” 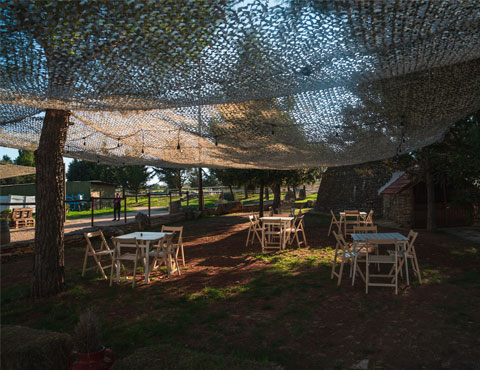