A stage of good length but with practically no difference in height, leads us through the Parco delle Murge, along the route of the Apulian Aqueduct.

The highlight of the day is the beautiful Ponte Canale.

The stretch between Castel del Monte and the Apulian Aqueduct path takes place on a track that is often barely visible; however, it is worth taking this stretch to visit the wonderful Castel del Monte.

Several sections of the stage are on the private property of the aqueduct; in some sections, there are open or easily bypassed gates.

The water points are absent: bring a good supply.

We leave the Agriturismo Sei Porte and take the road to the right; immediately, we take the cart track on the left and we go to the slopes of the cliff on which Castel del Monte stands. With a slight climb, we reach the castle, we circumvent it from the east and descend on a wide path until we cross the state road and proceed north-east between dry stone walls and uncultivated fields; the track is not very visible and it is necessary to use the GPS track, but the passage is very suggestive.

Back on the path of the Apulian Aqueduct, we proceed flat on a dirt track, until we cross a road again. We move quickly towards the east, skirting some groves and crossing a couple of roads again. Finally, we go into the Bosco di Ruvo, where we slightly gain altitude; we cross the beautiful Ponte Canale (under which the Pugliese Aqueduct passes) and, shortly after, we turn left to arrive in Scoparella.

That of Ruvo di Puglia is an ancient story that, as for the other Apulian municipalities, originates from the populations that came from the eastern shore of the Adriatic. In the case of Ruvo, it was the Peucezi who joined the populations already present in the territory (the presence of man is attested since the 6th millennium).

Ruvo was an important polis of Magna Graecia: protected by Athens, it minted coins and traded with all the Italic populations (even with the distant Etruscans). The Greek colony was famous above all for the oil and pottery trade - the amphora is still the symbol of the city.

From the 16th century, the city life was marked by the dominion of the Carafa family, which distinguished itself for the oppression and abuse of the local population (Fabrizio Carafa, who was part of it, was killed by the Prince of Venosa Carlo Gesualdo for having seduced his wife). In the early 19th century, the magistrate Giovanni Jatta was appointed lawyer of the city and managed, after ten years, to win the case against the feudal system imposed by the Carafa; from that moment, Jatta became one of the most illustrious people in Ruvo di Puglia.

The magistrate carried out a long work of research and political struggle with the aim of putting an end to the system of usurpation of the lands, carried out by the Carafa, to restore dignity to the peasant population. His political action was continued by his nephew Antonio Jatta, a politician of the Kingdom of Italy and esteemed agronomist, who encouraged the independence of small almond, olive and vineyard producers, starting initiatives to fight usury. A politician sensitive to agrarian causes and a scientist specialized in the study of lichens, he is still remembered today as one of the proponents of the birth of the Apulian Aqueduct.

The 19th century was marked by the discovery of numerous finds from the city's Peucetian, Hellenic and Roman past. There was a sort of gold rush in the search for artifacts that were sold to the highest bidders, including the beautiful fresco of the Dancers of Ruvo (inspired by the myth of Theseus), that was removed from the walls and sold to the Reale Museo Borbonico di Napoli; once again, it was thanks to Giovanni Jatta and his son Giovannino that many objects of the excavations are still in Ruvo di Puglia.

Giovanni, in particular, initiated several excavation campaigns in which numerous coins were found.

In the hamlet of Celentano there is the sanctuary of Santa Maria di Calentano, built in 1174. As evidence of the date, the deed of sale was found (which also reveals how, even then, the area had a strong vocation for olive growing).

For a long time, it was thought that the sanctuary was a domus of the Crusaders, a thesis that has recently been discredited; another legend has it that St. Francis passed through here during his journey to the east.

The Museo Archeologico Nazionale Jatta, established in Palazzo Jatta in the first half of the 19th century, was strongly desired by the homonymous magistrate.

In that period, there was in fact a vivid fervor for archaeological research (due to the discovery of Herculaneum and Pompeii) and in Ruvo di Puglia more and more necropolis and ceramic artifacts emerged. Thus, it was Giovanni Jatta, in 1809, who began to collect artifacts from his territory, buying also the pieces that had reached the Neapolitan antique dealers.

One of the uniqueness of this museum is that the 19th-century museum structure has been preserved, both in conception and style: in fact, in addition to the archaeological finds it is possible to admire the neoclassical style of the rooms of the building. Among the thousands of exhibits, the most significant is probably the Talos vase.

The village of Ruvo di Puglia is full of churches, the flagship of which is certainly the co-cathedral, a wonderful example of Apulian Romanesque architecture built between the 12th and 13th centuries.

The co-cathedral is characterized by the gabled facade, where the large rose window with twelve columns and the three entrance naves stand out. The three internal naves are divided by two colonnades formed by columns ... all different! With a Latin cross shape, today inside you can see the cross vaults, rediscovered after the restoration (in the mid-20th century) which eliminated the overlapping of the Baroque style, bringing the church back to its ancient appearance.

Next to the co-cathedral, there is the bell tower (formerly a defensive tower) and the bishop's palace. Below the church, in 1974/75  were discovered the tombs of the Peucezi, mosaics of the Roman domus and two medieval tombs, full of jewels.

The Grotta di San Cleto is an old Roman cistern located in the hypogeum of the church of Purgatorio. This cistern, probably built for the collection of thermal waters, was used for a long time by the first Christians as a meeting and worship place.

Legend has it that San Cleto, the third pope of the Church, founded here a Christian community and was its first bishop. The statue of pope San Cleto is carved on the stone of one of the pillars in the last room of the cistern and the following inscription stands out on a wall: "Do not fear citizens of Ruvo / I am Cleto first bishop / and third after St. Peter / who prays for you".

At the Mezza Pagnotta restaurant, whose premises are located in the Aragonese walls, it is possible to taste an ethnobotanical cuisine. In the dishes, the spontaneous herbs of Alta Murgia are the main ingredient: in Ruvo, there is also the Museo Erbario, which tells about the numerous plant species present in the territory.

Typical of Alta Murgia is the cardoncello mushroom that commonly grows under the ferules; it is usually fried in olive oil, intact. 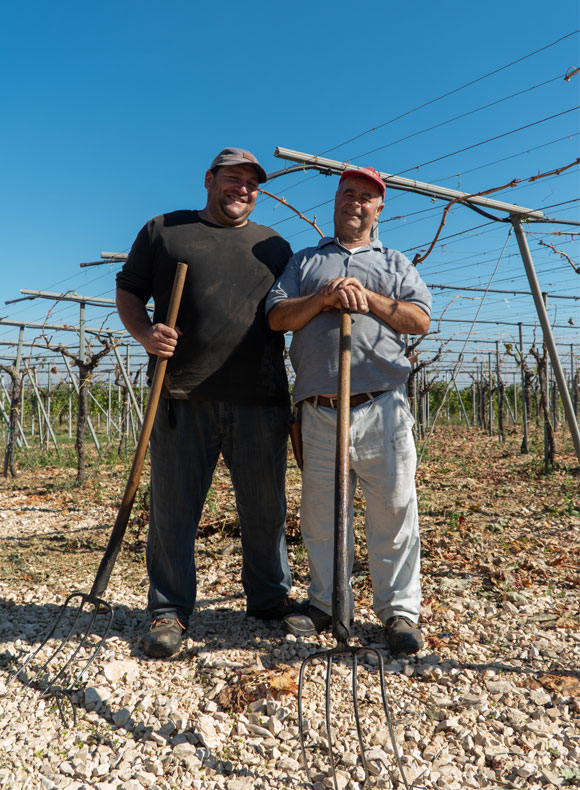 “The landscape is increasingly agricultural, tamed by the centuries-old care of the peasants” 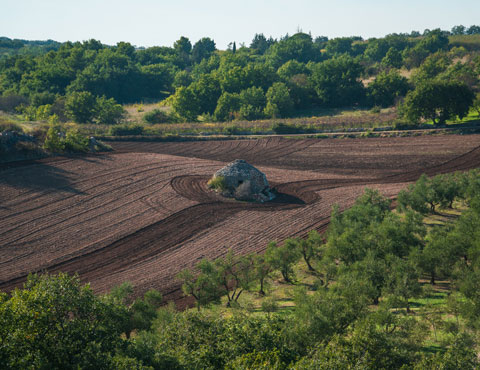