A long stage along the Via Francigena del Sud.

After a first part among the olive trees, embellished by the visit to the abbey of Santa Maria diCerrate, the stage develops on busy and ugly roads. We finish, however, in the magnificent center of Lecce, "the Florence of the South".

The second part is on a fairly busy road: pay attention.

We leave Torchiarolo and, following the signs for the Via Francigena, we take the carriage road among the olive trees; after 4 km, we turn left on the asphalted road, then right again on a carriage road and we arrive on the provincial road, where we visit the beautiful abbey of Santa Maria di Cerrate.

We return to the road for a couple of km; afterward, we turn right onto an asphalted road, which we follow until, several km later, it joins the provincial road that leads to Surbo. Crossed the town, we advance on a fairly busy road until we reach the gates of Lecce; skirting the walls, we enter the magnificent historic center.

Today Lecce is the main city of Salento.

During the Messapian period it was called Lupiae; it started to have a certain relevance only with the arrival of the Romans but, until the Byzantine domination, the main city was Otranto. Only with the Norman domination, Lecce started to become the center of the territory; in 1069, Goffredo of Hauteville established the court there.

The city reached its maximum splendor with the Aragonese (who followed the Swabians and the Angevins). Thanks to the will of Charles V, king of Naples, the city experienced a real renaissance and became one of the most important centers in Southern Italy, both from a commercial and cultural point of view.

Lecce represents a unicum in the Italian architectural panorama: its artistic and architectural shape is defined with a specific name - the Lecce Baroque.

This style is characterized by the bright decorations that cover the buildings, inspired by the Spanish Plateresque style ( from plata, silver) which imitated the decorations of silverware. With the Spanish domination, a new artistic language had begun to impose itself which aimed to stimulate creativity and imagination; after the battle of Lepanto (that finally removed the danger of the Turks), Baroque art flourished in Lecce and throughout the surrounding area, reaching its maximum splendor in the second half of the 17th century and for a good part of the 18th century.

The architectural style is characterized by the use of Lecce stone: a soft limestone that allows a fine processing (therefore suitable for baroque decorations), whose warm colors give a unique atmosphere to the whole city.

In Lecce, the meeting point par excellence is of course Piazza Sant'Oronzo, on whose pavement stands the city coat of arms (the she-wolf at the foot of the holm oak tree).

The square is dedicated to the patron saint who saved the city from the plague in 1656: his statue is located on a votive column, in the act of blessing the city. Oronzo was nominated the first bishop of Lecce by Saint Paul himself (apostle of Jesus); the victim of the persecutions against Christians, he was beheaded on 26 August 68 d. C.

The most famous example of Lecce baroque is certainly the Basilica of Santa Croce which, together with the adjacent Convent of the Celestini (the current prefecture), constitutes the largest architectural complex in the city.

The construction of the basilica took a century and a half of work, from 1549 to 1699. The facade is a synthesis of the architectural styles that overlap throughout the complex. The interior of the church, with a Latin cross shape, is made up of three naves and seven chapels on each side, each of which is enriched with numerous decorations; the altar dedicated to San Francesco da Paola is considered one of the greatest expressions of the Lecce Baroque. Above, you can admire the wonderful wooden coffered ceiling.

The cathedral was elected a basilica only in 1906, by Pope Pius X.

Between the old and the modern city stands the imposing Castle of Lecce, probably built by the Normans, which owes its current appearance to the changes done by Charles V in 1539 to better counter the Saracen invasions.

Over the centuries, the structure was modernized, while maintaining the current trapezoidal shape, distinguished by the four enormous bastions. Already in the 19th century a theater was installed inside the fort which today, managed by the Municipality, is the location of numerous initiatives and home to the Museo della Cartapesta (Museum of the papier-mâché, typical Lecce crafts).

The Roman period of the city can be admired in two important works: the amphitheater and the theater.

The amphitheater is one of the postcards of Lecce: located below street level, in the central square of Sant'Oronzo, it could hold up to 25,000 people; it is believed that a large part of the amphitheater is today right under the square, covered by the action of earthquakes and devastation. Probably from the Augustan period, it was discovered by chance in the early 20th century, during the excavations for the construction of a building of the Bank of Italy.

The theater dates back to the same period, also discovered in the first half of the 20th century.

Among the most representative scenarios of Lecce is the Piazza del Duomo, a large courtyard dominated by Baroque architecture, with a unique charm - especially at night!

Towering the square is the enormous bell tower with an octagonal dome, above which is placed the statue of Sant'Oronzo. The square is surrounded by numerous Baroque palaces, including the former seminary and the provincial museum.

In the Lecce province there is the abbey of Santa Maria di Cerrate, a wonderful example of Apulian Romanesque, built around the 12th century.

Legend has it that Tancredi of Hauteville had a vision of the Madonna between the antlers of a deer (hence the name Cerrate) and, following this event, the abbey was built. Surrounded by olive groves and fruit trees, the monastery prospered until the 16th century before being abandoned and sacked by the Saracens. The abbey represented a magnificent example of a monastery-masseria: within the complex, there are two underground oil mills, a mill and stables.

Despite the neglect of time, the church retains its splendid beauty.

Once you arrive in Lecce, you cannot miss a real delicacy: the pasticciotto leccese, an oval-shaped shortcrust pastry filled with custard, typically with sour cherry.

There are numerous legends related to its creation (it even seems to date back to 1538); one wants the cake to have been inspired by the decorations of the Lecce church of Santa Croce.

It is ideal to accompany the pasticciotto with the caffè alla salentina, particularly suitable during the hot summers thanks to the addition of ice and almond milk.

In Lecce there are numerous accommodation facilities. 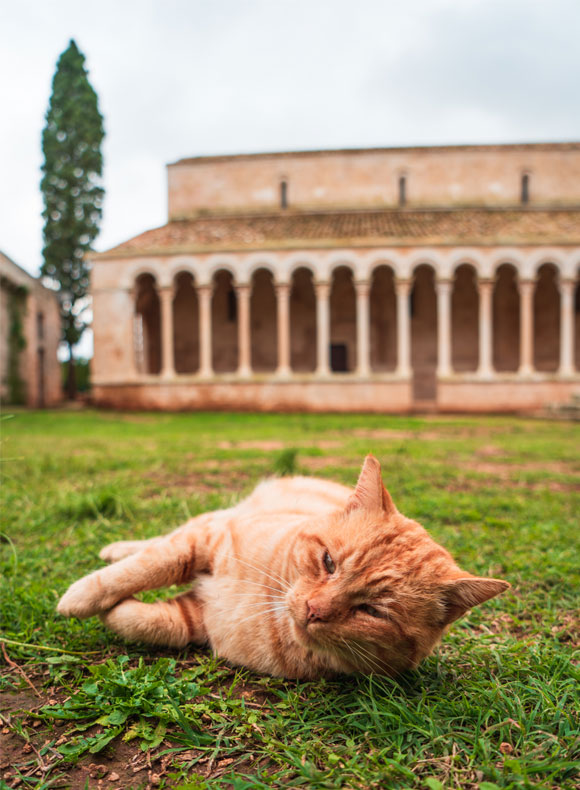 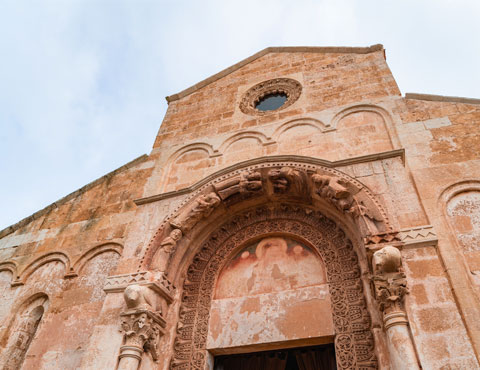