A very long but smooth stage along the Via Francigena del Sud.

We leave the city of Lecce to walk among the olive trees, passing through the beautiful fortified villages of Acaya and Vernole.

We leave the center of Lecce along a busy road heading east, then keeping to the right we take a minor road and pass the Tangenziale Est. We continue for several km, until we get circumvent the center of Merine; shortly after, by a fairly busy roundabout (be careful), we pass the provincial road and, proceeding in the same direction, we arrive at the beautiful fortified village of Acaya.

We turn south; alternating asphalt and dirt road, after several km we enter the center of Vernole, which is also worth a visit. Then, alternating stretches on a minor road and dirt road between the olive groves and the pagliari (the ancient stone buildings used for the conservation of straw), we approach the Parco Naturale LaMandra to finally head towards the center of Martano.

Martano is part of the Grecìa Salentina, a set of municipalities located in the center of Salento where griko, a dialect similar to the new Greek, is still spoken today.

The Greek-Byzantine culture has been passed on since the 8th century AD, a legacy of the populations who settled here following the migrations caused by the iconoclastic battle of Leo III the Isaurian and the military campaigns conducted by the Byzantine emperor Basil I.

The Hellenic culture is gradually fading away and only griko continues to survive in a few settlements: even if many citizens continue to understand this ancient language, fewer and fewer speak it.

In the territory of Grecìa Salentina, since 1998, a popular music festival has been taking place, one of the most famous events in Italy: the Notte della Taranta.

In August, traveling concerts are held in all the municipalities of the area. The festival was established to preserve and enhance traditional music, in particular the pizzica, and has become a real pool of research and experimentation, in which the different musical languages have been able to meet and create a unique atmosphere, combining popular culture and entertainment.

The Salento countryside is the subject of one of the greatest phytosanitary disasters in history: the countryside rich in olive trees has been devastated by Xylella.

It is a bacterium that attacks different types of plants, in particular the olive tree, preventing the circulation of lymph. The first outbreak broke out in 2008 in a Gallipoli nursery. Also known as Xylella fastidiosa, it spreads mainly thanks to vector insects called spittlebugs and it particularly affects older olive trees, while young olive trees seem to resist more.

If in the early years it seemed possible to eradicate the bacterium from Salento, since 2017 it has no longer been possible to contain its advance: the devastation continues to push north (currently the bacterium has arrived in the province of Brindisi). Numerous and controversial are the measures that have been attempted and are still trying to stem the phenomenon - an indelible wound that has devastated the olive groves that have presided over these countryside for centuries.

The symbol of Martano is the Palazzo Baronale, built above the old Aragonese castle of which still remains intact the huge tower.

Rebuilt after the Turkish invasion of Otranto in 1480, it was once surrounded by a moat. In the 17th century it was transformed into a Baronial palace and in the 18th century, thanks to the Gadaleta family, the facade was rebuilt.

In the province of Lecce, there are numerous prehistoric testimonies including menhirs, dolmens and specchie. In the municipality of Martano there are 5 menhirs including the Santu Tòtaru which, with its 4.7 m, is the highest monolith in Puglia; there are numerous megalithic monuments also in the town of Giurdignano.

The specchie are structures composed of overlapping limestone slabs, typical of Salento and Murgia, real hills whose role has not yet been clarified. Some hypothesize that they were constructions for lookouts, others think they were burials and still others believe they were used for collecting water.

The Specchia dei Mori, also in the municipality of Martano, 6 meters high and with a diameter of 15, is the most impressive specchia found in Salento.

In the municipality of Giurdignano, we find the Crypt of San Salvatore, a rock church that dates back to the period of Byzantine domination (VIII-X century).

Consisting of three naves carved into the tuff, it is characterized by circular apses and frescoes on the walls.

There are numerous types of fresh pasta typical of Salento. Three are the most particular: the classic orecchiette, the sagne ncannulate and the maccaruni (or minchiarelli).

The flavor of the pasta is deeply linked to the weather and in particular to the type of wind that blows on the harvest - sirocco or north wind.

It is a festival where you can taste a product of excellence: the municeddha, the land snail. In Cannole there is the cantareus apertus variety, considered the best; it is cooked with cannolese sauce, but also roasted and fried.

Monastero S. Maria della Consolazione PP Cistercensi, in Martano (to be contacted in advance to ask for availability). Tel. +39 0836575214

Starting point reachable by train from the city of Ostuni. 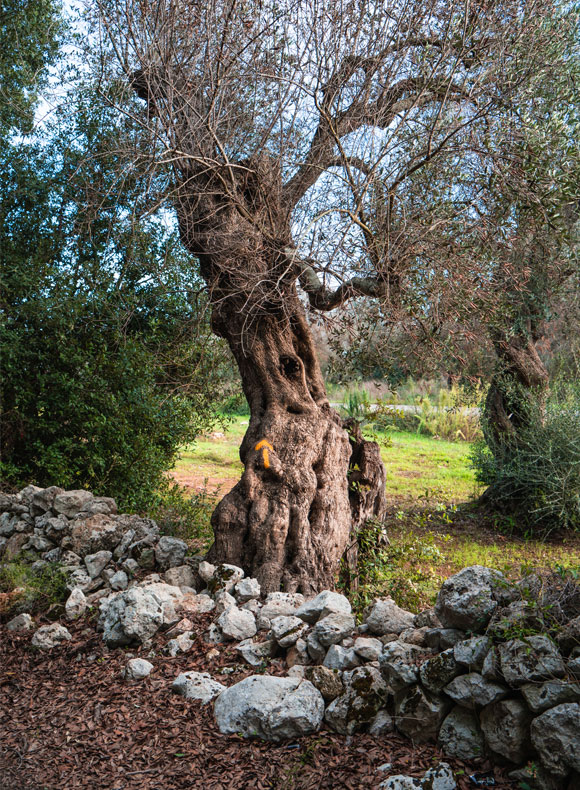 “Like a cloud, each olive tree has on its bark a thousand faces and suggestions” 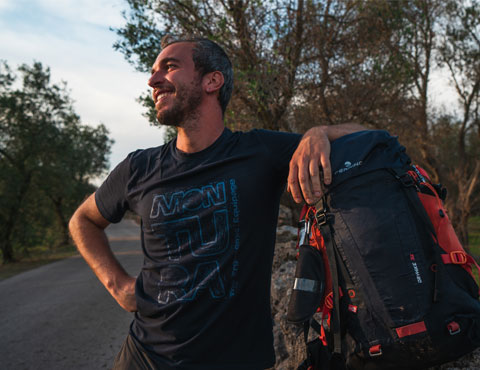