A stage of good length and without difficulties, characterized by the beauty of the rural landscape of Val d'Itria. The highlight of the day is the village of Cisternino.

The final stretch, with the detour to Cisternino, represents a variant of the Sentiero Italia (which turns and ends in Grottaglie), preferred for extending the Apulian path to the beautiful Salento coast.

The first 5 km, up to Correggia, are on an asphalted and somewhat busy road: be careful.

The only water point is to be found where you deviate from the Sentiero Italia towards Cisternino.

We cross the town of Alberobello, after passing the Monumental Cemetery we take the road to Correggia and follow it until we pass the hamlet; we continue on the road for a couple of km, then by a small park with an outdoor gym, we detach ourselves from the asphalt and take the carriage road of the Apulian Aqueduct to the right, through the bush.

We proceed for a long time in gentle ups and downs towards the south-east, along the Bosco Calmerio; on Monte Tondo, we cross a stone bridge, then turn 90 ° left and shortly afterward to the right, continuing towards the south-east. Once on the state road, we turn left, and immediately after, we take the small road on the left that leads to the top of a hill, where there is a second little park; we continue for several km on secondary roads between dry stone walls, trulli and elegant villas.

Once on the provincial road, we pass it and right after, detaching ourselves from the Sentiero Italia, we take the secondary road on the left, that runs parallel to the provincial road. A few km and we are in the center of Cisternino.

The splendid village of Cisternino owes its name to Sturno (Homeric hero, who together with Diomedes participated in the Trojan War), to whom the ancient Japigia city of Saturninum (near Ostuni) was dedicated: Cis-sturnium indicates on this side of Sturnium  (i.e. Saturninum).

After the destruction at the hands of the Goths, the village was rebuilt by the Basilian monks who fled from the iconoclastic fight of the Byzantine emperor, Leo III Isauric. As evidence of the presence of monks was found a small temple, dating back to the year 1000, under the Romanesque church of San Nicola.

Cisternino today is located in the province of Brindisi, however, it is historically linked to Bari for its dialect and culture; in fact, it belonged to the Terra di Bari, an administrative unit that lasted from the Angevin period until the territorial division desired by Giuseppe Bonaparte in 1806.

Cisternino is located in the Itria Valley, one of the most evocative landscapes not only in Puglia, but in all of Italy. Located in the southern part of the Murge, it extends between the municipalities of Alberobello, Ostuni, Cisternino, Martina Franca, Locorotondo and Ceglie Messapica.

The hills, characterized by Mediterranean scrub woods, are interspersed with wide valleys adorned with olive groves and vineyards. Scattered throughout the area are the white trulli, which here and there form conglomerates of rare beauty: it seems to walk in an enchanted, fairytale landscape.

The wonderful village of Cisternino, characterized by its blinding white color, is a maze of alleys, the result of spontaneous architecture. In the town, you can admire the large quadrangular tower dating back to the Norman period, the Chiesa madre di San Nicola, the belvedere located behind the municipal villa.

In the municipality of Cisternino, in the middle of the Itria valley, in a singular syncretism between Hindu architecture and our local trulli, stands the Babaji ashram.

It was founded in 1979 at the behest of Babaji, an Indian yogi who in the ‘60s and ‘70s attracted men and women from all over the world; many were the Italian disciples who went to India to follow his teachings, including the pianist and photographer Lisetta Carmi who, through the Bhola Baba foundation, founded the Cisternino ashram - Babaji's first ashram outside of India.

Over the years the ashram has seen the passage of numerous disciples who have followed the doctrine of the spiritual father (baba means "father"), which consists of three precepts: "Truth, Simplicity, Love". During the year, especially in the spring and summer, there are numerous seminars, activities and meetings with masters of different spiritual traditions.

Along the climb that leads to the village of Cisternino, there is the beautiful church of Santa Maria di Costantinopoli, also known as Sant'Anna.

The church, built in the 17th century, is surrounded by an external wall, probably to delimit the ancient cemetery in the church area.

Just outside the inhabited center is the Santuario della Madonna d'Ibernia, built after the apparition of the Madonna, who indicated the place of construction.

The Madonna d'Ibernia is a symbol of fertility and abundance and for this reason, there are numerous marriages that are celebrated inside; another reason for the celebrations, more worldly, is the fantastic location from where you can enjoy the view over the Val d'Itria.

It is traditional to celebrate Easter Monday near the sanctuary and it is customary to bring u chrruchl, a typical cake that has the shape of a handbag with two hard-boiled eggs for males and the shape of a doll with a boiled egg in the womb for females: the sweet has a propitiatory value linked to the Madonna d'Ibernia, Madonna of the life.

In Cisternino there are many butcher shops that turn into restaurants in the evening.

The main dish of the Itria Valley is certainly the bombette, rolls made with slices of veal and cheese (caciocavallo or canestrato pugliese) which, during cooking on the grill and in the oven, creates that explosion of taste that probably gives the recipe name (bombette, small bombs).

There are many variations: those with minced meat, those wrapped in a slice of bacon or the spicy ones; in the Cisternino area, it is customary to make breaded ones  (with breading of different flavors) and then baked in the oven.

In the Itria Valley, besides the inevitable olive groves, there are many vines. Unlike other areas of Puglia, the white wines are particularly renowned here: verdeca, minutolo ( called Fiano della Valle d'Itria), maresco, bianco d' Alessano and impigno.

The denominations of Locorotondo DOC and Martina Franca DOC have made it possible to enhance the wine culture of this area: in the past, these wines were not valued and they were sold as blended wines.

In Cannobio there are numerous accommodation facilities 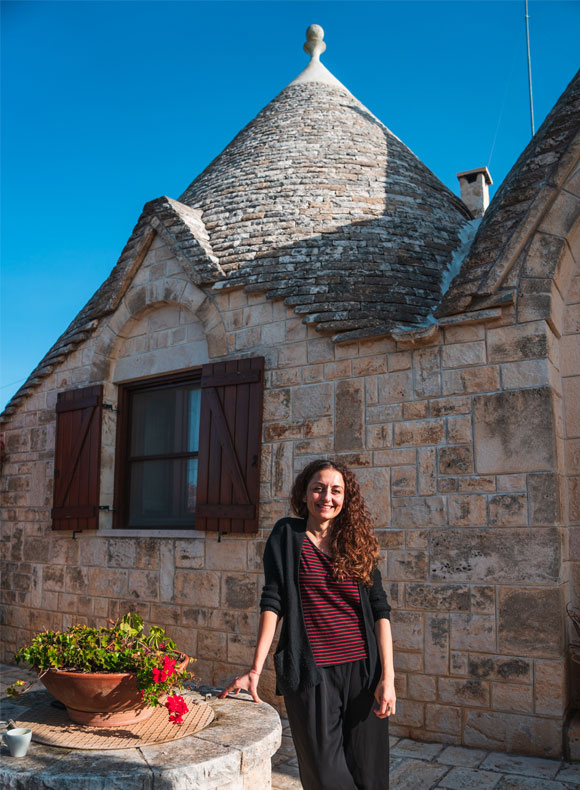 “Cisternino is the knot of many benevolent cosmic waves” 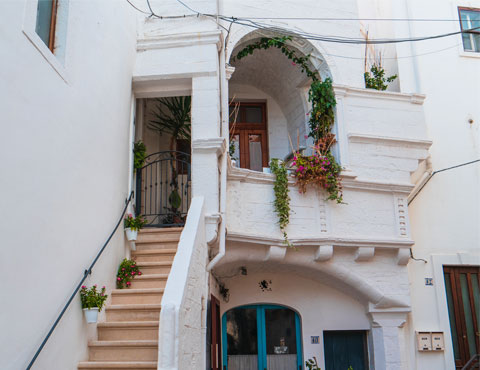