A medium-length stage, very easy and enjoyable. We climb to the top of Monte Cornacchia, that with its 1,151 m represents the highest peak in the whole of Puglia.

The section following Monte Saraceno represents a variant of the Sentiero Italia (which continues towards Faeto), preferred for the landscape interest of Monte Cornacchia, the highest in Puglia.

Although the route is always clear, the signs are often absent: it is necessary to keep an eye on the GPS track.

The water points are absent almost until the end of the stage: bring a good supply.

We leave the village of Alberona by road; then, having passed the provincial road, we take a dirt road and start to climb gently (approximately 200 m height difference) towards Monte Pagliarone (1,029 m). After passing the summit hill, a short descent brings us back to the asphalt road for a few hundred meters; then, we go back on the dirt road and in gentle ups and downs, we cover the ridge of Monte Stillo for a few kilometers, up to the top (1,010 m).

After a short descent, we continue in the same direction until we pass the top of Monte Forno (991 m); we bend towards the east and after crossing the provincial road, we take the dirt road that goes up (approximately 200 m height difference) until we reach the top of Monte Cornacchia (1,151 m), the highest in Puglia: beautiful is the view over the entire Tavoliere delle Puglie, Gargano and the Adriatic Sea.

After a stretch in ups and downs to the nearby peak of Toppo Pescara (1,065 m, overlooking the underlying Lago Pescara), we start the descent (approximately 350 m drop) along the south-eastern ridge of Monte Sidone (bypassing the summit from the south-west ), then turn north and quickly reach the Rifugio Casonetto.

The northern part of Puglia (that is the province of Foggia that goes from the Gargano to the Apennines, on the border with Molise and Campania) is called Daunia, because of the ancient population that lived there until the 3rd century BC.

Talking about the Dauni people is complicated because the stories and legends of many people, who came from the other side of the Adriatic, overlap. According to the ancient historian Strabo, the Daunis descended from the noble fugitives of Greece: King Dauno, son of Lycaon, arrived in the Italian peninsula and here he founded his cities, expelling the Ausoni, together with the brothers Iapige and Peucezio. Another thesis refers to the Iapigi, coming from Illyria (current Croatia), who around the 1st millennium BC settled throughout the Apulian peninsula; uniting with the indigenous people, they gave life to the Dauni, in the Foggia area, and the Peucezi, in the Land of Bari. These two populations, together with the Messapi in Salento, were called Apuli by the Romans (who called the peninsula Apulia, a name still used by the English speakers to indicate the current Puglia).

The Monti Dauni are a mountain range that extends along the border between Puglia and Campania - some argue that the name of the mountain chain is improper, as Dauni people mainly inhabited the valley floor, while the mountains were inhabited by Samnites and Irpines.

With a sweet and sinuous profile, the Dauni mountains are mostly cultivated; the numerous wind turbines characterize its landscape. The highest peak is Monte Cornacchia, which reaches 1,151 m and it is therefore called the roof of Puglia: from its summit, it is possible to admire the whole Tavoliere and Gargano (towards south-east), Irpinia and Maiella (towards northwest).

On the slopes of Monte Cornacchia there is Lago Pescara, fed by underground springs and rainwater. The name of the lake (it was also called lago Peschiera) derives from the fact that the locals used it for fishing; nowadays, there are many fish that live there (in particular, carp, barbel and bleak).

The town of Castelluccio Valmaggiore is characterized by a huge circular tower: 16 m high, 6.20 m wide, and walls 2.5 m thick!

Built by the Byzantines, it is what remains of the ancient castle which controlled the valley.

Not far from Monte Cornacchia is the city of Troia, where you can admire the Basilica Cattedrale di Santa Maria Assunta - characterized by the pierced stone rose window: it is one of the highlights of Apulian Romanesque art.

The ancient inscriptions placed on the facade, together with the bronze portal, tell the story of the local bishops and saints over the centuries. Next to it, we find the bishop's palace, which contains the so-called Treasury of the cathedral: in the collection stand out three exsultet - ancient parchments of medieval origin that were unrolled on Easter day.

Typical of the area are the ostie ripiene: a dessert composed of caramelized almonds (with sugar, honey, and cinnamon) inserted between two wafers.

Legend has it that the cake was created in the church of the Santissima Trinità di Monte Sant'Angelo, trying to collect the caramelized almonds that had fallen on a shelf using the wafer.

Another traditional Apulian almond-based dessert is the mandorle atterrate: irregularly shaped, it is made of chocolate-covered almonds - other versions use caramel and honey instead.

The most representative wine of the area is certainly the Nero di Troia - the third Apulian vine, in order of importance, after Primitivo and Negramaro. For a long time considered not a very refined wine, it was used to give color to lighter wines and only in recent years it has been enhanced, with excellent results. The term nero indicates its intense ruby color; with an important spicy charge, it is often mixed with the softer Montepulciano.

Nero di Troia has been known since ancient times, appreciated by Frederick II of Swabia and by the marquises D'Avalos; according to a legend, it was the Greek hero Diomede who brought the vine from the Middle East to the banks of the Ofanto river.

Rifugio Casonetto, on the eastern slopes of Mount Sidone. The mountain lodge is self-managed and the keys must be requested at the CAI section of Foggia. Tel. +39 347 565 4232

Starting point reachable by bus from the city of Foggia, with a change in Lucera. 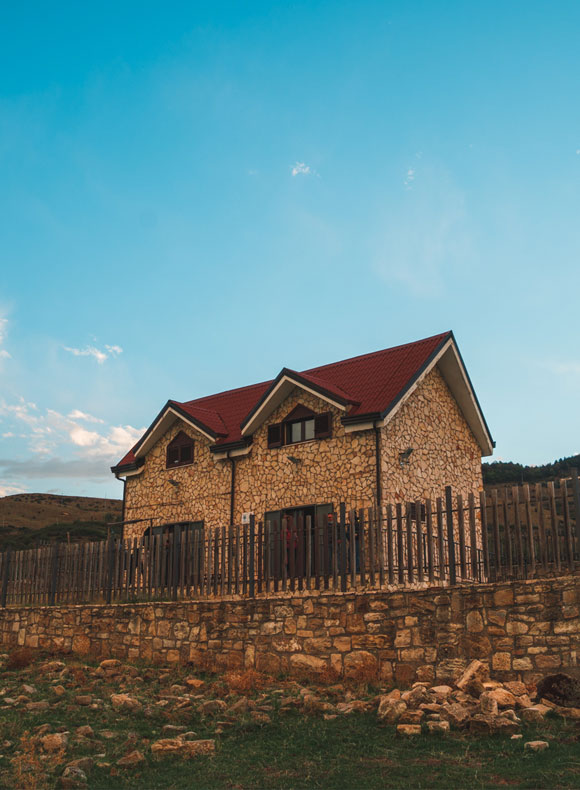 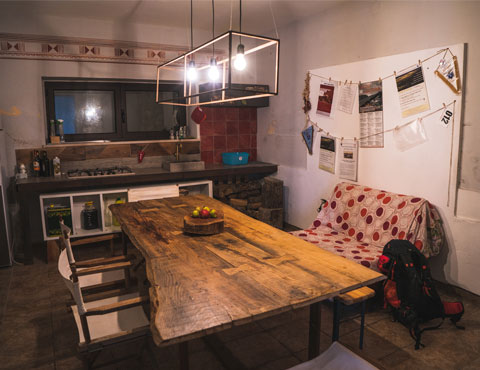