Quite a long stage in the Sila Park, which apart from considerable differences in altitude (positive and negative) offers some beautiful views, from Monte Botte Donato (1,928 m, the highest in Sila) to Lago Arvo, on the last stage to Lorica.

When we arrive near Lake Arvo, after crossing the asphalted road and returning to the dirt track, we pass some shepherd's huts, near which you may encounter some unleashed shepherd dogs that can be territorial: be careful.

We leave the centre of Camigliatello on a secondary asphalt road, then take a simple dirt road through the woods and ride on the plain along a small river. After a few kilometres we start the first climb (about 200 m height difference) over wide hairpin bends with a steady gradient through the pine forest, still on the dirt road, until we reach a saddle from which we gently lose altitude (about 100 m drop) towards Fallistro. Shortly afterwards we come to a large clearing with some old houses, from which you can take a detour to the northeast (about 3 km in total, there and back) to visit the Giganti della Sila, the monumental, centuries-old pines, the pride of Calabria.

We return to the path and descend towards the valley floor; after passing a barbed wire gate, we turn right and, having reached the valley floor, we begin the long climb (about 450 m height difference) towards the ridge, now on a path that is generally clearly visible. After an initial ramp, in the dense wood (now with beech trees), we barely lose height in a traverse until we reach the course of the Neto river, which we follow on a slight incline until we reach a wide clearing marked by the presence of a swamp (be careful not to fall in the mud); then, back among the trees, we tackle the last part of the climb, which is quite steep in places, until we reach the dirt track that cuts through the saddle just north of Monte Coppo (1,876 m). In a wide bend we reach the Strada delle Vette (summit road) and, just after, some ski facilities located just below the summit of Monte Botte Donato (1,928 m, it is the highest in the whole of Sila), with a beautiful view of Sila and Lake Arvo (where the village of Lorica is located).

We return on asphalt towards Monte Coppo and then, back on the path, tackle the long descent (about 600 m drop) to the lake, mainly along a ridge. The route, which is quite easy (we soon come to a comfortable dirt track), passes several barbed wire grids and alternates between wooded sections and pleasant grassy areas with remarkable views of the surrounding wooded areas.

When we come across a paved road, we cross it to get onto a smaller road and approach Lago Arvo. Soon after, we return to an unpaved road and take it around the northern shore of the reservoir (watching out for unleashed guard dogs that we might encounter on the way). The route is very scenic and we pass several small houses with steeply pitched roofs; it feels like Scandinavia. Finally, we arrive in the beautiful village of Lorica, the end of a stage as intense and enveloping as the forests that characterise it.

Lorica is the headquarters of the Parco Nazionale della Sila. The park, which was conceived as early as 1923, only saw the light of day in 1997, when the state officially established it.

The Sila plateau is characterised by a huge granite block which, according to some studies, belongs to the geological unit of the Alpine chain. Sila has been inhabited since the 4th millennium BC, a period for which archaeological remains have been found on the shores of Lake Cecita. According to legend, the highlands were the home of the forest god Silvanus, son of the river Crati. During the Byzantine period it was a refuge for numerous Basilian monks fleeing the Balkans.

The park is divided into three main areas: Sila Grande, Sila Greca and Sila Piccola. It extends over nineteen municipalities and three provinces (Catanzaro, Cosenza and Crotone) and is nicknamed Gran Bosco d’Italia (Great Forest of Italy) because of the vast expanses of forest that have made it an inexhaustible source of wood for ships of all eras. There is also a lot of water here: today there are no less than three artificial lakes - Cecita, Arvo and Ampollino.

The territory of Lorica is divided between the municipalities of San Giovanni in Fiore and Casali del Manco and was only settled in the 20th century. The first buildings date back to the beginning of the 20th century, when holiday homes were built, as in other areas of the Sila. After 1930, the village experienced rapid expansion, also thanks to the dam that created Lake Arvo. Numerous hotel and accommodation facilities were built to support the emergence of the Botte Donato ski area (the highest peak in the region).

Typical of the municipality of San Giovanne in Fiore is the traditional women’s costume: U Ritùartu.

The costume dates back to the 17th century, when the village was founded. The black dress is reminiscent of monastic garments, probably on the instructions of the abbots of Flore. Women of marriageable age, 15-16, received the costume as a dowry, consisting of a long skirt, a handmade white blouse and a bodice of arabesque velvet. The “mantle”, on the other hand, was the term used for the men’s clothing.

To enrich the traditions of San Giovanni in Fiore, there are the Zugghi, a centuries-old song to wish Merry Christmas and a Happy New Year, and the Frassia, a burlesque dialect performance that takes place during Carnival.

In the immediate post-war period, the film “Il Lupo della Sila” by director Duilio Coletti was shot in Sila, starring the young Silvana Mangano and the young Vittorio Gassman. A rural drama between passions and crime.

Near Fallistro is the nature reserve I Giganti della Sila, a majestic centuries-old forest of imposing larches and sycamores planted in the 17th century by the Barons of Mollo.

More than 60 specimens, up to 45 metres high and more than two metres in diameter at the base, can be admired here. They were protected by state intervention after the Second World War and declared a nature reserve in 1987. The enormous size of the trees is reminiscent of the much larger American redwoods.

Since 2016, it is the FAI that guarantees the usability of the site.

The village of Lorica lies on the shores of Lago Arvo, an 8.7 km long artificial lake with a capacity of 70 million cubic metres - the second largest lake after Lake Cecita. It was built in a marshy area thanks to a dam with unique features: instead of cement and concrete, it was made of clay and compacted earth, is a full 22 metres high and 280 metres long - a record for the 1930s! The work was completed in 1932 and Princes Umberto di Savoia and Maria José were present at the inauguration. The waters are rich in fish and numerous species of waterfowl live all around.

Also in the Sila Grande area is Lago Cecita, another artificial lake created after the Second World War II on the site of an old natural lake. The dam, which impounds the Mucone River, helps generate electricity for the city of Cosenza and irrigates crops.

Cecita is the largest artificial lake in Calabria, famous for its archaeological heritage and prohibited for navigation and bathing. In the early 2000s, traces of Neanderthals were found. In Roman times there was a settlement dedicated to the extraction and processing of pitch. The bones of an African mammoth that lived in Europe about 700,000 years ago were found thanks to the lowering of the water. The area is still being studied by archaeologists.

A typical focaccia is Pitta, whose name is of Greek origin and which is used in different ways throughout Calabria. Each family offers a different recipe and it is typical that it is filled with different types of cold cuts. In Cosenza, for example, it is fried and served with honey.

Frittole di maiale are a typical Calabrian dish made with the less noble parts of the pig and cooked in a tinned copper pot called caddàra. Everything is cooked over low heat for several hours so that the gristle becomes edible. Frittole are part of the many preparations that have made the killing and slaughter of pigs a true ritual for centuries.

Calabrian sardella is the seafood version of the more famous 'nduja: instead of pork fat, “bianchetti” or “neonata” fish - very small fish - are put in with the chilli pepper.

It is considered the caviar of the poor, is extremely spicy and comes from the Crotone area. The fish-chilli paste is used to flavour various dishes or eaten with bread. Some trace its preparation back to the Roman garum or “colatura di alici di Cetara”, although this seems unlikely.

There are several accommodation facilities in Lorica.

The starting point can be reached by bus, starting from the city Cosenza. 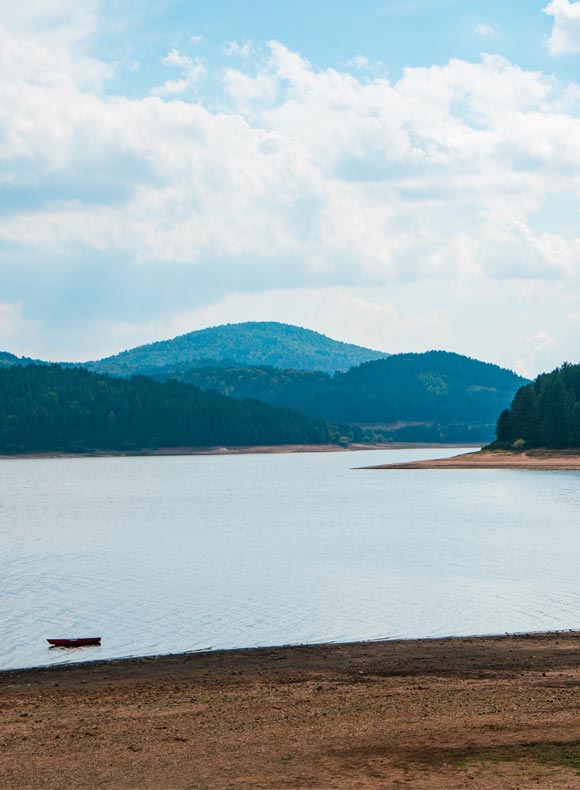 “When the sun sets, the atmosphere of Lorica is reminiscent of Twin Peaks…” 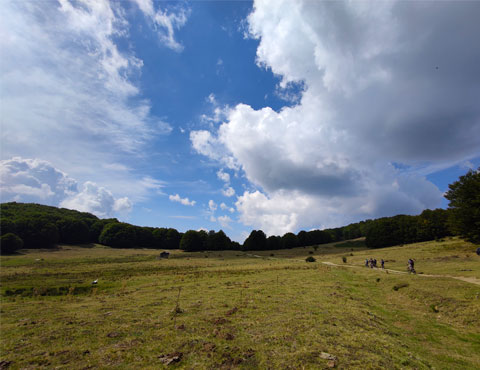