Medium length stage, but with an absolutely negligible difference in height: it flows as pleasant as the Collio vineyards.

At the end of this stage, we treat ourselves to a good glass of wine in this beautiful town, that boasts among its citizens the great sports reporter Bruno Pizzul.

Signs are often lacking and when crossing the cultivated fields, it is easy to get lost and confuse the path with those made by agricultural vehicles. Keep an eye on the GPS.

We walk through the fields along the north bank of the Isonzo river.

Turning northwards, in the territory of Farra d'Isonzo we find the interesting Museo della Civiltà Contadina Friulana (Museum of Friulian Peasant Civilization). Beyond the villages of Villanova di Farra and San Lorenzo Isontino, we cross the Lakes of Val da Bresadola. Through gentle ups and downs in cultivated fields, we bypass the town of Capriva del Friuli.

We continue on a wide road up the vineyards: we are in the Collio, famous land of wines. Not far away we admire the castle of Spessa. Continuing through the hills we arrive at the church called Chiesa del Crocifisso of Subida, where the climb to the small Monte Quarin begins. In the end, we reach the church called Chiesa della Beata Vergine del Soccorso and just below we enjoy a splendid view of the plain and the town of Cormons. For those who still feel like it, from the church a road leads to the top of Monte Quarin and the ruins of an ancient fortress. On the way down, we finally reach the center of the town.

Cormons was the border town between the Austro-Hungarian Empire and Italy. After the First World War, it was difficult for locals to understand if they had won or lost the war. Even today there is a bit of nostalgia for the imperial period, especially for the person of Maximilian I (to whom is dedicated a statue, with a  "strange" resemblance to Christopher Columbus). He had the merit of saving the city duties, as thanks for the war efforts sustained against the Serenissima.

In addition to being a land of wines, Cormons was known for its cherries and regularly hosted a huge market: cherries were sent to every corner of the empire.

Collio, Brda in Slovenian, is a symbol of transnational cooperation: proof of this is the Vino della Pace (Wine of Peace) produced with grapes from over 600 different grape varieties from the five continents, all grown in Cormons in the "Vineyard of the World". For over twenty years, the wine has been regularly donated to the Heads of State from all over the planet, as a sign of peace among peoples and embellished with labels designed by internationally renowned artists.

In autumn you should not miss the Jazz & Wine of Peace festival: a way to enjoy good wine and good music, in the name of the union between people.

The Collio, which extends from Friuli to Slovenia, is a succession of rolling hills covered with orderly vineyards: the result is delicious wines sold all over the world.

The fairytale atmosphere of this landscape holds its secret in the soil configuration. The ponca, a mixture of marl and sandstone formed over the millennia gives its grapes a strong minerality. These grapes are famous since the pre-Roman period.

The delicious Cormons ham owes its uniqueness to the light smoking process and seasoning in tufa caves.

Not as sweet as its cousin, the San Daniele ham but with more intense flavors.

In Cormons there are numerous accommodation available.

Starting point reachable by bus, leaving from the city of Gorizia.

Starting point reachable by train from the city of Gorizia. 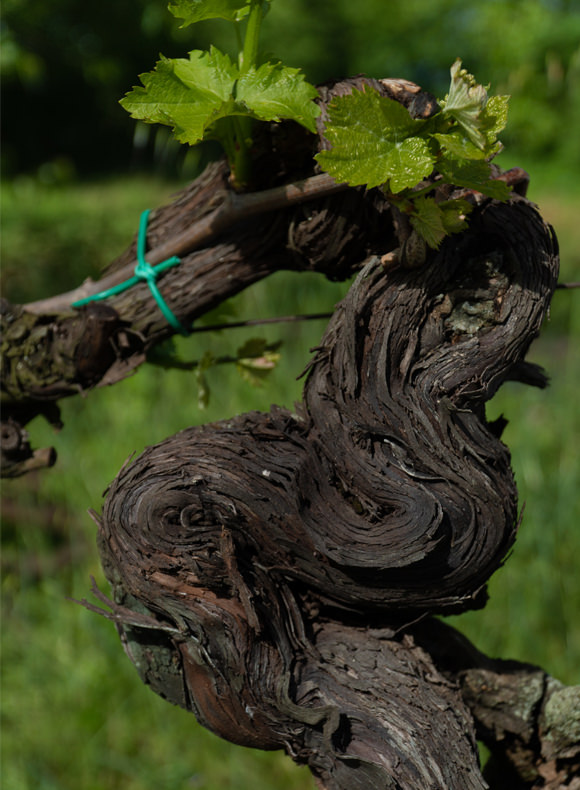 “Watching the vineyards climb neatly on the Collio hills, we realize that we are immersed in a "cultural landscape", where man and nature have collaborated generating beauty” 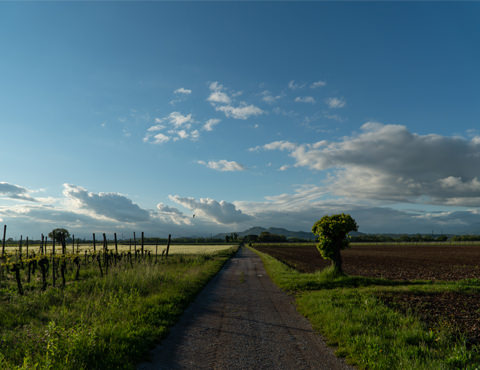