A rather long but easy stage, on an excellent flat track, among the ancient olive trees (unfortunately devastated by the xylella plague), always along the Via Francigena del Sud.

We pass through interesting villages between Carpignano Salentino, Serrano, Cannole, Palmariggi and Giurdignano, admiring the underground oilmills hidden in the Parco Naturale del Torcino and the Byzantine crypt in Giurdignano ... up to the beautiful city of Otranto.

We leave the town of Martano passing the Church of the Madonnella, first following an asphalted road, and then we continue straight ahead on a carriage road that takes us to the gates of Carpignano Salentino; from here we continue on a cycling route until we reach Serrano and finally Cannole; we cross the village reaching the square and then go up towards the north-west, up to the height of Masseria Torcito, immersed in a pine forest.

Always along the carriage road, we enter a wooded stretch of the Parco Naturale di Torcito. We meet Borgo Cerceto and here, just past the first building on the right, an arrow leads us to an ancient dovecote. Back on the path, after 100 m on the right, we find an underground oil mill; after 4 km, we meet another one. We continue with a few detours to the Santuario di Montevergine, an important place linked to pilgrimages; in this stretch you cross vast centuries-old/millenary olive groves which unfortunately have been devastated by the xylella.

From the sanctuary, after a descent, we arrive at the center of Palmariggi; from here the route develops along a cycle path and then a road. Before reaching Giurdignano, we can appreciate some dolmens and menhirs. In the village, there is an interesting Byzantine crypt carved out of the rock. The last stretch of the Via Francigena del Sud crosses splendid olive groves and holm oak woods, to then arrive in the gully of the Idro Valley, the cave of Sant'Angelo and from here to the center of Otranto - with the splendid Cathedral and the Byzantine church dedicated to Saint Peter.

Punta Palascia, or Capo d'Otranto, makes Otranto the eastern most town in Italy. A very important Roman city, in the Aragonese period Otranto was the central point of all the current Salento (called Terra d'Otranto).

The event that marked its history was the Ottoman Invasion of Otranto, in 1480: the Turks decided to attack the city with their massive army (we are talking about more than 150 boats) to attack the Aragonese kingdom of Ferdinand. Muhammad II's army landed at the Alimini lakes (now renamed Baia dei Turchi) under the leadership of Gedik Ahmet Pascià, who asked the city by sending a messenger; the Idruntini rose up against the first mediator and killed the second. After this episode, the city was put under siege: the citizens resisted for about 2 weeks, but they could not do anything against the Turkish military power, supported by powerful pieces of artillery. An indelible wound left in the history of Otranto, after its conquest, were the 800 men beheaded for not wanting to abjure the Christian faith, recognized as martyrs by the Church. From that moment on the importance of the Salento city decreased, also due to the continuous Saracen raids. The city played a very important role during the First World War with the blockade of the Otranto Canal against the Austro-Hungarian Empire.

A native of Otranto is Lorenzo Scupoli (1530-1610), a religious man known for his work The Spiritual Combat, a very successful treatise for an interior realization based on 5 principles: 1) self-doubt; 2) full confidence in God; 3) fight and methodical use of the abilities to correct one's own flaws, in order to triumph over the devil and to conquer the virtues; 4) prayer and meditation; 5) communion.

Another person strongly connected to the city of Otranto was the actor, director, playwright and writer Carmelo Bene, who owned a house in Otranto (his mother's hometown).

The raid suffered by the city in 1480 inspired his work Nostra Signora dei Turchi, written between 1965 and 1966; the work became a film, shot in Otranto, considered by the artist himself a masterpiece - like all the works of Carmelo Bene, Nostra Signora dei Turchi caused also a sensation: welcomed by critics (especially the foreign one), it was removed from theaters, following the violent reactions from the public.

On the top of the ancient center of Otranto, we find the Cathedral of the Annunziata.

It was built in the Norman era on the remains of an early Christian temple and remodeled over the centuries, up to the creation of the splendid facade enriched by the elegant central rose window, after the Ottoman occupation. The interior, consisting of three naves, is embellished by the wooden ceiling with gilding on a black and white background; at the bottom of the right aisle, there is the Martyrs Chapel which collects the bones of the 800 Idruntini killed after the Ottoman conquest for refusing to renounce the Christian confession.

What is most surprising is certainly the huge and complex mosaic (among the largest in the world) that covers the floor, made between 1163 and 1165. It depicts episodes from the Old Testament, but also cycles of chivalry and images of the medieval bestiary, a summa of the culture widespread at the time.

The Torre Matta, inside in the walls that surround the city of Otranto, is one of the defensive buildings built by the Aragonese following the battle against the Turks in 1480. The tower is part of the walls that surround the whole city of Otranto, a progressive defensive system compared to the time in which it was built - thanks above all to the low shooting system, which allowed to hit those who tried to approach the walls.

In front of the port of Otranto you can admire L’approdo. Work dedicated to the migrant humanity, a sculpture by the Greek artist Costas Varotsos created on the wreck of the boat Katër i Radës, sunk in the Otranto canal after the collision with a patrol boat of the Navy, placed in control of the Albanian immigration in 1997.

As a result of the accident, 81 people died and years later the municipal administration of Otranto decided to commemorate that tragedy with a monument, using the wreck of the sunken ship. The event was only the first of the numerous disasters that happened in the Mediterranean Sea, undermining the values of piety and humanity of contemporary Europe.

Typical of Otranto is the brodetto otrantino, widespread throughout the Adriatic coast, created by fishermen who, unable to sell small fish, not very precious or broken, used them to cook a very tasty dish.

The brodetto otrantino is in fact prepared with many varieties of fish (including redfish, monkfish and grouper); its peculiarity, compared to other soups, lies above all in the addition of pasta, broken spaghetti or tubettini.

Departure point reachable by bus, starting from the city of Lecce with a change at Torre dell'Orso. 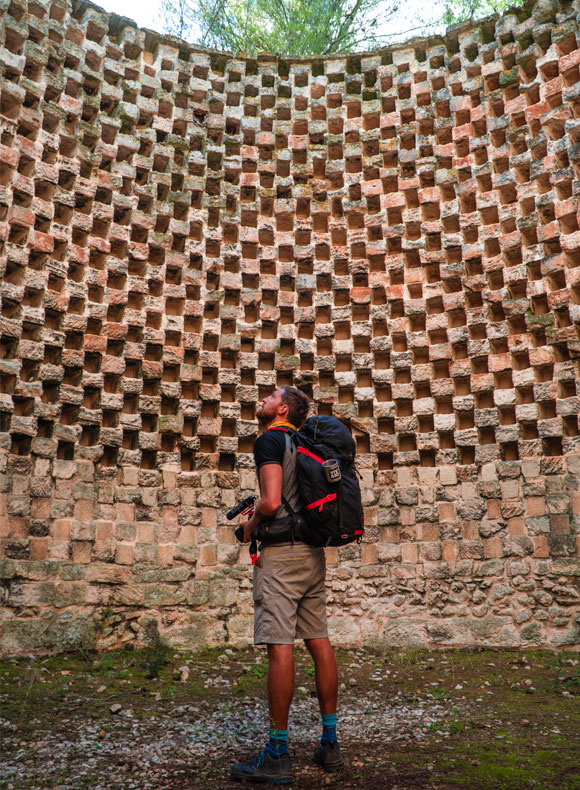 “Otranto is the anagram of tornato (returned). This is a place where you always return, that you carry around like a beautiful memory” 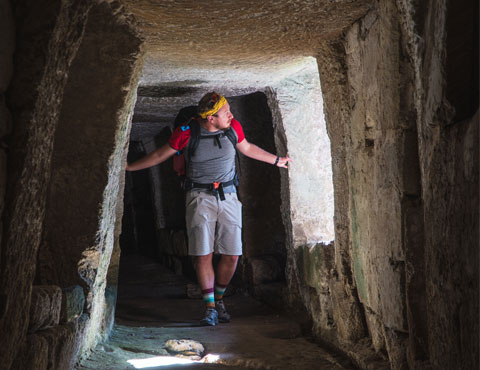