This is a long and strenuous stage, divided into a first part on paths (sometimes untrodden) through the forest and a final part on asphalt. The route, which mostly coincides with the Sentiero dei Briganti, offers some beautiful views.

The first 5 km of the stage are not passable by MTB, you have to stay on the road.

The stage has only a few water points in the middle of the wood.

We start in Mongiana and cover the first kilometres uphill and downhill on paths that are not very clean and well-trodden, but nevertheless well-marked; we pass a few rustic wooden bridges and some small fords. After crossing the small village of Fabrizia, we reach a wide dirt road that will guide us until the end of the stage in the middle of the wood.

We continue for a long time in constant ups and downs, tackling two climbs spread over 30 km in the woods: the first to Fabrizia (about 200 m height difference), the second around the small lake of Marzanello (about 100 m height difference). The last 3 km or so are on an asphalt road that takes us to the village of Limina, abandoned for years.

The Passo di Limina is one of the historical passes of the Calabrian Apennines: it connects the municipalities of Cinquefrondi and Mammola.

It is a meeting point and a border between the Serre and the Aspromonte. Some identify its name with the Latin word limen (border). It has always been a crossroads for trade and commerce between the Ionian and Tyrrhenian coasts and is now crossed by the Sentiero dei Greci (Greek Way): the path follows the road used by the Locrians to reach Medma and Hipponion, the ancient colonies of Magna Graecia that became Rosarno and Vibo Valentia respectively.

An illustrious personality of the municipality of Mammola is Nik Spatari, a painter, sculptor and all-round artist who, after travelling the main European art scenes of the mid-twentieth century, decided to return to his native Calabria with his partner Hiske Maas and found MuSaBa - the Santa Barbara Museum Park.

Nik lost his hearing in an explosion at a young age (despite his disability, he could still speak) and began expressing himself through painting at an early age, painting houses in the village. The Venice Biennale in 1958 gave him his breakthrough on the international stage. During his years in Paris, where he socialised with artists such as Picasso, Max Ernst and Jean Cocteau, he met the art dealer Hiske Maas, with whom he shared his life.

After an interlude in Milan, the couple decided to return to Calabria at the end of the 1960s, where they launched Spatari’s greatest work, the MuSaBa, making Aspromonte a cultural centre of international importance.

Nicodemo di Mammola was a monk who lived in the 10th century AD, whose ascetic efforts made him a saint - he was declared a saint in 1613 by Urbano VIII.

His message of universal love, especially towards wild animals, has led many to compare him to St. Francis of Assisi. He lived a long life (90 years), and for a long time he had a wild boar for a companion. His relics are kept in the Chiesa Matrice in Mammola and he is venerated throughout the region, especially in the nearby area of Cirò, the saint's birthplace.

The Limina Pass has become a place of pilgrimage because of the small church of  Maria SS. dell'Assunta and the Sanctuary of San Nicodemo.

The latter is located on Mount Kellerano and is the place where the saint led his hermit life. Every year on 12 May, numerous faithful come on pilgrimage here for the feast day of the patron saint.

Not far from the Limina Pass is the Santa Barbara Museum Park, better known as MuSaBa.

Designed and realised by Nik Spatari and Hiske Maas, the multifunctional complex extends around the remains of the ancient Carthusian monastery of Santa Barbara and houses inside it an artistic synthesis that unites the arts of the Mediterranean: from the Camuna arts of the fifth millennium BC to the contemporary arts of Picasso, a whirlpool of colours created by the mosaics made with the collaboration of hundreds of students from the Academies of Fine Arts from all over the world.

Colour and light were the expressive language that characterised all of Nik Spatari’s work. Among the many works, the most significant is certainly the “Dream of Saint Job”, a modern Sistine Chapel 14 metres long, 6 metres wide and 9 metres high. The work, which extends over the 16 cells of the former church of Santa Barbara, is dedicated to Tommaso Campanella.

The MuSaBa is not only a place of art, it also wants to be a kind of “City of the Sun” and at the same time a space that tries to eliminate the uncultured immobility of the Aspromonte.

Caprino di Limina is a traditional hard cheese from Aspromonte.

It is made from the milk of various breeds of goats that have been bred in the wild for thousands of years. Unfortunately, many farmers have recently favoured cattle breeding, endangering this ancient and rare tradition. Limina goat cheese matures between 8 and 12 months and has a slightly spicy taste.

This cheese is used in many Calabrian recipes, especially for stuffed aubergines.

The Stocco di Mammola is a traditional food in the municipality of Mammola.

Stockfish became part of Calabrian gastronomy in the mid-16th century, when Genoese and Venetian merchants began importing dried cod from northern countries. From the port in Naples, they travelled in small boats to Pizzo Calabro; from there they transported the famous fish on the backs of mules to the mountains, where it was considered food for the poor man to keep over the long winter.

The first historical records of Stocco di Mammola date back to the 19th century, when it was discovered that treatment with local water greatly improved the product. Since this sensational discovery, Stocco has become a symbol of the area - certainly not local food mile - and even today there are important companies that import the product in Mammola and process it with water from Aspromontana.

There are numerous recipes based on Stocco: we recommend linguine allo stoccafisso or stocco alla mammolese: stewed with potatoes, olives and peppers, cooked in an terra cotta pot - traditionally on Good Friday and Christmas Eve, it is the custom of many emigrants to bring stockfish from their country as a gift.

It is made from goat’s milk and has a peculiar shape: cylindrical and with an enlarged head, as if to form a strange... “mushroom”: some claim that the supposedly phallic shape was a symbol of fertility and prosperity.

Mammola’s smoked ricotta is still made using traditional techniques, such as the use of a fig branch during cooking - to stimulate coagulation - or the use of a fern during smoking. The ricotta is placed on the fern and over chestnut or heather embers (which give the product a unique flavour and smell) and is smoked for 24 hours.

The consistency of the ricotta is soft and velvety, but it can also be made harder by lengthening the smoking process.

There are no facilities at Piano di Limina; you must camp with your own tent (there is a free campsite).

The starting point can be reached by bus, leaving from the city of Vibo Valentia or the city of Catanzaro. 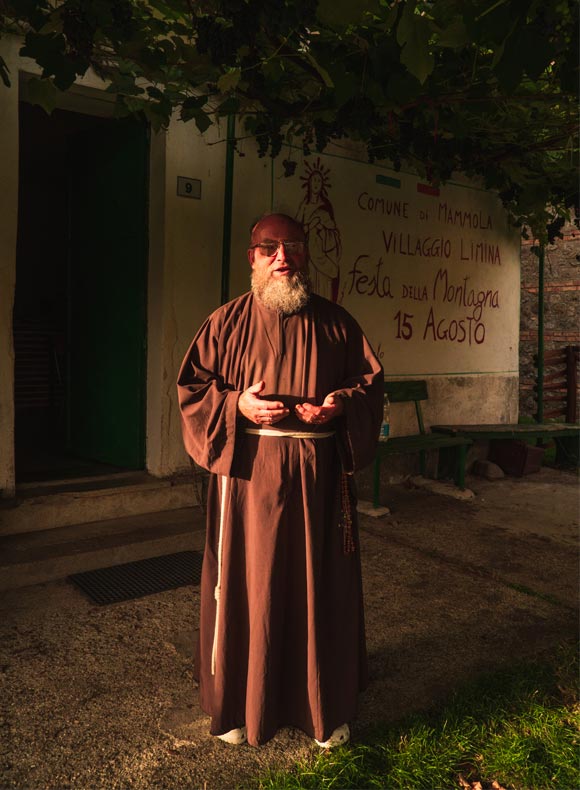 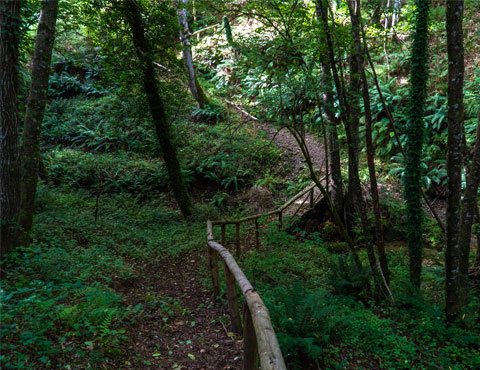