The first section leads steeply uphill and in some places the track on the ground is not clear: it is good to follow the GPS track.

From the square in Serra San Bruno, we cross the village for a short distance until we cross the Garusi stream; we then cross a dirt road and begin the long climb (about 600 m height difference) in the middle of the beautiful forest, soon on a path that is steep in places. A small stream flows at our feet at times, channelled in concrete embankments and wooden railings. We come across three very large, glacial erratics; the first is the beautiful “Sasso del Signore”, used by bandits as a meeting place for the Masses.

After this climb, we continue a little way up the slope and reach Ferdinandea, a very large complex that houses both the hunting lodge of King Ferdinando II and an old iron and steel factory, one of the largest in the area, used for the manufacture of weapons and metalworking during the Kingdom of the Two Sicilies.

After a short climb and descent on a path, we finally reach a dirt road and climb gently (300 m height difference) until we cross an asphalt road; we then continue our walk on a quiet descent (about 300 m drop) to reach the quiet centre of Mongiana.

Between the municipalities of Mongiana and Arena lies the Cropani-Micone Biogenetic Nature Reserve. 235 hectares are home to numerous mammals and birds in a vegetation characterised by silver fir and black pine. Established in 1977, the reserve was acquired by the state from the Marquise Caracciolo Imperiale di Arena in 1916.

In the area of Mongiana is one of the most important iron and steelworks of the Kingdom of the Two Sicilies. Built in the 1770s, it developed greatly and employed 1,500 workers in the following century during the period of French rule, when the entire pole was restructured.

The choice of location by the Bourbon dynasty is related to two factors: the desire to unify the kingdom (and thus create jobs in outlying areas like this one) and the region’s propensity for ironworking (there were already several ironworks in nearby Stilo).

The iron from the Mongiana ironworks was used to build the first railway line between Naples and Portici. Quality iron, steel and cast iron were used to create the Arms Factory in the mid-19th century, where precision rifles or sabres were made - a spring rifle called Mongiana was invented here.

The centuries-long history of the Reale Ferreria e Fabbrica d’Armi dei Borboni ended in the years after the unification of Italy.

Today, the ancient story of the Reali Ferriere is told in the MuFAR Museum.

In an innovative space, the museum recounts the story of an important area of industrial archaeology. After its closure, the factory fell into oblivion until it was rediscovered in the 1970s.

In 2013, the museum offered the public the discoveries of a century in the life of Mongiana and the entire region.

In the territory of the neighbouring municipality of Bivongi is the highest waterfall in Calabria: the Marmarico Waterfall, which can be easily reached by a path. With its 114 metres divided into three sections, it is a true wonder - it was included in the “Italian Wonders” project.

The small lake in front of the waterfall invites you to take a cool dip in the hot summers. The name Marmarico, in the Calabrian dialect Marmaricu, means “slow” or “heavy”; however, some claim that the meaning of the name is related to the etymology of “bright” or “shining”.

The Eremo di Santa Maria della Stella di Panzano and even more so the Cattolica di Stilo are worth a short detour.

The hermitage is located in a cave and can be traced back to the 6th century AD. It became a pilgrimage church centuries later and is characterised by the long staircase carved in stone and the fresco of the Egyptian Mary (10th-11th century).

The Cattolica of Stilo became the symbol of Calabria in the 2015 EXPO. It is a Byzantine church (the term “Cattolica” was used for churches with a baptistery) of rare beauty. The small church is perched on the wall of Mount Consolino and has five small domes. It is decorated with numerous frescoes and has also been a place of prayer for Muslims over the centuries.

ApeRoll honey is not only a very good product, especially the chestnut honey variety, but also the vessel for the story of Andrea Rullo, who, after travelling the world, decided to leave his secure job to return to his hometown of Mongiana and become a beekeeper.

Among the many important Calabrian bitters is Rupes.

Awarded best bitter in the World in 2020 (World Liqueur Awards), it was born in the first half of the 19th century from the idea of Vincenzo Errigo, who began collecting medicinal herbs at the foot of Rupe di Roccella Ionica and making the distillate only for close friends. Later he met a young man named Pietro, a promising lawyer who belonged to the cultural elite and was inclined towards liberal and unifying ideas. Together with his Carbonari friends, he greatly appreciated the liqueur and called it “Rupes”; after the death of the young revolutionary and his companions, Vincenzo Errigo decided to call the bitter Rupes, in memory of these young men; his liqueur became a symbol of the revolutionary uprisings that led to the unification of Italy.

The taste is characterised by a light liquorice and fennel aroma. 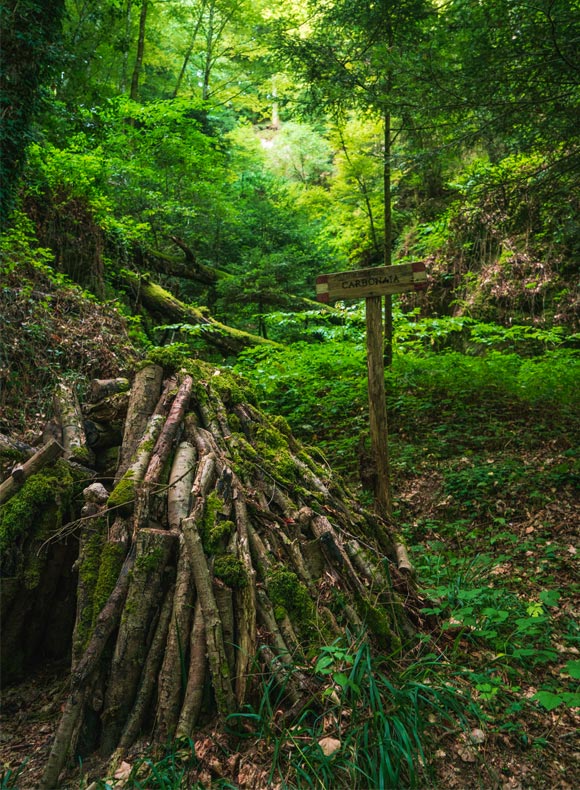 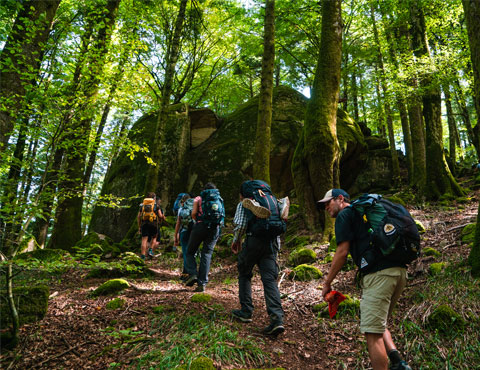