A fast and easy stage, very smooth, characterized by a long stretch on asphalt road and the beautiful villages of Montaguto and Panni.

No signs, it is better to monitor the GPS track (the route is still absolutely intuitive).

The only water point is in Montaguto.

We leave Orsara di Puglia by road, starting the slow climb (approximately 250 m height difference) towards the top of the Montagna; after a kilometer, we pass on a dirt road (with a very short interlude again on the road), surrounded by wind turbines. Once at the top (957 m) we turn south and proceed on the ridge going down (approx. 200 m drop) nimbly to the beautiful village of Montaguto, which is worth visiting.

From the village onwards, the route is entirely on secondary asphalted roads. We go down again (approximately 300 m drop) until we pass first the main road, then (immediately after) the Cervarostream. After a flat stretch, we continue to climb (approximately 350 m height difference); then we detach ourselves from the main road and take a smaller one on the right until we arrive easily at the village of Panni.

"A place, you gave the name to and to us shepherds, to doubts, wounds and fears, woods, waters, winds and loves. With our breaths and worries, you danced here, through woods, mountains, banks, and dark valleys, in this life you worned out".

These are the words that Renato De Michele dedicates to the god Pan (protector of flocks and cultivated fields), the legendary founder of the village of Panni. The myth continues to be passed on with the music of the bagpipers, an instrument, according to some, dedicated to the aforementioned divinity.

In the municipality of Montaguto you can admire the view over the Cervaro valley from the Belvedere dell'Ariella, so loved by the villagers that it deserves a large mural, which reads: be ecstatic while wearing out your soles, just to watch the world from Ariella.

The latter was built after the apparition of the Virgin to a shepherd boy (why do they always appear to young shepherds or shepherdess, never to shepherds ...). The first chapel, built in the place of the apparition, dates back to the 12th century; there were numerous reconstructions and the last one dates back to the 1960s, following the damage caused by an earthquake in 1962.

In the Bovino village, another town in the Cervaro valley, there are the Cantine Cerrato: it is a huge underground space that was probably used for the water supply of the city in the Roman period.

The traditional cheese of the Dauni Mountains is the caciocavallo podolico dauno, a stretched curd cheese made from cow's milk.

With the classic bag shape, it can also age for long periods reaching a very intense, almost spicy flavor.

The podolica, which supplies the milk, is a gray cattle breed, raised in the Apennines of Southern Italy: an animal with ancient origins (it seems to have been domesticated in the 4th millennium BC in the Middle East), it has been present on the Gargano since the 4th century BC.

A typical dish for Easter is the lamb cas' e ova (cheese and eggs), baked in the oven. 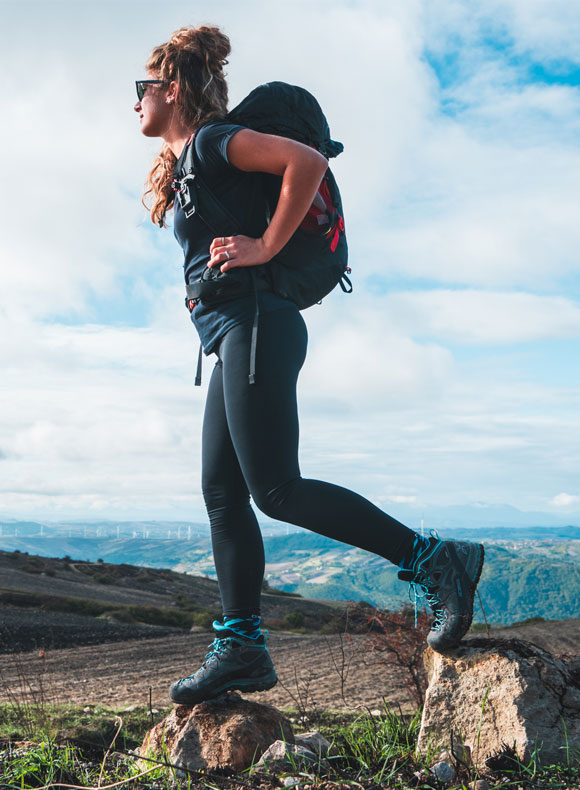 “With its houses arranged neatly on a large cliff, Panni leaves us a feeling of charm and desolation” 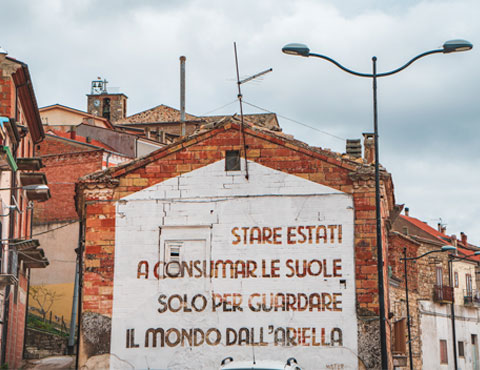