A very long stage characterized by a large positive difference in height.

The effort is rewarded by the excellent views on the western side of the Majella (with MonteAmaro well visible, 2,793 m) and on the Valle di Taranta enjoyed from the crest of Monte Porrara (2,137 m).

A very long and tiring stage: should not to be underestimated, only for the most trained. Good to start at the first lights of the day.

MTB: only for the most experienced; some push sections.

The ramp to the crest from Guado di Coccia is slippery.

The only water point is in Campo di Giove: better to stock up, we'll need it.

Rivisondoli, together with Roccaraso and Pescocostanzo, hosts the Alto Sangro ski area, the most renowned winter sports area in the Center-South.

In this area, tourism began with the annexation to the Kingdom of Italy and developed after World War II until the end of the 20th century.

World War II severely hit the Alto Sangro territory because it was crossed by the famous Winter Line, the site of numerous battles.

Built by the Nazis in the autumn of 1943 to hinder the advance of the allies who landed in Salerno, it was located along the Apennine peaks to cut Italy in two in the narrowest stretch of the peninsula. The line was breached on May 18, 1944, the famous battle of Cassino was decisive. The Germans' retreat strategy included a "scorched earth" strategy, in order not to leave favorable and resting positions to the opponents: many municipalities were entirely blown up in the area, including Roccaraso, Campo di Giove, Ateleta and Roccacinquemiglia. For the inhabitants of Rivisondoli, being on the Winter Line meant experiencing violence and abuse: many men sought refuge in the mountains by enlisting with the partisans of the Majella Brigade.

The ferocity of Nazi domination left an indelible scar with the massacre of Pietransieri: on November 21, 1943, in the town of Limmari, 128 defenseless people were killed, most of them women and children, guilty only of not having abandoned the own village, in contravention of the German army's eviction order. The only survivor of the brutal massacre was Virginia, a six-year-old girl who survived because she hid under her mother's corpse.

Today in Pietransieri there is a shrine that commemorates the innocent victims.

We leave Pacentro go down (approximately 150 m drop) along the road where the Corsa degli Zingari (traditional local race) takes place. Upon reaching a small church, we turn left shortly afterwards and immediately take a path on the right: we start the long and easy climb (approx. 500 m height difference) towards Campo di Giove, following the flow of the valley for several kilometers. Back on the track, we then arrive at Campo di Giove - where we stock up on water.

Leaving the town on the provincial road, we take the Sentiero della Libertà on the left and climb (approx. 600 m height difference) alternating meadows and woods, on a good track. The last part of the climb is on a very steep ramp, below the ski lifts.

Once at the Guado di Coccia pass, instead of going down towards Palena, we turn right, following the poles of the ski slopes and go up (about 400 m height difference) the wide ridge of Monte Porrara, in continuous ups and downs; the track alternates stretches on the ridge, never exposed, with parts just below the ridge, on the eastern side. The stretch is very scenic. After we overcame the Cima Ogniquota (2,100 m), we go down a little (approx. 100 m drop) before facing a steep but short ramp (approx. 100 m height difference) that takes us to the top of Monte Porrara (2,137 m).

A long descent (approx. 850 m drop) on an excellent track in the beech forest leads us to the asphalted road; we cross it and take the path that runs alongside a canal. After a few hundred meters, we take the carriage road to the left and continue for a few kilometers along the slopes of Monte Pizzalto (1,969 m), until we reach the asphalted road, which we take to the right; upon reaching the crossroads leading to Rivisondoli, we turn right and soon arrive in the lovely village.

The biggest plateaus of Abruzzo extend around Rivisondoli, of which the most famous is the Cinquemiglia: located at 1,250 m, it is one of the coldest places in Italy (for this reason, it is known as the Siberia of the Mediterranean). With its 9 square kilometers, it is the largest of the four karst plateaus in the area (numerous sinkholes).

Crossed by the Strada Statale 17, it connects the Alto Sangro with the Peligna Valley and in the past it was an important communication route (it seems that Vittorio Emanuele II passed through here to go to meet Garibaldi in Teano) - but full of pitfalls: given the lack of shelters, the stage coaches traveled quickly to avoid assaults and in the winter, there was a serious risk of being buried by the snow.

Along the plateaus, you will be able to see an old train passing slowly towards Rivisondoli: it is the Trans-Siberian of Italy. In the ‘80s, the Sulmona-Carpinone line was nicknamed for the landscapes’ charm, reminiscent of the Siberian steppes (the real Trans-Siberian line starts from Moscow and arrives in Vladivostok, on the Pacific coast, covering more than 9,000 km!).

129 km long, the Trans-Siberian of Italy is an extraordinary work of engineering: despite the considerable difference in height (the Pescocostanzo-Rivisondoli station, located at 1,268 m, is the second highest after that of the Brenner), it does not use the gear rack. The railway, built in 1897, instead uses an ingenious series of turns.

In the 1990s, various sections of the ordinary line were closed due to low use, until it was suppressed in 2011. Since 2014, the Ferrovie dello Stato have decided to reopen it to tourism as a historic railway: today, from August to December, it allows passengers to enjoy a journey on vintage trains through landscapes and small villages of the Apennines.

A typical traditional dish are the cazzarielli and fagioli, a rich and substantial dish that helps to keep warm during the harsh winters. The cazzarielli, small dumplings made of water and flour, are added to the bean, cabbage and bacon soup.

These are sweet waffles that can be soft or crunchy, traditionally cooked on the fire with a rhomboid-shaped cast iron.

Starting point reachable by bus, starting from the town of Sulmona. 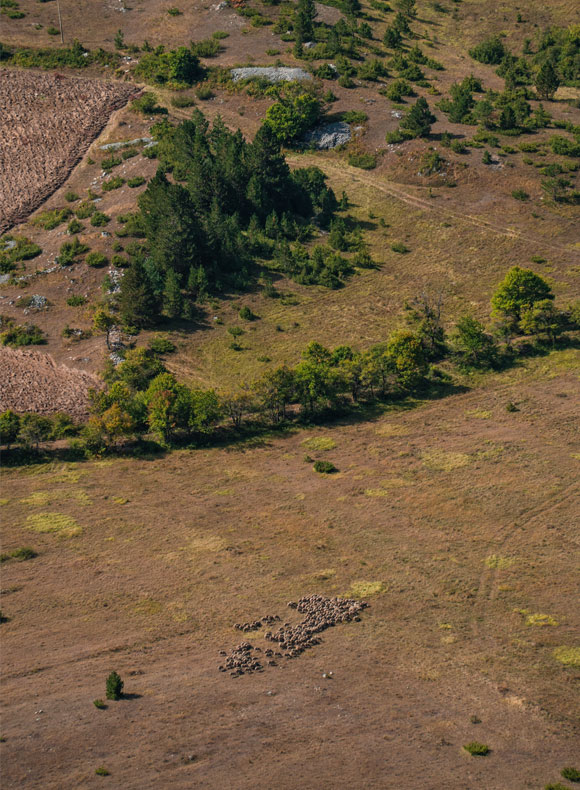 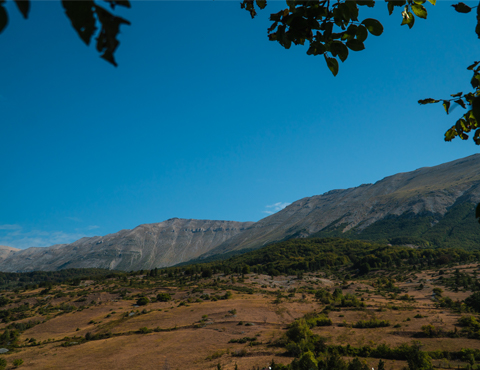