A medium-length stage, however, with little altitude difference and without technical difficulties.

Signage often absent: the GPS track must be constantly monitored.

We leave Rivisondoli on an asphalted road and cross the western end of the plain below; keeping on the road, we slightly go up to get around the mountain ridge that closes the plain. At the top of the hill, we keep to the right and take the small road that goes down towards the state road; after passing it via an underpass, we cross the new plain in front us through a dirt road and then we bend to the left (without a trace on the ground) until we enter a new cart track that climbs slowly (approx. 150 m height difference).

Once we are back on the asphalted road again, we follow it for about a kilometer up to a roundabout, from which we head southwards, entering the dirt track between the meadows of a long valley. At the end of it, we pass a barrier and enter the beech wood going up (approx. 200 m drop) on the forest road, reaching the eastern shoulder of Colle della Monna. At the top, we leave the road and pass on a traverse path that begins to descend shortly after (about 300 m drop) without major difficulties; arrived in a wooded basin, we  ascend slightly (approximately 100 m height difference) up to a pass, where we leave the path to proceed on an easy cross path, off the path (it is essential to follow the GPS track). We admire Matusalemme, an incredible centuries-old beechwith incredible shapes. The view of Barrea and its lake is very beautiful.

We return on the path and start the easy and fast descent towards the village (approximately 1,450 m drop), during which it is worth looking out to admire the deep canyon carved by the Sangro river.

In Barrea, you may come across a person dressed as Garibaldi or as a luparo (wolf hunter): it is the mythical Pasetta, a legendary man with a contagious enthusiasm. Do not miss the opportunity to be told one of his many adventures: Pasetta has had a life full of stories, he has something for everyone.

The current village of Barrea, a wonderful example of medieval fortification, was established around the year 1000 following the arrival of the Benedictine monks.

After the destruction of the first monastery by the Saracens, the Benedictines decided to build the new convent on a spur that was difficult to attack (it is one of the rare examples of fortified monasteries), not far from where the village stands today. Of the convent survived only the Studio: the origin of the name of this building is not yet clear. One hypothesis is that there was a scriptorium, while another claims that the name is due to the presence of a public school financed by the Università di Barrea (medieval congregation that managed the forest-pastoral properties), who bought the building when it was abandoned by the monks.

Unfortunately, the studio cannot be visited following the damage suffered by the 1984 earthquake.

The Barrea Lake was created in 1951 by blocking the Sangro river at the opening of the gorge just below the village; the dam is still used today for the production of electricity.

The basin, which overlooks also the villages of Villetta Barrea and Civitella Alfedena, is about 5 km long and constitutes a protected area due to its faunal importance. Despite this, bathing is allowed and there are many beaches that offer tourist services. Along the shores of the lake there is also a beautiful cycle and pedestrian path.

On the top of the historic center, it is possible to visit the Castle of Barrea, characterized by two towers, one with a square base and one with a circular base. The oldest, the one with a square base, was built together with the castle around the 11th century by the Di Sangro feudal lords; the circular tower was added in 1400 by the Caldora family. In the past the castle was used as a shelter by the local population, today it is the location of numerous cultural events.

In the village, there is the Antiquarium della Civiltà Safina, a museum that tells of the era in which the area was inhabited by the Samnites, the Italic population who lived in today's Abruzzo and Molise.

In the locality of Colleciglio, a necropolis was discovered with dozens and dozens of tombs complete with funerary objects, many belonging to children under the age of ten. From the excavations, it appears that the area of Barrea, also called Vallis Regia, was inhabited by the Samnites Pentri starting from the 7th century BC. Among the findings stands out a monumental tomb where the remains of a warrior’s armor were found, probably the clan leader, called the Warrior of Barrea, with strong similarities with the warrior of Capestrano.

The fields around Barrea are full of orapi, also known as wild spinach, which can be cooked in soups together with beans or in omelettes. The most famous recipe? Gnocchetti with orapi: sautéed with bacon, orapi are used as a condiment for simple gnocchetti made of flour and water, the typical shepherd's dish.

Every year, on 13 August, the Sagra degli orapi takes place in Barrea.

In Barrea there are several accommodation facilities.

Starting point reachable by bus, starting from the town of Sulmona with a change in Rivisondoli. 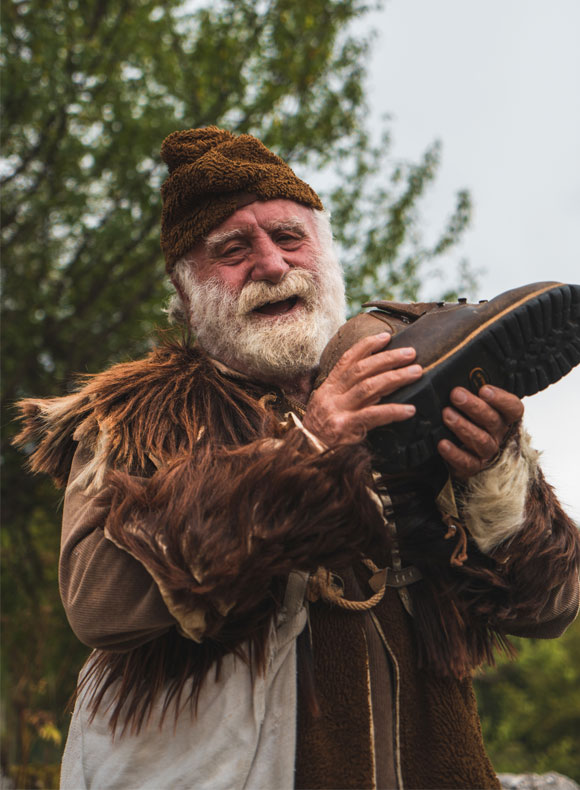 “The explosive Pasetta, dressed like a luparo grandfather, entertain us with his thousand and one stories” 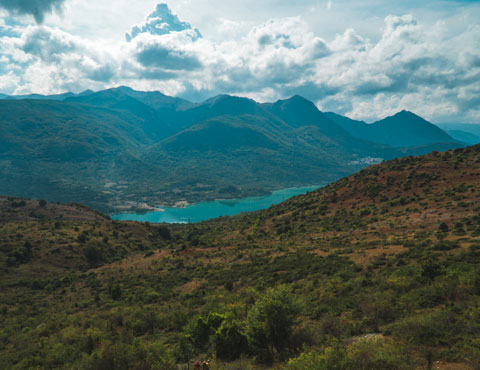