An easy and very smooth stage, among oak and olive trees, leads us to the beautiful village of Venosa.

Along the way you can meet stray dogs, usually tame: better be careful anyway.

We leave the center of Rapolla. After a large fountain, we turn to the left and go up just until we circumvent the town cemetery. We go down gradually (approximately 150 m drop) towards the stream L'Arcidiacona; after passing it on a small bridge, we begin a slow climb (about 250 m height difference), first on a carriage road, then back on asphalt, we turn right and continue to climb until we take a carriage road on the right which, after about 1 km, we leave to take a road on the left.

We slowly descend (approx. 200 m drop) up to a small torrent, we ford it and ascend slightly up to cross; after a descent, a small ramp leads us to the beautiful village of Candela.

The first to settle in the territory of Venosa were the Dauni together with the Lucanians, two populations of different origin: the first came from the other side of the Adriatic, the second was part of the Italic lineage and were probably the result of a Holy Spring (ritual of the Italic populations establishing that a generation was "sacrificed", that is, forced to move away to occupy a new settlement).

The Lucanians arrived around the 5th century in the land that took their name from them, Lucania; They spoke the Oscan language but soon adopted the Greek alphabet used in Southern Italy. They fought numerous battles in the Samnite wars occasionally siding with both sides.

During the battle of Canne the Lucanians, like the other populations of Southern Italy, sided with Hannibal - infuriating the Romans, who never forgave the betrayal. They participated in the Social War to obtain Roman citizenship and together with the Samnites, they were the last to surrender and the only ones not to have citizenship, when the Romans finally granted it to the Italic peoples.

General Silla razed to the ground several Lucanian cities following the civil wars and from that period onwards the Romanization of Lucania and its people was inevitable.

The city of Venosa is the birthplace of important historical figures.

In 65 BC, the Roman poet Quintus Horatius Flaccus was born here, better known as Horace: one of the greatest poets of the ancient age, a master of style with a sharp irony. His father was a collector of public auctions in the newly formed Roman colony of Venusia, built at the end of the wars between Rome and the Samnites. The poet, after studying in Rome and Athens, embraced the Epicurean current that appeased the fear of death with a philosophy centered on the present and on the genuine pleasures of a good existence.

In 1232,in the castle of Venosa, Manfredi, son of Frederick II and Bianca Lancia, future king of the Swabians, was born. His defeat in the battle of Benevento, in 1266, marked the transition from the Swabian to the Angevin domination in Southern Italy.

In Venosa, during the Aragonese period, the Gesualdo were feudal lords and in 1566, Carlo Gesualdo, Prince of Venosa, great musician and composer, was born there.

He lived first in Naples and later in Gesualdo, he was an innovator of the musical language through a complex harmonic structure, that made him one of the masters of polyphonic music; he composed sacred music, numerous madrigals and excelled so much that he earned the title of Prince of Musicians. Long forgotten, in the 20th century, Gesualdo was rediscovered and much appreciated - so much so that Igor 'Fëdorovič Stravinskij composed three of his madrigals for instruments.

His notoriety as a musician is equal to that he achieved for killing his wife Maria d'Avalos and her lover Fabrizio Carafa, caught in the act in the conjugal bed.

The symbol of Venosa is the imposing Aragonese castle, built in 1470 by Duke Pirro del Balzo: it represents a splendid example of a square-plan fortification, enriched by four cylindrical towers at the corners.

The castle was built where once stood a Romanesque cathedral, built on cisterns from the Roman age. Today, inside the castle there is the Museo Archeologico Nazionale di Venosa, that contains numerous artifacts ranging from pre-Roman to Norman times; another section is composed of the finds found in the archaeological area of Notarchirico, where in 1979, they were found the remains of large animals (elephants, bison, rhinoceros) and the femur of an adult female of homo erectus dating back to the Paleolithic era - over 300,000 years ago!

Just outside the town, you can admire the Roman ruins of what was once the city of Venusia.

The Bourbons were the first to start a campaign of excavations in the 19th century, finding numerous bronzes, terracottas, and coins; after bringing the finds to Naples, the remains of the buildings were buried again. Only in 1935, a new excavation campaign allowed to bring out the wonders of the archaeological park, in particular the amphitheater and the thermal baths.

The amphitheater, developed on three levels of bleachers, could accommodate up to ten thousand spectators (the statues and monuments that adorned it were transferred to the Archaeological Museum of Venosa).

Where the thermae complex once stood, you can still admire the marine motifs mosaics that decorated the pools.

Next to the Roman ruins stands the complex of the Santissima Trinità, an area recognized as a national monument since 1897.

The complex, built over a pagan temple dedicated to Hymen, is composed of two churches: the old church, built in the early Christian period (5th-6th century) and modified by the Lombards and Swabians, and the new church, or unfinished church - so called as it was never completed.

The ancient church, consisting of three naves, is 1,000 square meters large and contains two magnificent baptismal fonts, one with hexagonal shape and the other with the shape of a cross, and the column of friendship (according to the tradition, walking around it holding hands is an omen of eternal friendship). The construction of the new church began between the 11th and 12th centuries using the remains of the nearby Roman ruins; it was never completed because the Benedictine monks ran out of funds and had to close the monastery in Venosa.

In the 1st century AD during the imperial age, some Jewish communities, among the first to arrive in Italy, settled in Venosa. As evidence of this presence, catacombs have been found on the Maddalena hill (just outside Venosa). Discovered in the mid-19th century, they have been enhanced since the ‘70s of the last century.

The burials are rich in Jewish iconography; nearby there is another building with Christian iconographies, testifying a peaceful coexistence between the two communities. The findings of the Jewish catacombs are among the best examples of Judaism in Southern Italy.

A typical salami of the area between Basilicata and Puglia is the pezzente, prepared with the poorest, but tastiest, parts of the pig.

Historically, it was prepared with offal (liver, spleen, and lungs); in more recent times the slaughtering waste is mixed with a good part of pork fat. Spices (fennel seeds, dry pepper powder) are added to the recipe and then the salami is left to mature. In the past, it was mainly used to flavor sauces, in particular ragù, or to flavor soup, called minestra maritata.

In Venosa there are numerous accommodation facilities.

Starting point reachable by bus from the city of Potenza. 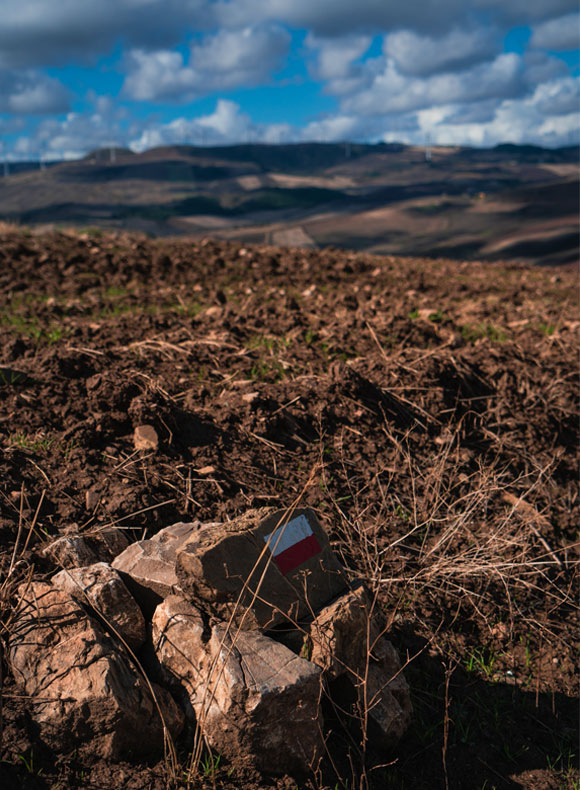 “At the hermitage of Cerreto, we are welcomed by the eclectic father Cesare, who talks about his life choice as a... repentant Milanese” 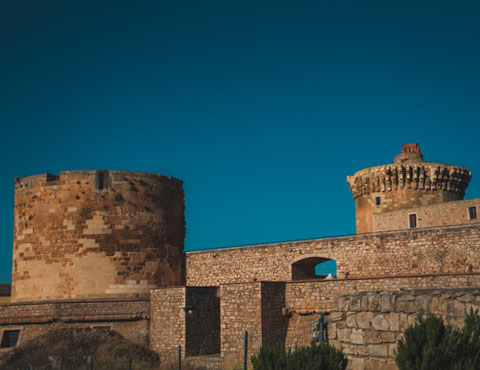