A stage almost exclusively downhill, relaxing, despite the length; the landscape becomes more and more Mediterranean as we pass by typical villages such as Castelvecchio Cavisio.

From Castelvecchio Calvisio onwards, the signs are completely missing: keep an eye on the GPS track.

We leave Santo Stefano di Sessanio and, after having skirted the cemetery, we turn right on the asphalted road that goes down (about 200 m drop) with a long turn to the valley below; after a couple of hairpin bends, we pass on a wide path and walk along the wide valley floor, admiring Rocca Calascio at the top left.

After a few kilometers, we reach Castelvecchio Calvisio; the beautiful center is largely condemned due to the 2009 earthquake. From the village, we follow the asphalted road for a few hairpin bends, then we take a narrow path and begin a slow descent (approximately 300 m drop), soon passing over a dirt road and finally arriving on an asphalted road. We turn left and slightly ascend to a pass, then take the path on the right that crosses the wide cultivated hollow in ups and downs.

After having cut a few bends of an asphalted road, we climb easily to a new pass, from where we turn northward and slowly descend (approximately 100 m drop) on a sometimes slippery track, until we enter the asphalt road that leads us to Ofena.

The Ofena basin is also known as Fornetto d'Abruzzo: thanks to the southern exposure and the low altitude, its temperatures are milder than those of the internal valleys. The different landscape can be seen at a glance, especially due to the presence of olive tree groves and vineyards.

The transhumance   (the seasonal migration of livestock) has profoundly marked this area: most of the families who lived here worked with pastoralism. The royal path Aquila-Foggia passed nearby, a real highway for flocks of sheep and shepherds.

Villages were mainly populated by women: only during the summer, when the flocks were free to graze in the huge Campo Imperatore, shepherds were allowed to return to the village - for three days every two weeks. From May to September all the men (from the age of eight) left for the transhumance to Foggia.

All of this has had profound cultural implications and left traces also in the local language: two dialects have developed, one feminine, much more closed and close to the original, and the masculine one, contaminated by the trips, in particular those to Puglia; there are still different words and phrases in the female or male version.

Ofena is located upstream of the Tirino Valley. It was created from the ancient city of Aufinum, founded in pre-Roman times by the Vestini.

In the archaeological area was found the statue of the Capestrano warrior and it became one of the symbols of the Gran Sasso National Park. The statue, more than two meters high and characterized by a large wide-brimmed hat, was found by a farmer in 1934. It is probably the funeral statue of a royal person, represented with armor and weapons. Today it is kept in the Museo Archeologico of Chieti.

Not far from Ofena, there is Rocca Calascio, consisting of a castle and a medieval village located on a ridge at 1,460 m,which became famous thanks to the cinema.

Its favorable position has allowed the control over the territory and of the sheep tracks on the southern side of the Gran Sasso over the centuries. It was part of an ancient system of towers and castles that connected the mountains of Central Italy and the Adriatic coast through fire and smoke.

Thanks to the fortress’s watchful presence, the villages of Santo Stefano di Sessanio, Castel del Monte and Castelvecchio Calvisio were able to remain without military protection.

West of Ofena, in the village of Bominaco, there are the chiesa di Santa Maria Assunta (1184) and the Oratorio di San Pellegrino, built on a votive chapel dedicated to San Pellegrino, commissioned by Charlemagne at the end of the 18th century.

The oratory represents a unicum of its kind for the conservation of the frescoes that cover completely the interior nave. The colors on the walls dazzle with their brightness, thanks also to the recent restoration. Among the frescoes, dated 1263 standsout the so-called Calendario Bomiacense which amazes for its modernity. In 1996 the oratory was a candidate to become part of the World Heritage Sites protected by Unesco.

The nearby Navelli hollow is one of the largest saffron cultivation areas in Italy: this is where originated the seeds that allow the cultivation of the precious spice in other areas of Italy.

In autumn, from the beautiful village you can admire the purple-colored countryside - especially in the early morning, as the manual harvesting of saffron is done before the flower opens, in the late morning. The production of the spice has been a source of income for the inhabitants of Navelli since the Middle Ages, when it was introduced from Spain.

Departure point reachable by bus from the city of L'Aquila. 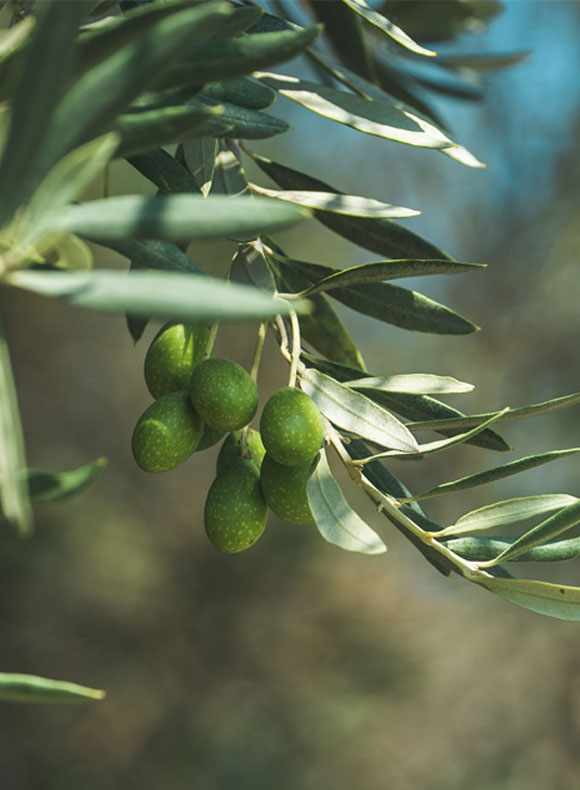 “Southern Italy is approaching: the great olive groves we are crossing prove it” 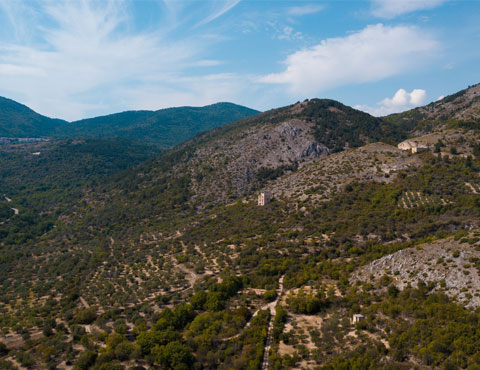