This is a medium-length stage, mostly on unpaved and asphalt roads, with no significant differences in altitude, neither uphill nor downhill.

The route is of no particular interest, either scenically or culturally. Let's end the Campania!

Crossing the state road requires attention due to traffic and speed.

Signs are often missing, faded and covered by vegetation; even the track on the ground is often difficult to see in the woods.

This stage is not recommended in the summer months (the asphalt is hot in summer).

No water points: take a good supply with you.

MTB: In the forest sections you have to carry your bike by hand.

After leaving the centre of Sanza, the first kilometres of the walk are on asphalt roads, some of which are quite busy with traffic, so it is advisable to pay attention (especially on the main road, where the pavement is usually missing). Once you have crossed the state road, the path becomes a dirt road and you begin to walk on a false level until, after a little more than 1 km, you enter the woods and the climb becomes steeper (about 250 m height difference).

In the woods there are no signs and the path is often covered in foliage and not visible: we often look at the map to avoid taking the wrong path. The climb ends at a picnic area, which has unfortunately been abandoned. We leave the wood and continue over stones and rocks, paying attention because the markings are there but faded and therefore not easily visible. Once back in the woods, we continue along the path, descending (about 200 D drop) and then taking a dirt road that leads us, after about 3 km, to a small group of abandoned houses where there is no water source.

From here on, we continue on asphalt until we reach Fortino (except for a short stretch on a dirt road); there are no major differences in altitude, only slight ascents and descents

Fortino is a hamlet shared by two municipalities from two different regions, a very rare case in Italy.

Although this area lies on the border between two regions, it certainly belongs to the historical-geographical region of Lucania. The Lucanians, an Italic people of Samnite descent, lived here for many centuries.

They were not the first to inhabit this area: until the 5th century BC, those whom the Greeks called Enotrians - whose hero Italo gave his name to the whole peninsula - lived here. The Lucanians descended to what is now Calabria and had numerous disputes with the colonies of Magna Graecia, but as with the other Italic peoples, their history is linked to their relationship with Rome. Subjugated as early as 275 BC, they took part in the social wars and sided with the king of Epirus in the Roman war against Pyrrhus. During the Second Punic War, part of the population sided with Rome and part with Hannibal. This shows that the pre-Roman civilisations did not have a unified position, a feature that helped Rome to its historical supremacy.

The first stage of the Cammino di San Nilo, dedicated to the Basilian monk who died in the year 1000, leads over nearby Mount Torraca.

The route, devised by the Cammini Bizantini association, begins in Sapri and leads through the lower Cilento to Palinuro. Winding between mountains and sea, the fourteen stages of the route are linked by the Greek-Italian history of these places, from Magna Graecia to the Byzantine period.

On the top of Mount Torraca is the Museo dell'Uomo e della Natura (MUN), built in an abandoned quarry. It is a place where numerous events, exhibitions and engaging demonstrations take place: Science, Nature, Landscaping, Technology, Theatre, Music and Poetry. The view of the Gulf of Policastro makes this area a unique place to celebrate the beauty of nature and the genius of man.

Born from the collaboration between the Città della Scienza, the Associazione Domenico Scarlatti and the Society Ericusa, the MUN with its splendid amphitheatre has brought back to life the ancient tradition of Magna Graecia. It is located in the municipality of Tortorella and its partners include WWF and LIPU (Lega Italiana Protezione Uccelli). This rehabilitation project aims to attract sustainable tourism to an important link between Campania, Basilicata and Calabria.

For more information on timetables and tickets, visit LINK.

In the municipality of Casaletto Spartano are the Caves of Mariolomeo in the hamlet of the same name.

Sarconi beans PGI are a typical product of the Val d'Agri, between Campania and Basilicata. They are grown throughout the region, take their name from the town of Sarconi and are characterised by their quick preparation and easy digestibility.

A typical traditional recipe is fasul' e pistidd', beans and chestnuts: a vegan recipe typical of Lagonegro and cooked in the “pignatta”, an earthenware pot.

There are no accommodation facilities in Fortino.

The starting point can be reached by bus, which leaves from the city of Salerno.

Here is the  LINK, to check the timetable.

Starting point NOT reachable by train.. 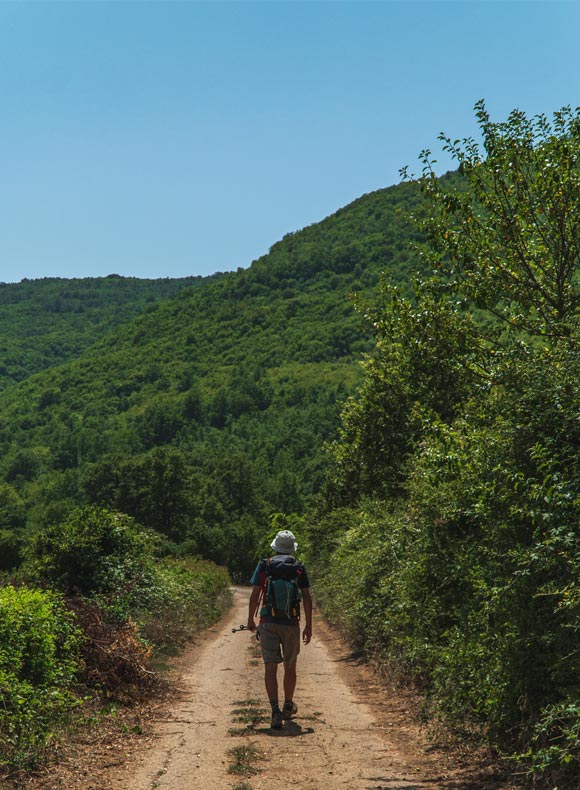 "We leave sunburnt, but the people of Campania know how to leave us with good memories" 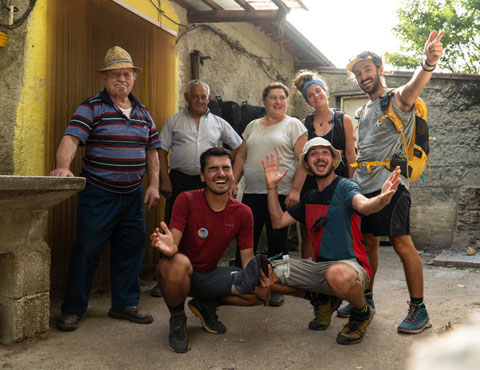